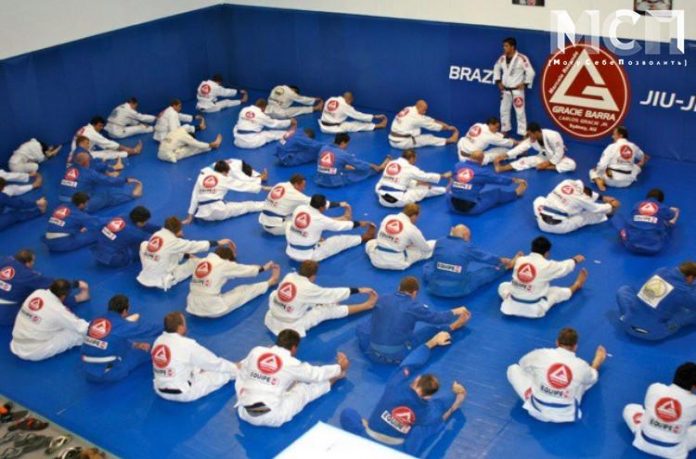 During the last decade, BJJ has spread so far that it can be considered a global phenomenon. Today, there are schools in nearly every city in the world. Even more so, most places have more than one BJJ school to choose from. However, the rapid growth of the sport means that not every BJJ school offers the same level of services. Despite the fact that most BJJ schools are legit, there are some precautions you need to take when choosing one to train at. After all, you’re going to spend a lot of time there.

Given the addictive nature of the sport, it is rare that someone that gives BJJ a try, remains in it only recreationally, This doesn’t mean that all of the people go on to be competitors. It is just a testament to the fact that BJJ takes over most of the people and gains a significant value in their lives. Given so, it is easy to see why the choice of a proper school is crucial o one’s BJJ journey. If you take into account how much time a student spends on the mats in a week, only the choice of a significant other tops the importance of choosing the right BJJ school.

Arguably the most important aspect of a BJJ class is the instructor. Whoever is in charge of a BJJ school bears a huge responsibility. A BJJ instructor should first and foremost, be qualified to teach. In those terms, a black belt instructor is always the best choice. Going further into things, a black belt of good lineage and with decent experience is even better. A black belt with all of the above, plus an extensive competition record is probably the best.

The school’s affiliation is a big pointer to the quality of personnel associated with it. Certain organizations have strict rules as to who gets to be the lead instructor. While the specific crest affiliation doesn’t matter, the selection standards do. Again, go with the proven and make sure you’re becoming part of a renowned BJJ school. This way you’re most likely to end up with a legit instructor.

The instructor’s character and teaching style are traits that often have little to do with their knowledge and technical abilities. Sometimes, a person just isn’t clicking with you for one reason or another. There is no need to force yourself to work with someone unless you actually enjoy their company. Make sure you look at every aspect closely before you enroll.

Another major aspect is the school’s philosophy or better-said orientation. as far as BJJ goes, schools can go into three main directions, although two of them are the most prevalent. A BJJ academy can be competition-oriented, self-defense oriented or focused on recreational classes (which is very rare).

Competition-oriented schools often have great athletes that have the accompanying mentality. These schools are based on hard work, lots of drilling and tough sparring rounds. If this is not your forte then you should maybe look for a different school, or maybe a different class group within the same academy. However, be wary that if competition is your goal than self-defense academies should definitely be off your list.

Self-defense academies, although often competitive, have a different aspect of JIu-Jitsu as their main focus. They’re great if you’re looking to learn a way to protect yourself, but probably not your best choice for competitive aspirations. The recreational athlete, though, might find a self-defense oriented BJJ school to be a good fit. 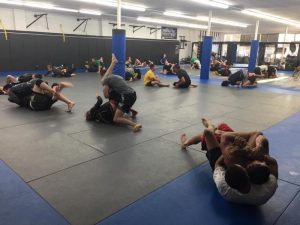 Very often the school’s philosophy determines the class structure. This is also often in line with academy affiliation, so make sure you cover your basis.

The first point on your selection checklist should be the number of classes. Are there 3 or more classes per week? How about open mat sessions? Are there Gi only classes or No-Gi training is included as well? Does the time of day fit your requirements?

All of the above questions play a crucial role in the selection of a school to train at. It would be hard to sustain a schedule that doesn’t fit in with your daily duties, so make sure you have a checkmark next to every question stated above.

In terms of class structure, you should know that a usual BJJ class is made up of a warm-up, a learning part where new moves are demonstrated, a positional sparring part and a free sparring or rolling part. If a school has a well defined and neatly followed structure than you’re at the right spot.

You wouldn’t want to come back home after a week’s worth of classes with a transferable skin disease, would you? If not, then make sure the cleanliness practices of the school are up to your standard. Now, do not be a diva and presume that a BJJ school is a place of immaculate hygiene. After all, there are all sorts of people coming and going every day.

Good signs of a well organized and clean BJJ school are easy to spot. First, check out the changing rooms. Are they clean or dirty? Is there a foul smell about? Next, take a tour of the facilities. Clean toilets, available showers, and a suitable capacity should seal the deal. Furthermore, really make sure that mat hygiene is at the highest level possible. MOuld on the walls and dump mats are signs that you should run, and run fast. Clean mats and a cleaning schedule mean that you’ve walked in a top class BJJ school.

Although the school itself can have little impact on personal hygiene the manner in which it deals with infarctions speaks volumes. Namely, most schools have a code of conduct and an etiquette outlining rules of behavior. The rules should apply to everyone and be upheld rigorously. 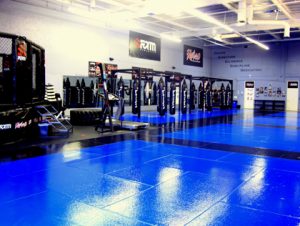 This aspect is closely related to the school’s philosophy.  Most BJJ schools tend to be family-friendly, meaning they have a diverse pool of people training. Even if they have professional fighters, they get their own classes apart from the people that are just looking for exercise. After all, there’s no need to go against young studs preparing for MMA fights if you’re in your 40es and just looking to have fun rolling.

Even if there are mixed groups, a good class structure can allow for successful training of different levels at the same time. Such a feat is possible only if there is more than one instructor present. A gym that has all levels training the same things together and pairs up pro competitors with recreational members should not be your first choice.

To cap it off, make sure you’re aware of any legal aspects of your involvement with a BJJ school. Is there a contract that you need to sign? If so, do you understand every point of it? Do you accept all the terms? Make sure you’re clear what you’re signing so that you do not regret it afterward. Pro competition-oriented schools take things much more seriously than your everyday academy. That said, you need to know your goals and your expectations.

Fake BJJ Black Belt Jay Queiroz Teaching and Rolling in the Park! Is it Possible That This Guy is Still Teaching People?

Rener Gracie: We Got Jacked for Over $10,000 by Jiu Jitsu School in Canada