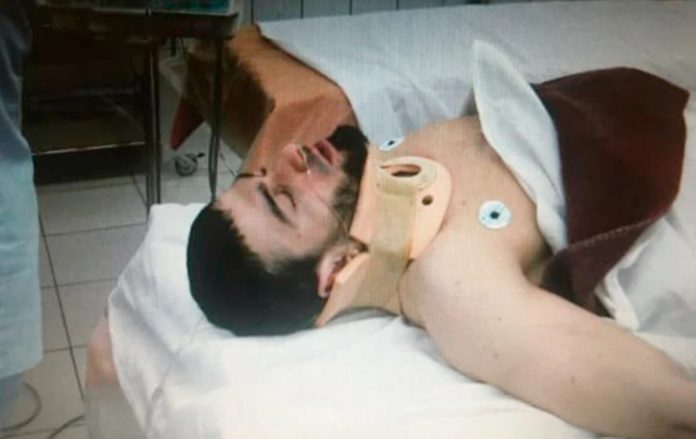 Disturbing news coming from Russia today point to a very tragic accident during a grappling competition that has left a fighter paralyzed as a result of a freak accident. At the Universal Fighters Open Cup in St. Petersburg, fighter Payzutdin Aliyev ended up with a life-threatening grappling injury. He was immediately rushed to a hospital where doctors found a fracture of the cervical vertebrae and damage to his spinal cord, among other injuries. The 26-year old suffered paralysis to his arms and legs as a result of the severe injury.

The 26-year-old fighter, Payzutdin Aliyev originally from Dagestan, took part in the Universal Fighters Open cup in St. Petersburg, Russia which took place on February 11. During his submission grappling match, Aliyev ended up with a very nasty fall, that saw him land on his head. The impact caused immediate injury to his head and neck, leaving the grappler screaming in agony. 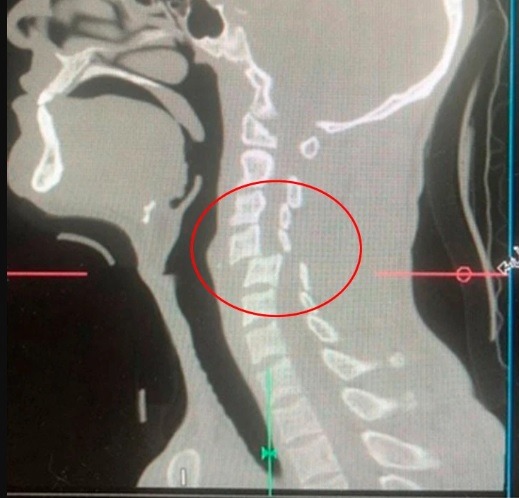 The match Aliyev competed in as a No-Gi submission grappling match, with the ruleset still unclear. It was a move Aliyev initiated himself, though, that ended up leaving him with a life-changing career-ending grappling injury though. Apart from his fractured vertebrae, CT scans also showed significant brain trauma, with a brain contusion and a closed craniocerebral trauma. The Dagestani born fighter will now remain paralyzed from the neck down.

The Dagestani Sports Ministry issued a statement saying “No one in our life is safe from accidents. Aliyev received a severe spinal injury and now he needs financial assistance.” Wrestling and Sambo are hugely popular sports in Dagestan, given that one of the country’s most prominent sports figures is UFC champion Khabib Nurmagomedov.

As per the information in the Sun, Aliyev went for a flying armbar submission on his opponent. However, he seems to have timed his attack poorly, leading up to him suffering a devastating fall which resulted in the horrible grappling injury to his neck. In the video below, Aliyev can be heard screaming in pain after his fall. His opponent immediately stopped the action trying to help the injured grapplers. Spectators and medical staff can also be seen rushing in to help the injured Aliyev.

After the fact, a fundraising campaign has been launched to help support the injured grappler.