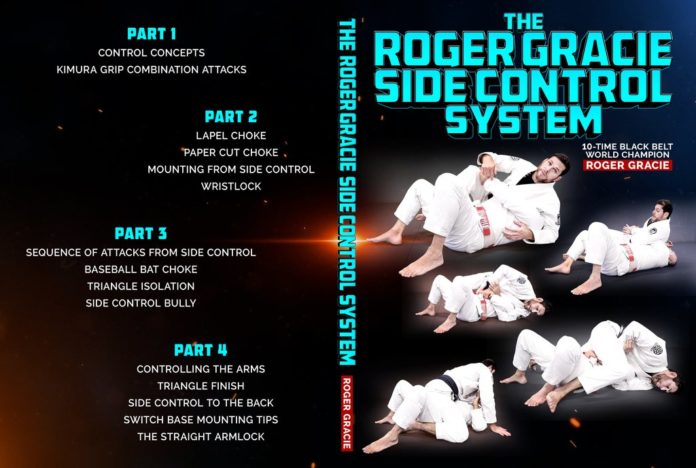 Roger Gracie is a name that everyone in grappling has heard of. Those that are newer in the BJJ world might not have had the chance of enjoying his performances live, but you can see recordings of most of them. In fact, you probably have. Roger, both in his MMA and BJJ fights always had an extremely simple game, that was just as devastating as it was uncomplicated. Now, he provides us with the details of one of the key aspects of his game – The Roger Gracie Side Control System in the form of a modern-type Roger Gracie DVD instructional.

I’ve always enjoyed Roger Gracie’s Jiu-Jitsu, whether it is watching him fight, or hearing him teach. He is one of the best instructors ever, although has not really exposed himself too much in the digital BJJ World. Getting your hands on a Roger Gracie DVD is not hard but there aren’t too many of them available. So, when something like the Roger Gracie Side Control System instructional hits the shelves, you know exactly where your Black Friday savings should go.

One Of The Greatest Grapplers Ever!

Gordon Ryan, Buchecha, Marcelo Garcia, Roger Gracie. Those are the four names you’ll find in every BJJ GOAT discussion online. And there’s a great reason for it – they all deserve to be mentioned. While Buchcecha and Ryan are still going strong, and they have competed against each other, the other two are from a different era and we’ll probably never see the four of them settle the debate once and for all by actually going toe to toe o the mats.

That said, Roger held the GOAT title for a long while there, especially after managing to submit everyone in his division and the absolute in the Worlds. Throughout, he used an extremely simple system of taking people down, passing, getting to mount and cross choking everyone. As you imagine, stuff like the Roger Gracie Side COntrol System played a huge part in his game, and not just at that particular edition of the Worlds.

Roger beat pretty much everyone in BJJ in his prime. He has 10 world titles, 2 ADCC titles, as well as titles in all other major competitions. One of his records is submitting all 8 opponents in the 2005 ADCC, something nobody has been able to replicate since. Roger has only 7 losses in 83 BJJ matches, and 82% of his wins have come by way of submission. Now if that’s not enough to get you excited about a Roger Gracie DVD, nothing is.

People have said over and over again that Roger Gracie has a very simple game. That doesn’t mean that his game is not high-level, or that there are not a thousand little details that make it all work and seem so effortless. However, the fact of the matter is that he likes to keep things fundamental, rather than go for flashy stuff.

As you’ll see in the “Roger Gracie Side Control System” Roger Gracie DVD, he focuses on several key aspects. First of all, he likes to be on top. Despite having a great guard game, Roger never spends too much time on his back. Next, he likes to be heavy, using weight distribution and angles to make it difficult for people to move and breathe. Finally, he likes to submit directly from a pressure position, not having to change everything just to get a tap.

This Roger Gracie DVD will teach you all of the above when it comes to executing the Roger Gracie game from side control. 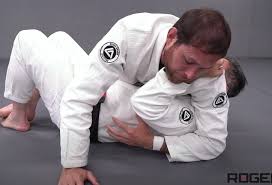 The Roger Gracie Side Control System is a modern Roger Gracie DVD instructional, with four volumes and a clear-cut structure. There’s no need to talk about Roger’s teaching methods, as he is one of the most accomplished BJJ instructors in the world. You will get great details on key aspects of controlling the side control position and finishing from it using a myriad of attacks. In other words, this is the old-school Gracie type of side control that will forever change your top game.

Opening up is a volume that explains how Roger Gracie likes to control people from side control. You’ll get a real master class inside control variations, mostly switching between “classic” side control and the dreaded 100 Kilos version. He also explains in great detail where arms should go, how to position your hips, and most importantly, how to feel really heavy no matter how big your opponent is. There are also different grip variations, using both No-Gi and Gi grips to help you stay in control while you’re in the position.

The first volume of this Roger Gracie DVD doesn’t just cover control, though, there’s a section in there on the Kimura grip, and how it can help you both stay in side control, and set up a submission.

When it comes to chokes, especially collar and lapel based ones, there’s hardly anyone better to learn from than Roger Gracie. In the second volume of the Roger Gracie Side Control System instructional, he shared several high-level choking options from side control that you’ll fall in love with.

He starts off with a really simple lapel choke, followed by the best details you’ll ever hear on the Paper cutter choke. Let’s just say that getting to Roger’s side control will mean the same as finishing a coke when there’s a Gi available from now on.

The volume concludes with a very sneaky wrist lock from the position, and a few words on how to get to mount from Roge’s side control.

This is where Roger really connects the dots of his game. In the third portion of this Roger Gracie DVD you’ll learn just why Roger Gracie’s attacks from the top are so devastating. He shares his take on how to sequence positional and submission attacks to go up the hierarchy of BJJ position while always threatening with a submission. Needless to say, you retain immense control throughout.

Awesome stuff like the baseball bat choke and isolating limbs to get a perfect triangle without having to jump around and risk losing position is the main start of this volume. However, my personal favorite was the portion on being a “side control bully” and I think it will be everyone’s favorite as well.

Finally, wrapping the Roger Gracie Side Control System up is a volume that offers transitioning options from side control. Of course, in line with Gracie’s philosophy, they’re all taking you forward into better positions, rather than being risky and flashy. 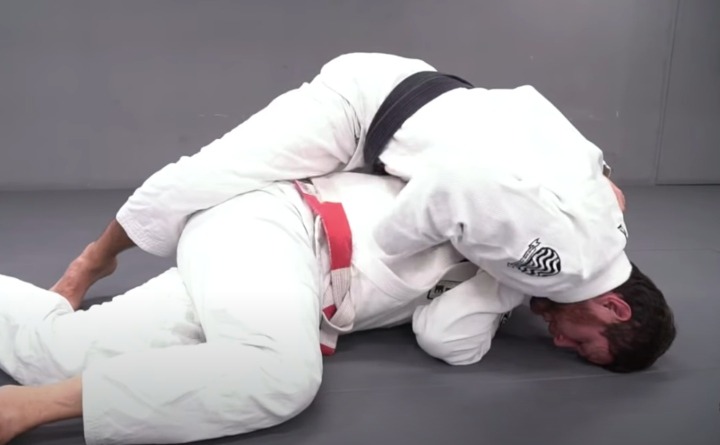 First of all, Roger covers some interesting arm control options, and once again talks about the triangle choke, as important aspects of looking for transitions out of side control. As you’d expect the positional progression takes us to the mount or the back, with finishing options, of course.

A straight armlock rounds off everything Roger has to say about side control. This time.

There’s really no need to talk about reasons why you need a Roger Gracie DVD. I guess the only reason not to get every one of his is if you’re not looking to get better at BJJ. Otherwise, there’s hardly any better instructional out there on the subject of having an immense pressure based top game with lots of submission options. Just like in the “Roger Gracie Side Control System”.