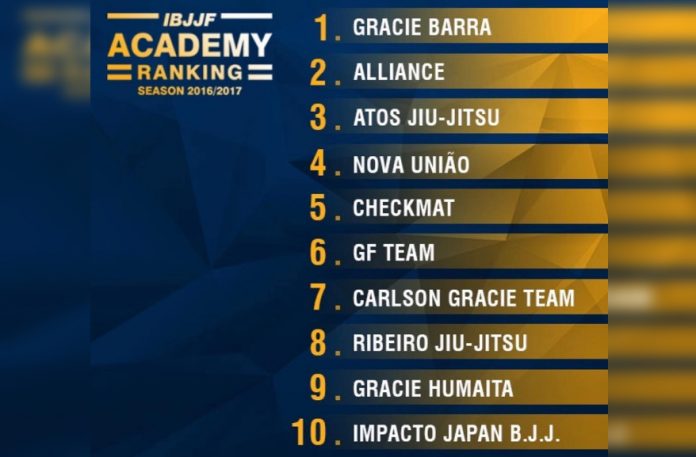 Who is the best black belt in the world? Well, the answer to that question depends on who you ask. We did an article on eh GOAT of BJJ not long ago, and it featured people based on their accomplishments. We did our best to do everyone justice, both past superstars of Jiu-Jitsu and the present ones. However, if you take a look at the official IBJJF rankings, you might get a completely different picture than looking somewhere else. Even if you just watch how people perform you’ll be amazed at how the rankings system is set up. We’ll go a bit deeper into it today, to see if it holds any merit. After all, there are grapplers that truly leave it, all out, in the mats in IBJJF tournaments and are a joy to watch.

At one point in time, I was amongst the top twenty people in the world! I kid you not. Granted I was just a lousy blue belt. And I was a master’s competitor at that. you see how the excitement quickly dies down. Moreover, I wasn’t even top ten, let alone near number one. And yet, for a fleeting moment in time, I had quite the spot in the IBJJF rankings. This is just one example of how and why the system of IBJJF rankings might be questionable and is one that’s highly subject to change with every upcoming tournament. Since then I’ve never given it a second though0t. However, I have no idea how I’d react if I was a world-class black belt earning form BJJ, and my rankings shited all the time.

Contents hide
Jiu-Jitsu Rankings – A Real Can Of worms
How Do IBJJF Rankings Work?
How can We Fix The IBJJF Ranking System?
Summary

Jiu-Jitsu Rankings – A Real Can Of worms

Whichever way you look at it, Jiu-Jitsu rankings are a real can of worms. They might not attract as much attention as MMA rankings do, but still, they spark controversies. For starters, IBJJF rankings feature both team standing and individual performances. In terms of team rankings, there’ not much controversy, outside of team rivalry. Here, the way to “game the system” is easy – include as many kids as you can in your competition team and you’re bound to come out with a team trophy and great results.

In terms of individual rankings though, it is a nightmare. There are points and rules that make up the rankings (more on that below) that constantly cause people to move up or down the rankings. Moreover, there are people that have competed so much in the past, they still rank among the best, even though others are clearly much more suited for those spots nowadays. Up until a few years ago, there wasn’t really much fuss apart from perhaps a few bruised egos. However, after the IBJJF started paying the top-ranked athletes in certain events, things got a lot messier.

For one, the system seems to certain people. I know the IBJJF is trying to be fair, and people will always complain, no matter what. However, things really do need a rehaul if we’re to know the real top-ranked grapplers. Moreover, if all is fair, the right folks will get these sought after checks to boost their competitive careers. The large changes in the rankings are also inevitable, but there has to be a trail as to what happened and why they are taking place. Oh, and of course, let’s not forget the fact that women, despite rankings, get paid a lot less than male competitors. That’s another can of worms we did open previously. These are just a few things that might make life in the IBJJF rankings more bearable for top competitors. This includes competitors of all belt levels.

How Do IBJJF Rankings Work? 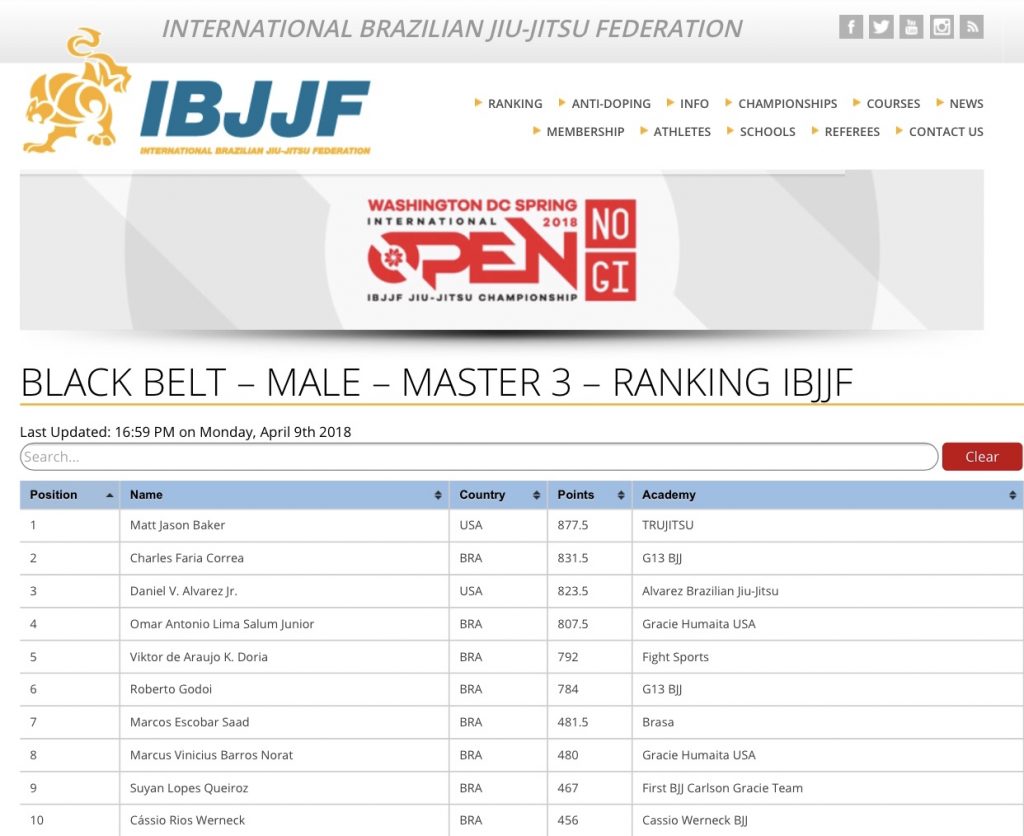 In the IBJJF rankings, the rank is decided by calculating points. It this point system that’s pretty hard to figure out, and hence all the confusion arises. Moreover, there are lots of categories, ranging between world rankings, by athletes, by competitions, etc. For our purposes, looking at world rankings is the best way to try and figure things out. First things first though, let’s see how the points work.

The weight of the season means that every year, the value of the points you get in the same tournament will be different. They go in cycles of three years, with the first getting you a rate of multiplication by 1, the second by 2 and the final by 3. Then it starts with one again.

Standing value is the easiest to figure out since it refers to your place on a podium. If you’ve won any medal in an IBJJF tournament, you’ve surely got points for it. In that sense, bronze gets you 1 point, silver gets you 3 and gold gets you 9 points. For those that participate in the absolute as well, there are even more points. There, bronze is worth a point and a half, silver four and a half, and first place 13 and a half points. Yeah, the halves are completely unnecessary, I know.

How can We Fix The IBJJF Ranking System?

So, now that we understand (well, not really, but fort he sake of argument) the IBJJF rankings points system, let’s see how we can improve things. For once, a much simpler point system needs to be in place. Why on Earth is the weight of the tournament criteria included? Let’s keep things simple – points for a spot on the podium, plus the value of a tournament,s I’m okay with that. Speaking of points. Let’s remove the halves from the absolute division points. Plain and simple.

Next up is the integration of rankings. It is okay to know how you fare in your division, in the absolute and all. However, in terms of world rankings, let’s go with the total of points. It is much more realistic, and a lot easier to keep a track of. While we’re there, let’s unite both Gi and No-Gi rankings, in order to see who is truly the best. Do not get me wrong, ti’s okay to keep all the different division rankings an all. However, when it comes to knowing who the top grapplers are, simple is better. 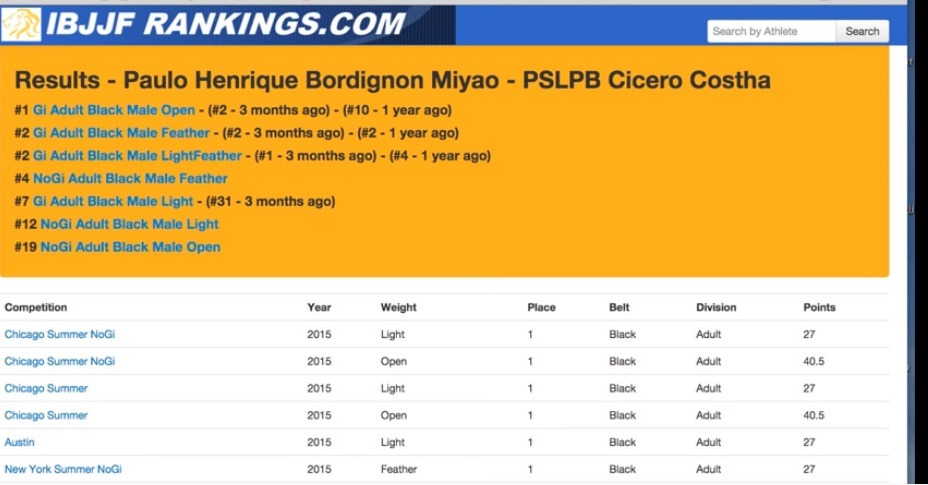 Finally, the ideals scenario would be to unite people based on all their accomplishments. I know the IBJFJ rankings are for IBJJF tournaments, but most competitors do a lot more tournaments. An integrated point system that counts everything, from IBJJF to ADCC and even pro invitation tournaments is a great way to really help us build a sustainable ranking for years to come. Another huge factor is whether someone is still active in the competition scene as well, and should be introduced as a criterion.

To be honest, building a ranking system that’ll keep everyone pleased is impossible. The IBJJF rankings, on the other hand, are too complicated for their own good. Too much math goes into figuring things out just o compartmentalize them and leave everyone with more questions than answers. Thre’s a lot more to include, of course, if we want a really comprehensive system, but simplifying the current one is the first step forward. I wonder if the IBJJF would go for it?