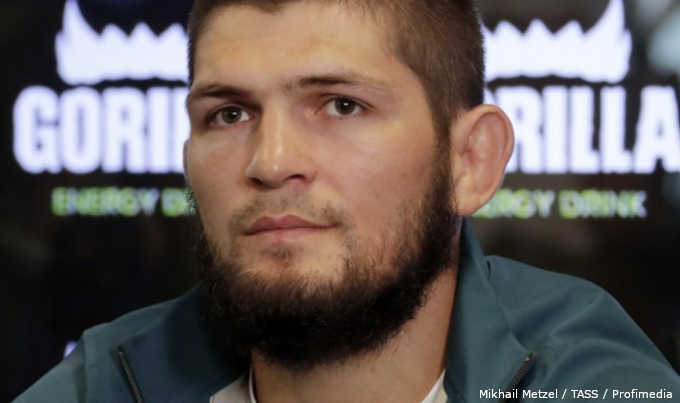 As soon as we all came to terms with how Khabib Nurmagomedov ended his career, stories surfaced about the offers the former UFC lightweight champion had received. His longtime manager Ali Abdelaziz received the same but had to turn them all down, as his client is a man of his word. If Dana White failed to persuade him to continue his career after several attempts, hardly anyone can.

But interest is likely to exist for some time to come, and offers could also be fabulous at the same time. The ones that rarely anyone can remain indifferent to. Khabib, however, is not anyone for now. In Mike Tyson’s Hotboxing podcast, Abdelaziz revealed that offers still exist, and the two stood out in multiple ways.

“Two weeks or ten days ago, Dana called me. He said George St-Pierre wanted to fight Khabib in a 75-pound fight. We waited a long time for Georges. I like Georges, we’re friends, but we’ve been waiting for him four or five years, while he doubted whether he was coming or not. Now that they were both retired, he had the idea to come back and fight each other. But Khabib also got an offer of one hundred million dollars to fight Floyd Mayweather.After One hundred million! Ask Floyd. But he said he was retired, that he said so to his mother, and that he would keep his word. If his mother told him to fight again, he might have done it. But right now he’s telling him that he doesn’t want it anymore” – Abdelaziz said.

He tried to make an even better proposal for the GSP if he wanted to return. Another fighter from his stud farm and the dominant champion of the division that Georges ruled for years.

“Georges wanted to go back and fight someone untouchable. Against a pound-for-pound king. I have a proposal for him. It’s Kamara Usman, a man who didn’t lose in the UFC. No one threatened him, he ran over everyone, didn’t he? If he wants to fight, they’re in the same division. Georges, come back and fight Kamaru, we’ll be more than happy. The UFC will be happy too. It’s a huge fight,” he called on the Canadian, who is unlikely to accept.

Seeing that GSP has repeatedly confirmed that it has ended its professional MMA career, we cannot be sure how well-founded this statement is. On the other hand, he still wants to fight outside the UFC, but currently the promotion he still has a contract with doesn’t allow him to. He had Thriller’s offer for a boxing match against Oscar De La Hoya, but the UFC stopped it, many consider Dane White for personal reasons.