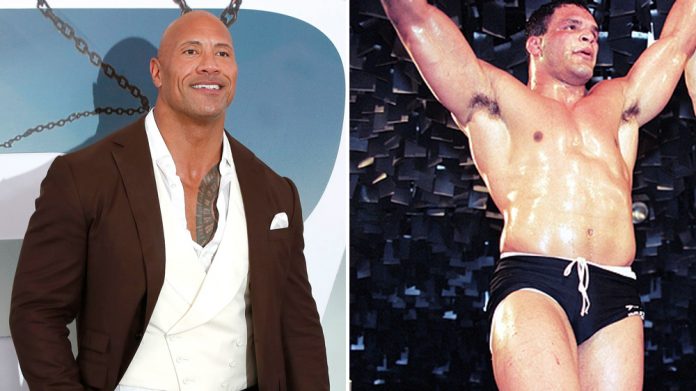 Dwayne “The Rock” Johnson is one of the most likable actors in the world. He is also a huge fan of training ultra-hard (duh). More importantly, though, he is also a huge fan of fighting, and in particular, MMA. while we might never see the man himself battling for real in an octagon, it seems we’ll get the next best thing. As per the latest reports, “The Rock” is set to portray on the big screen one of the best grapplers to ever fight in the UFC – Mark Kerr. The MMA movie is set to be a biopic, and a rare drama movie for Dwayne, who has been pretty dedicated to more comical movies in the past.

IF there’s one man that has been next to forgotten in this modern age of MMA and grappling, it is Mark Kerr. “The Smashing Machine” certainly deserves lifetime recognition within martial arts, and beyond. In that sense, this movie couldn’t come at a better time. Moreover, there’s arguably nobody better to portray such a monster of a wrestler and MMA fighter as Kerr than Dwayne “The Rock” Johnson. This upcoming MMA movie will focus on Kerr’s life and career, especially his performances inside the octagon, where he was one of the pioneers of the sport in the early glory days of MMA. 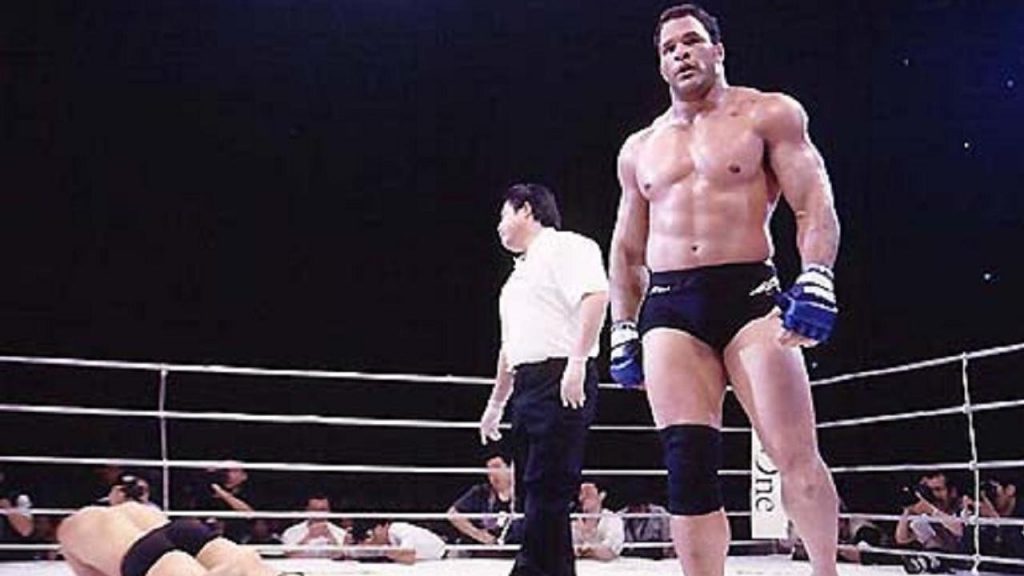 Mark Kerr, the man known as the “Smashing Machine”, “The Titan” and “The Specimen”, is an American grappler and MMA fighter. For many martial arts fans of the newer generations, he might not be a household name. For those, however, that followed the early days of the UFC, as well as Pride, he is a name that will never be forgotten. After all, he is the man who once got a submission with a chin to the eye (vs. Dan Bobish in Pride). Moreover, Kerr was no stranger to pure grappling, with some memorable performances in the ADCC.

Kerr was born in 1968 in Ohio and dreamed to fight in the WWE from a very early age. Naturally, he picked up wrestling in high school, and later in college. Of course, he was a champion in both. Moreover, he wrestled with some other future MMA legends like Pat Miletich and Randy Couture. It was during these days of college wrestling that Kerr discovered that there’s something better than the WWE – the UFC. TO be fair, he did have experience in Vale Tudo before stepping in the octagon at UFC 14. During his short Vale Tudo stint, people like Fabio Gurgel and Paul Varelans fell pray to the Smashing Machine. In the UFC, the heavyweight started off by beating Moti Horenstein and Greg Stott. Although he got UFC gold twice in a row, Kerr decided to sign for Pride instead.

It was during the Pride days, that Mark Kerr really became a legend. He fought pretty much all the big-name heavyweights in Japan, perfecting his craft under Bas Rutten himself. He beat Enson Inure, Igor Borisov and several others, before going on a bit of a losing streak. Kerr had a few more MMA flights before turning to submission grappling. He won ADCC gold three times, before making a comeback to MMA in 2008 which was rather unsuccessful. While this is going to be the first MMA movie drama about The Smashing Machine, there is also a 20003 HBO documentary that represented his life and career.

With MMA movies and series taking over from superhero franchises in Holywood, the producers have made the perfect decision getting Dwayne “The Rock” Johnson to play Mark Kerr. The Rock, A WWE star himself is no stranger to grappling. Although he never really fought, he is a man I doubt many people will accept to face. That said, he is also a huge fan of fighting sports. Plus, he was long overdue to appear in an MMA movie. And portraying the legendary Mark Kerr, whom Dwayne respects extremely, is the perfect way to do so. IN fact, “The Rock” talked to Kerr before the movie announcement and got his consent. 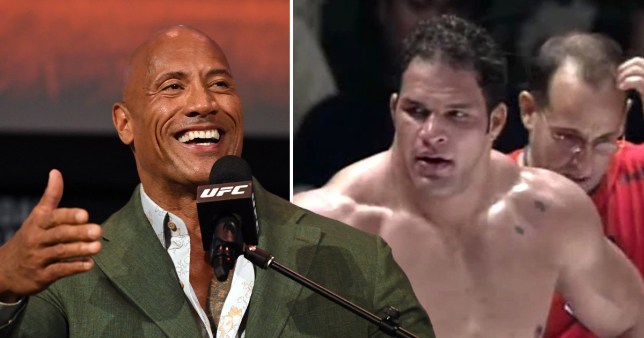 Dwayne also said that “When you think about these fighters, there is no other sport like MMA — the multiple disciplines and the pressure and the fact that you put your life on the line, literally, every time you step in the cage — and if you dig a little deeper than the physicality that they have, there’s a real character of depth to a lot of these warriors, and Mark is one of them.”

The production behind the movie is Dwayne Johnson’s own Seven Bucks Production. “The Rock” announced the new MMA movie in Madison Square Garden, during his involvement as a presenter at UFC 224. The project is at its earliest stages of development, with Dany Garcia, Hiram Garcia, and Beau Flynn currently involved with Johnson. A studio is yet to be decided on.

BJJ Taking over Holywood – Even Batman Is Rolling

Speaking of an MMA movie, it seems that BJJ and MMA are quickly becoming the talk of the talk in Holywood. So far, there were announcements other MMA flicks, starring the likes of Halle Berry and Nicholas Cage. Moreover, there’s also a Netflix series about to launch, featuring the early days of the Gracies and Maeda. That said, a whole host of celebrities are actively training, particularly in BJJ. Among them, notables are Demi Lovato, Ashton Kutcher, Keanu Reeves, Halle Berry, and many others. It turns out, grappling and MMA skills provide actors with the best way of preparing for action flicks. 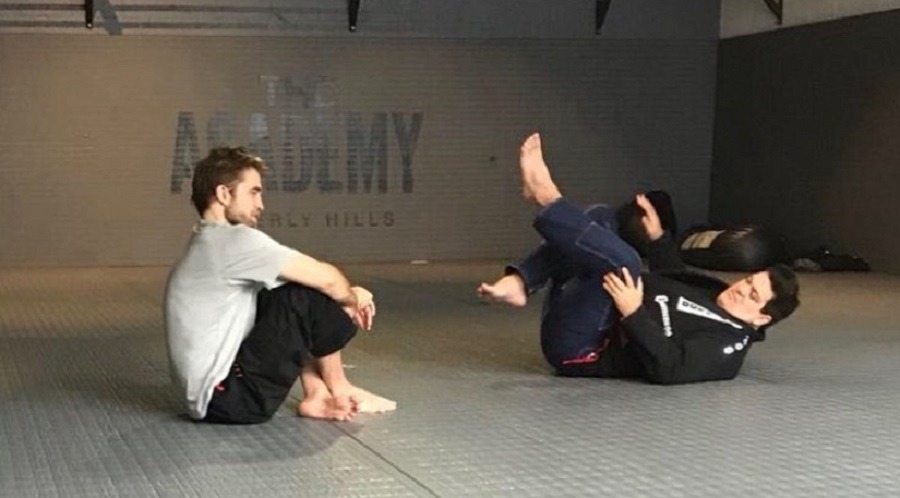 In that sense, there’s another huge name to add to the ever-growing list of celebs that love to roll. The latest man entrusted with the role of Batman, Robert Pattison is now actively training Brazilian Jiu-Jitsu. In doing so, he is working with Rigan Machado. Machado also helped Keanu Reeves, Ashton Kutcher nad Vin Diesel on previous occasions. IF there’s one reason to want to see Pattison as Batman, it has to this one.

Become a Smashing Machine yourself, by incorporating some much-needed wrestling skills in your BJJ training. Be sure to check out the ultimate and complete collection of the best Wrestling DVD instructionals of our time! With nearly two dozen titles, you’re certain to find anything you might be looking for!

Any MMA movies, comedy or drama is very welcome to the audience. However, when a movie stars Dwayne “The Rock” Johnson, things get a different dimension. Add to that the fact that the life and career of Mark Kerr are the subjects of the move and you’ve got yourself a real hit. While every martial arts fan is bound to be itching for this one, I have a feeling everyday Joes are also going to queue up and see it. I am really looking forward to this one.