Just to remind you, Tara La Rosa, Female MMA Pro will fight an internet troll Kristopher Zylinski today at 7 pm Eastern Time. We were writing about it HERE.

According to todays Kristopher’s comments he’s very sure in his win against Tara La Rosa. He’s even mentioning his own will to win being above Tara’s. He thinks it’s a huge factor going in his favor. When asked about the odds of the fight and the outcome:

“No about odds. About will. I want this more than her and it will show,” Kristopher said!

He adds: “See already know they are going to lose. Thats the will. I. AM. NOT. LOSING.”

“I’m going to win. Thats the outcome. Rest of the world just has to catch up to my reality.”

Anyway we could find out that he, actually, have some Martial Arts training. This is what he said about his martial arts experience.

“I have never paid anyone to teach me fighting. Ive watched boxing since I was 5 and boxed when I was 19. Again nrver trained in a gym.I also roll with friends but again no formal training. I do watch mma about 6 hours a day. I simply believe in my eyes and my abilites than I can best her. Not cause im a man, not cause she is a woman but I have unconditional belife in myself.”

Kristopher Zylinsky once more explained what exactly he said about women vs men fighting and what is it all about him self and why he thinks he’s special.

“Let me clear it up -99% of REGULAR women will lose to 99% of REGULAR men. Now versus a pro female fighter I think a regular man has very little chance. It just so happens I don’t see my self as a regular guy. I think I’m in MUCH better shape and talented than most men. Hence I said I could beat a pro female not that all men can or even most.. Never said all men can and I think 90% of men would lose to Tara LaRosa”

The POLICE showed up and SHUT it DOWN! Check the video from the guy organizing this whole event.

Mcdojolife, Tara LaRosa and Kristopher zylinski braking down what actually happened there.

The skinny on what is going on. 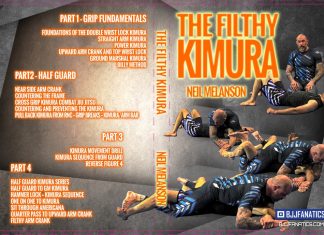 0
It is official - there are too many DVDs to effectively watch and learn from until the new year. 2018 has been all kinds...