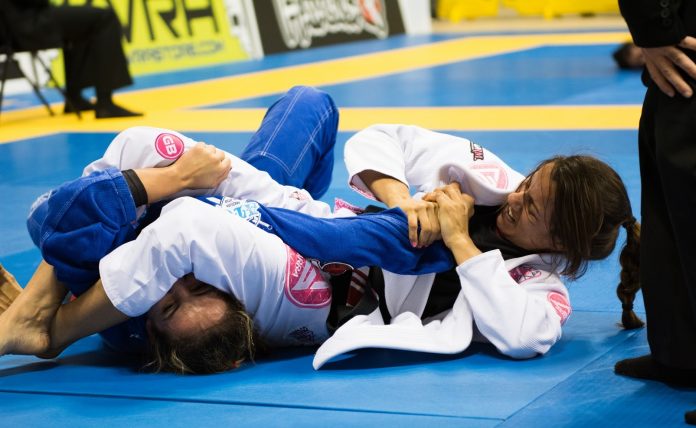 You are at Brazilian Jiu-Jitsu class and the instructor is showing you a new move. You start from a position, learn how to progress and ultimately get a submission. It all makes sense when the instructor is demonstrating it. Even when you give it a try it doesn’t seem to complicated. A few questions and a couple of tips later, you feel like you’ve got the hang of it. You understand all the steps you need to take from position one, all the way to the final position. Or so you think. The moment you give this a try in position sparring or live rolling, it won’t work at all. Despite all your success learning BJJ moves in class, going for the exact same sequences in a roll brings you no joy. What might be the issue, you’re wondering.

Jiu-Jitsu is a very complex grappling martial art to begin with. It is more than just a move. Actually, it is way more than just a sequence of moves. It requires knowledge of specific BJJ moves as well as knowledge of levers and frames among other concepts. Furthermore, BJJ requires constant involvement of the mind, thinking ahead and solving puzzles on the go. Once you go live, all of this happens in a split second. Complete understanding of BJJ moves is crucial to your success in competition and live rolling. to that extent, you might need to adopt a slightly unorthodox approach to learning.

Let’s take a mounted armbar as our example of the concept I’m about to present. From a low mount, you need to go through a few distinct steps in order to secure the submission. Let’s go through every step separately.

In order to have any hope of finishing an armbar from the mount, you need control of both arms. This involves an exhausting battle from a low mount, where’ you are the most secure. Basically, your goal is to use both your arms under the arms of the opponent and look to hug their head. This is going to place their arms in an overhead position, without any chance of retracting them.

Once there, getting an armbar requires a shift in position. The best position to help you secure an armbar is the S-mount. This means that holding the previous structure, you’ll need to slide one of your knees near the opponent’s head. Once there, you’ll need to tilt them to the opposite side. getting your other leg around, with the foot towards the opponent’s face, completes the position.

Once in the S-mount, the goal is to isolate one arm so that you can attack it. In order to do so, you need to thread one of your arms through one of the opponent’s crossed arms.

The crucial part of the setup is getting on your back to finish the submission. This requires very precise shifts in weight distribution and careful distance management. The goal is to land your butt as close to the shoulder of the arm you’re attacking as possible. Once there you can think about extending the arm.

Provided that your opponent doesn’t defend, this is where you finish the submission. COuntering armbar defenses is a subject for another time, for now, let’s focus on the finish. The idea is to hyperextend the elbow by pressing your hips into the opponent’s arm. To make sure you get a break, you’ll need to have a complete extension of the arm by pulling it towards your chin.

As you can see, learning BJJ moves like this requires mastery of many steps. Going through each and every one of them requires understanding. However, when you learn this in class, by following this sequence, you’re already full of information before you even get to the armbar. That means that you learn every step by itself and not with the mechanics of the armbar in mind. This is where reverse drilling comes into play.

Let’s use the same example as above, but this time approach it from a different angle. Once again the goal is going to be the mounted armbar. However, we’re going to approach each step in reverse before connecting everything as a flow.

To begin with we’ll start with detail on the armbar. You start in the armbar position, all set to go. The goal is to learn every little important detail that allows you to break someone’s arm. Since this is the final goal of the sequence, everything leading up to it needs to be in order. once you have the armbar down, you can proceed to learn how to get there.

Next, it is time to refine the S-Mount.since you know the armbar, once you get the hang of the S-mount the transition is going to be easier. The reason for this is that now, you know exactly what you’re looking for in an armbar. Even from the S-mount, when you’re going for your grips you’ll know how to adjust. It won’t just be a grip on the arm but also hip pressure, weight shifting and small details that’ll lend you directly in an armbar. All of this is because you are now aware of how the armbar works and what it is you’re looking for.

Th same principle applies to the S-mount. Once you understand it, you’ll know what you’re looking for when transitioning from the mount. It is going to make the S-mount much tighter and more stable, meaning a tighter subsequent armbar.

This method of learning works perfectly for all kinds of BJJ moves, not just submissions. Start off a sweep from the final position of off-balancing and work your way back from there. The same goes for guard passes, positional transitions and the rest.

Only understanding a move doesn’t mean you’ll be able to perform it well. After all, Jiu-Jitsu is all about action, not theory. That said, you’ll need to drill the BJJ moves you’re learning over and over again. However, drilling an armbar from a locked armbar position backward is not possible, nor is it practical. So after learning everything in reverse make sure you drill the sequence in the right order.

The Ins And Outs Of Drilling For BJJ: https://bjj-world.com/solo-and-partner-bjj-drills/

What you need do though, is divide the sequence into smaller combinations. Each combination should have a starting point, a transition and an endpoint. In our example with the armbar, this would be moving from low mount to an S-mount with trapped arms. Another combination would be going from an S-mount to an armbar. Both of these smaller sequences are drills of their own. Put the reps in and there’ll be no need to drill a long sequence, like mount to an armbar in one go. Your body is going to remember each transition you’ve drilled and it’s going to execute the flawlessly, even if you’ve drilled them as separate sequences.