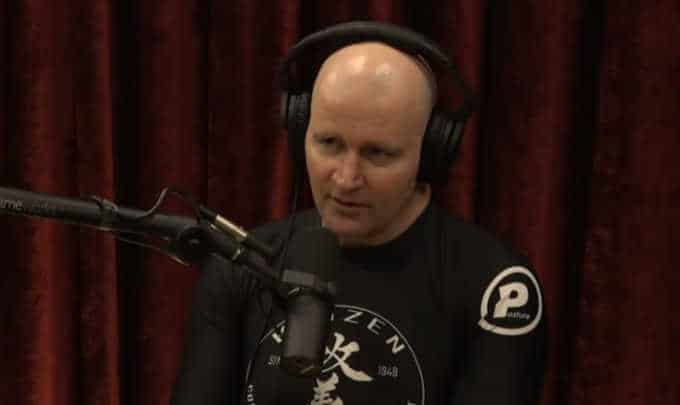 Recently, John Danaher was a guest on Joe Rogan’s podcast and presented interesting facts that should change in the BJJ training itself.

Danaher’s opinion is that the way of training should be changed so that it could adapt to MMA while presenting three interesting facts. Three facts, or problems, that fighters face when they switch from BJJ to MMA.

One of the interesting things about the Gordon Ryan conversation that I had recently is that I didn’t know you’re Garry Tonon’s striking coach as well. It’s pretty amazing that you can do both. I know you have a background in striking, but still…

Oftentimes you’ll see Gordon will sit and pull guard. All these things are not possible in MMA or they’re very rare.

How much of a shift is it to train them for MMA? You’re clearly training them to strike, but the best part of their skill set is based on submissions.

The big challenge for most Jiu-Jitsu players when they try to apply their craft in Mixed Martial Arts is, “can they get the fight to the ground?” That’s a challenge in itself. An even greater challenge is, can you keep it on the ground.

It means nothing if you take someone down if they just spring back within three to five seconds. It’s energy spent that had no reward.

The thing about Jiu-Jitsu is that when it’s practiced there’s always kind of gentleman’s agreement that there’s going to be a top player and a bottom player. If you start at the bottom you stay at the bottom.

The moment you get into Mixed Martial Arts that goes right out the window. And now you have two responsibilities.

You don’t just have to pass your opponent’s guard from the top position, you have to hold them down while you’re doing it. And that’s not easy.

When you look at the notion of escape in Jiu-Jitsu the overwhelming majority of escapes are escapes to guard positions.

If you’re mounted you will elbow your escape and put them back to guard.

If the guy has the side pin on you, your elbow escape will put them back to guard.

If the guy is behind you, you do forward rolls and get them back in guard.

90% of escapes in Jiu-Jitsu are escapes back to guard position.

Now, contrast that with the sport of wrestling where the overwhelming majority of escapes are escapes to standing back up to a neutral position to your feet.

That means when Jiu-Jitsu players meet other forms of grappling they’re not trying to put us back in guard. They’re trying to stand up. And Jiu-jitsu players never practice against that when they’re doing their daily training.

So, suddenly, you’ve got a guy who just assumes for his entire career that if he’s on top the other guy must play guard. But in reality, the other guy is not playing guard at all. He’s just pushing your head while standing up and hit passing up to his feet.

In that situation Jiu-Jitsu guy is like, “I had the top position, why aren’t you playing guard?”. So, they’re now put into an arena where nothing in their training has really prepared them for this. Jiu-Jitsu is going to have to mature.

I’ve always said Jiu-Jitsu is one of the greatest products I ever saw in my life. I wouldn’t have invested 30 years of my life if I didn’t believe that with all my heart and my soul. But, like any greater product, it has its deficiencies.

A huge part of my career has been the recognition and the attempt to change these three great faults in Jiu-Jitsu. As much as I love Jiu-Jitsu we’ve got to take a step back and take an honest look at it. It’s got these three deeply entwined faults within it.

Leglocks was the most obvious one in a game that was supposedly all about control leading to submission.

There was an arbitrary rule that 50% of the human body couldn’t be attacked. That was lunacy. Over the last 10 years, I believe it’s fair to say we’ve reached a point where that is no longer the case.

I would match the younger generations of Jiu-Jitsu against any grappling art in the world on leg locks with no fear at all.  I couldn’t accept that 15 years ago but things have changed.

Now we have to address the other two great weaknesses.

Jiu-Jitsu has to do something about the crisis which is starting to emerge around takedowns and the ability to impose top position.

What’s you’ve seen among Jiu-Jitsu athletes, who got into MMA, is they just have to turn to other arts. They have to learn wrestling, and there’s nothing wrong with that. But the truth is Jiu-Jitsu has become a smaller and smaller component of MMA rather than what it was when it first started, which is a dominant force in MMA.

Now, for most MMA athletes, Jiu-Jitsu is something you learn to stay out of some pesky submission holds. It’s not the “be-all” for most of the athletes in mixed martial arts.

Most of them are centered around kickboxing skills and wrestling.

I think we’ve done a great job of overcoming one out of three great problems in Jiu-Jitsu, but there are still two more to go. 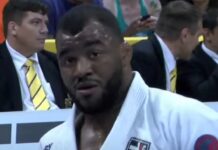 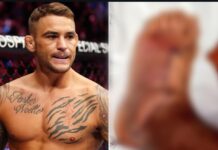 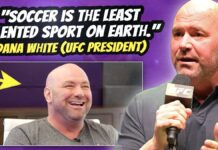 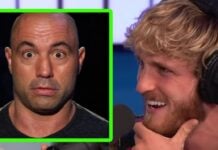