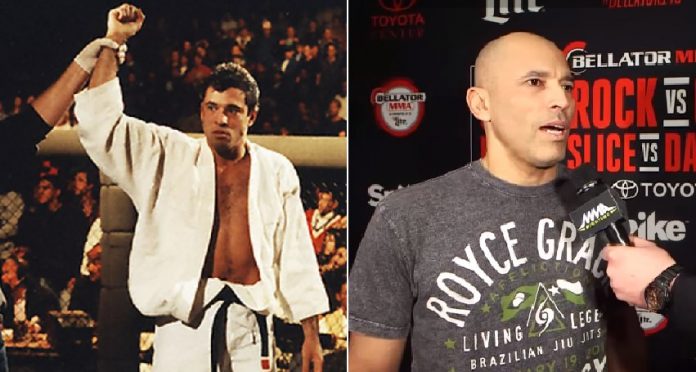 Sport Jiu-Jitsu is the mainstream right now and Self defense Jiu-jitsu is being taught only by some Gracies and few other dedicated instructors. We can say that Self Defense jiu-jitsu is dying. According to Royce Gracie, that’s wrong and self-defense Jiu-Jitsu is something that should be taught in BJJ Schools.

Why he thinks so, check in the interview that he gave to Luke Thomas before the Shamrock-Gracie 3 fight.

“For example a BJJ school, the person doesn’t walk in thinking ‘Well I wanna learn BJJ so I can compete in ADCC. Or I’m gonna find out and learn BJJ Bazilian Jiu-Jitsu so I can compete in Metamoris or Pan Ams,’” explained Gracie. “There is no such a thing. The person comes in because they heard that it’s some kind of self-defense style, that they saw me fighting and they realized that ‘Man Royce fought some big guys and he was able to defeat them and defend himself. I wanna learn something like that.’

“But then the instructor will guide them into a point system and teach them how to score points, and how to compete in tournaments. Yah, it bothers me that Martial Arts, in general, are becoming not martial arts, but martial sports.”

The Best Self Defense Video Ever!