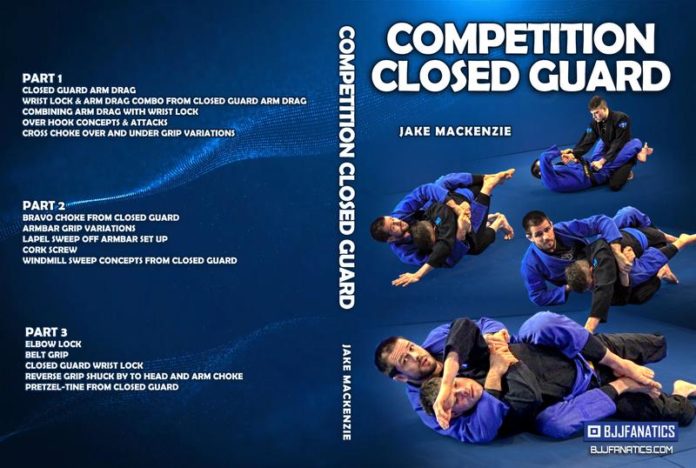 Not another closed guard DVD! yeah, I know, that’s what I thought too. I was wrong. This Jake Mackenzie DVD is anything but yet another generic closed guard BJJ instructional. The Competition Closed Guard DVD focuses on one very small aspect of the closed guard – tournament application and strategies. However, it goes deeper than any other instructional before it. Jake is a fearsome competitor that really understands what it takes to win a BJJ match. After all, he is a Roberto “Cyborg” Abreu black belt, and certainly knows his way around tournaments!

The closed guard remains to this day one of the most effective spots to attack from. However, modern Jiu-Jitsu has many more solutions for the closed guard compared to the old-school BJJ. So, to be able to really make the closed guard position zero, you need to use a different game as well. For competitors, this is of particular importance. Ther Competition Closed Guard DVD is a BJJ instructional that focuses on an extremely simple, yet effective closed guard game. The advantages are that it is a brand new game, based on high-percentage moves that are simple but unexpected. In short, competing in modern BJ without owning this Jake Mackenzie DVD is like shooting yourself in the foot.

Who is Jake Mackenzie? Well, I ran into the name a few years back when I was obsessed with the Tornado guard. Jake is one of Cyborg’s black belts, and one of the top competitors to come out of the Fight Sports team. He is a black belt as of 2010, three years after he joined up to train with Abreu full time. 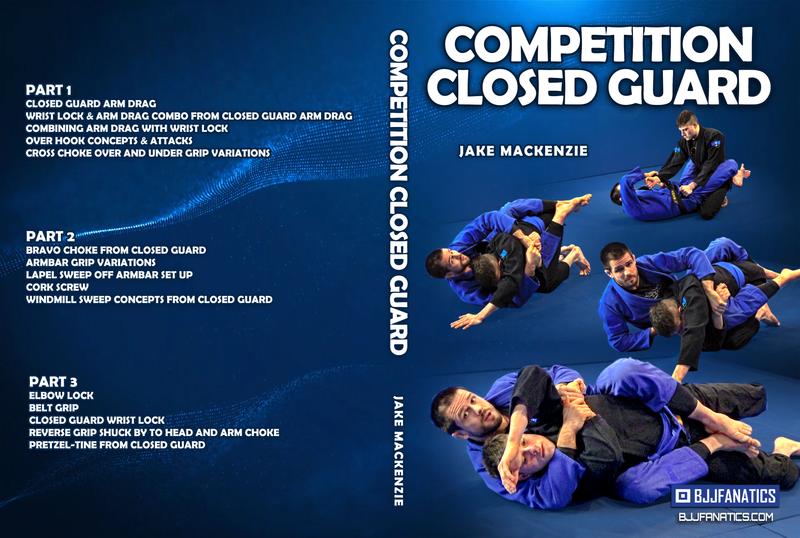 Mackenzie was born in Canada, more precisely in Nova Scotia. He started training Jiu-Jitsu at 14 in a quest to learn some self-defense. Suffice to say, he got hooked immediately. he initially trained with Marcio Feitosa before Marcio Canario took over the school. Jake loved traveling to compete ever since he started BJJ. he particularly liked Brazil and even learned Portuguese along the way. During those visits, eh met Cyborg, and as a purple belt made the switch to his academy. Ever since he has been a part of the Florida-based Fight team.

As a competitor, Jake has numerous accolades during his 9-year stint as a BJJ black belt. During his frequent visits to Brazil, he spent a lot of time competing. So far he has four Brazilian nationals titles to show for it, along with a couple of No-Gi titles with the same name. He is also a World Masters Champion as well as a European Champion. Jake is a lightweight grappler, meaning he is pure technique and leverage. Plus, his rich competition experience makes him the perfect person to issue a “Competition CLosed Guard” DVD instructional. Let’ go deeper in this awesome Jake Mackenzie DVD.

To be fair, this is not the first Jake Mackenzie DVD out there. his take on the half guard is also a highly-practical one. In fact, it is the half guard that Jake is famous for. His closed guard escapades came later, but they’re no less impressive than his half guard knowledge. Of course, i is the competition aspect of Jake’s guard game that catches the eye. To that extent, he has an unbelievable way of weeding out all the stuff that’s not useful in a competitive setting. His Competition Closed Guard DVD is one more example of that.

This BJJ instructional is a Gi one and focused on a quintessential BJJ position. In that sense, this is a DVD set that consists of three distinct volumes. In the very first one, Jake goes over his take on the closed guard and its applications in tournaments. The first volume is all about the arm drag and subsequent attacking opportunities. Part two goes into choke and armbar options, while the final one is all about sneaky guard attacks that’ll catch anyone. Oh, and did I mention that Jake really likes wrist locks?

Opening up the Competition Closed Guard DVD is a section on arm drag-based attacks from the closed guard. Jake Mackenzie uses the arm drag as an entry to the go-to position from his closed guard system – the overlook. This lesser-used variation provides a lot of stability and attacking options while taking posture away immediately and effortlessly.

Attack-wise, the first volume of this DVD provides lots of sneaky submissions, mostly in the form of wrist locks. The wrist lock and arm drag combo is really good, ensuring at least one of the two moves will work out in your favor. The wrist lock also helps establish the overlook, which then serves to launch other attacks, the likes of the cross choke. Mackenzie provides several variations.

This second portion of the Jake Mackenzie DVD starts off with a very interesting choke variation. the Bravo choke will help you surprise people, and since it is a Gi choke, it is perfectly suited for competitors. An armbar comes next, with Jake focusing on different grips that will help you keep your armbar secure and never risk losing both the submission and the closed guard.

The second part of this volume of the Competition Closed Guard DVD moves on from submissions (however briefly) to explore sweeps. Mackenzie starts with a beautiful lapel sweep that ties into the previous armbar setup perfectly. He also shares a couple of other slightly unusual sweeps in the form of the corkscrew and the windmill sweep, with the second looking particularly enticing to try in rolling and competition. 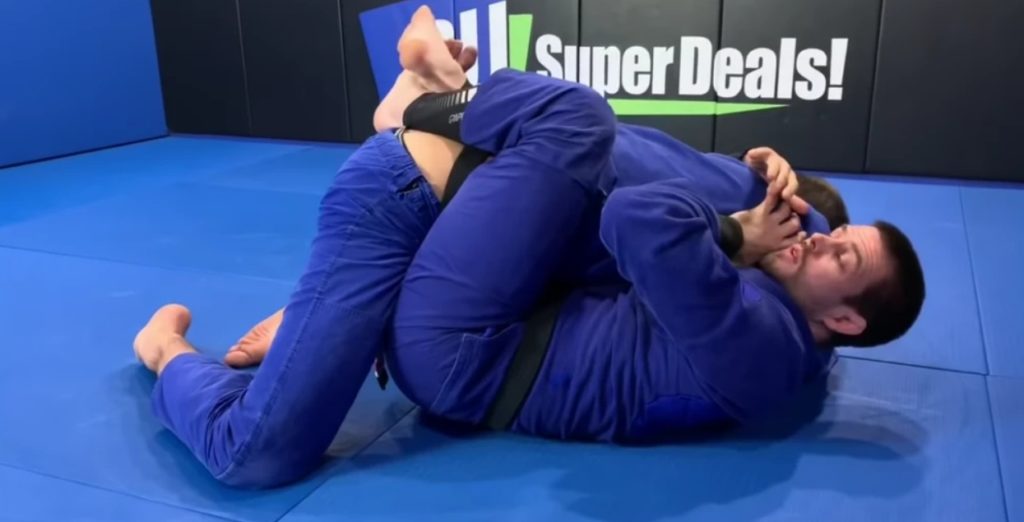 The final part of this BJJ instructional looks into some really fancy attacks from the closed guard that we’re not used to seeing every day. They really do seem efficient though, and the few I’ve tried did work in the gym. Namely, I managed to pull off the elbow lock which is a submission I’ve always wondered how it works, but never really gotten precise instructions. Another thing that I’ll definitely incorporate in my game is the pretzel-tine guillotine choke variation. That one really works!

In addition, Jake Mackenzie also shows how to use belt grips from the closed guard (a very useful concept) as well as yet another wristlock. The reverse grip shuck-by modified from wrestling to work from the ground is also interesting, opening up a head and arm choke setup from the closed guard, which always looks impressive.

The Competition Closed Guard DVD by Jake Mackenzie is the perfect tool for any Gi competitor that likes to spend time on their back. However, it is not limited to competitors only. There are amazing concepts and combinations in there that will help everyone improve their closed guard. Moreover, the concepts include both submissions, transitions, sweeps, and guard retention, meaning everyone can find a chapter in this instructional that will fit their specific needs.