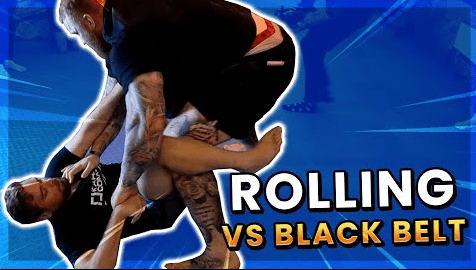 Brazilian Jiu-Jitsu is the only combat martial art where size doesn’t matter… It is quite certain that you have heard this many times before, a very common and popular sentence in the world of Jiu-Jitsu. There are a large number of different videos on this topic that we can find on the internet. A few days ago a new video with the title Strongman vs BJJ BLACK BELT, appeared on youtube.

Hafthor Bjornsson is a strongman from Iceland.One of the strongest men in the world. He won many titles in the world of strongman. His strongman career began in 2010, from then Haftor managed to win 10 titles for Iceland’s Strongest Man,5x European Strongman,3x Arnold Strongman Classic. In 2018 he won the title for the World’s Strongest Man 2018.
Earlier this year, in May he set a record in deadlifts. Hafthor deadlifted an incredible 501 kilograms  (1,105 lb) under strongman rules at his gym in Iceland.
A few days ago he posted a video on his youtube channel, Strongman vs BJJ BLACK BELT! He trained with former UFC Heavyweight Champion Bas Rutten and Brazilian Jiu-Jitsu Black Belt Josh Palme.

In the first part of the video, Bas introduced Haftor to the fundamentals of karate combat, with striking and ground and pound. In the second part, they were doing Brazilian Jiu-Jitsu. Haftor learned some techniques, and he rolls with the BJJ Black Belt Josh Palme. What happens when the strongman faces the BJJ Black Belt? Check out the video below: