Will Justin Gaethje be able to stop Khabibs wrestling? This is a question that we hear a lot these days.

Many people don’t know that Gaethje is training wrestling for almost 26 years. Before his professional mixed martial arts career, Gaethje was a collegiate wrestler. He was put into the university of Northern Carolina Athletics Hall of Fame for his wrestling achievements. Also, he attains Division 1 All-American status.

MMA wrestling is a lot different than amateur wrestling and that’s a fact that is going to matter the most because Gaethje is wrestling against Khabib, the best wrestler in the history of MMA.

Early, in Gaethje’s MMA career, he was wrestling a lot, but he talked about how it gasses him out, and how energy expanding his style is. Even in college, he was a defensive wrestler who was just stopping takedowns and going for counters. He exerts himself when he wrestles the opponent, so, even in MMA, he’s used to stopping the takedowns entirely and make it a stand-up game.

What we can expect of Gathje in a fight against Khabib is what he usually does in his MMA fights. Lighting quick explosive sprawls, many variations of rolls, like the Granby and Peterson rolls, flip overs to get the opponent to roll over them in an explosive movement. All kinds of rolls allowing him to stand up or completely reverse the position where he will end up on top.

If Gaethje gets into the position, where the opponent is going for submission or he’s on the ground, and he can not scramble up to his way out he’s used to going for standing up with his opponents followed by powerful slams. The other thing he does when he finds himself on the ground is that he gives up his back. He shows this in his fight against Michael Johnson, and he’s been doing this for his entire MMA career. That’s an instinct he was developing for years because in wrestling you don’t want to ever put your back on the ground. That can be a huge problem when he’ll fight Khabib because Khabib absolutely capitalizes on position when his opponents are giving their back in any position.

A few days ago Khabib explained that there is a great difference between American and Dagestan wrestling. He’s training and wrestling in America for the last 9 years, and he knows the difference very well.

Khabib is a chain wrestler, so that could be a problem for Gathje. Everybody who wrestled Gaethje only shoots one takedown, which he defends. Nobody shoots again, and this is a great difference between Dagestan and American Wrestling which Khabib is talking about. 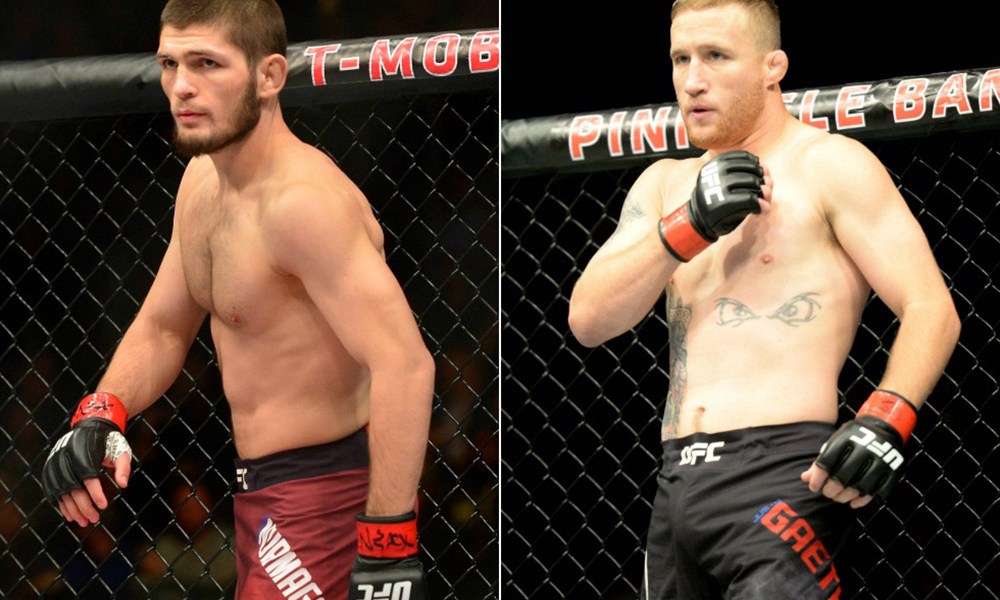 The first phase of the takedown defense is distance, footwork, framing, and Gaethje is pretty good at it. He is the only guy who is going to be able to counter one of Khabib’s takedowns, with a punch or a knee. So the first round is going to be dangerous for Khabib. His first takedown attempts are going to be defended because Gaethje will have a full tank. He can keep defending the entire first round, but what’s with the other four? Maybe Khabib will not be able to take him down the entire first round. But he will definitely going to try, and test his cardio.

The main problem Gathje is going to face is wrestling against the cage. Khabib loves this position because he’s able to work on you and push you up against the cage. Gathje talked about that he can not put his back to the cage because he is not so experienced against the cage, while Khabib is the best against the cage in UFC history. Gathje’s takedown defense takes a lot of energy and it is almost impossible to wrestle like this for a long period of time.

The main problem for Gaethje is that he doesn’t have enough time to make the adjustments to adapt to the wrestling style that Khabib poses cause it’s a mix of wrestling, Judo, BJJ, Sambo, and other sports. I think it’s only a matter of time when Khabib will be able to take Gathje down and keep him there. 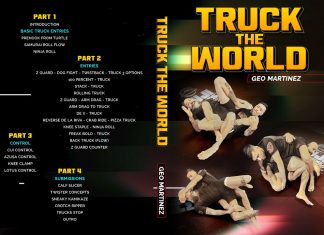 0
10th Planet Jiu-Jitsu is one of the more complex and intricate systems out there, and it is not just down to Eddie Bravo. He...