Mr. Bernardo Faria is the face of digital BJJ, no dispute about it. He is also one of the people that have released more BJJ DVD instructionals than anyone else out there. While all BJJ instructionals are more than welcome, having so much material from a 5 x BJJ World Champion is beyond priceless. Especially as Bernardo is born for teaching. His latest instructional covers an unusual subject that is mostly unknown – “The Single Strap Back Take”. Let’s dwell a bit deeper into what this is and what you can expect to learn from this latest Bernardo Faria DVD.

A Bernardo Faria DVD is now considered a household item for grapplers around the world. Just about everyone has at least one. This is to be expected, as there are so many of them that everyone will find an area of interest they want to expand upon using Bernardo’s knowledge. “The Single Strap Back Take Encyclopedia” is an unusual one, though, even by Faria standards. He usually coves stuff that is fundamental and known to people, but it is not like he hasn’t innovated, or shared original material before. The fact of the matter is, we’ve been waiting for something like this from Bernardo, and he delivered, and then some!

Contents hide
A Different Back Attack System
No Seatbelt? No Problem!
The Single Strap Back Take Encyclopedia Bernardo Faria DVD Review
All in All

A Different Back Attack System

The back mount or back control n Brazilian Jiu-Jitsu is a position that has been held in high regard since the inception of the sport. One reason for this is that it has developed, evolved, and morphed throughout the years to adapt to the ever-changing demands of high-level grappling. We’ve come a long way from the seat belt and hooks, back control that had “a strong side” for choking people out. Danaher helped a lot, with his straight jacket system, but others have added in a lot too, most notably Edie Bravo. 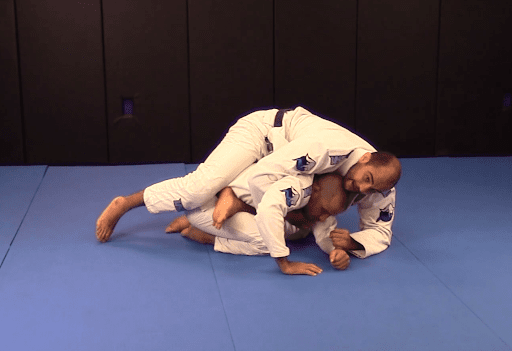 Now, Bernardo Faria approaches the back from a different perceptive to all the others. While we’ve been experimenting a lot with hooks, body triangles, and different other methods of controlling the hips, we’ve held on to the seatbelt when it comes to torso control. And why wouldn’t we, when it is so effective at both stabilizing the back and opening up chokes?  Well, there’s just one problem – you can’t always get to it easily, or sometimes at all. That’s where “The Single Strap Back Take Encyclopedia” comes into play.

No Seatbelt? No Problem!

Why bother if you can’t get a seatbelt? Gi or no-Gi, there’s a great innovative solution by the one and only Bernardo Faria. The seatbelt still remains a priority, and that is something Bernardo strongly reiterates throughout this DVD. However, in all those situations where you can’t get it. There’s a different solution to the problem, especially with the Gi on.

The seatbelt has two key roles: preventing the opponent from rotating their upper body and keeping you attached to their back. At the same time, though, you need to know how to hold with your elbows, so that you can use the palms to grip fight and eventually, set up chokes. The Bernardo Faria alternative, called The Single Strap Back Take, will allow you to hold a modified seatbelt of sorts, suing one or both hands while being able to achieve both the key goals of the regular seatbelt position. Moreover, his single strap system is easier to get to, and dopes open up all the same submission options.

What do you get in this Bernardo Faria DVD? Four volumes (as usual) of pristine instruction (as usual) organized in an efficient and entertaining manner (as usual). The unusual part is the subject matter, with Bernardo exploring one of his original creations that are far from the orthodox stuff we’re used to. While the Singe Strap Back takes is not that crazy, it is not the norm and is something that you need to learn from an instructional or a private with Faria to really understand it and start looking for it when you roll. Well, this DVD is pretty much a private class that will answer all your questions on the Single Strap Back Take.

Of course, such an innovative instructional has to open up with an introduction to the subject, and a detailed explanation of the concept of the Single Strap Back Take. The fundamentals are not complicated at all, but they do require you to hear out Faria’s idea behind the entire system. It is logical and easy to follow and there’s really nothing too fancy about this concept, which is why it works so well.

The chapters he covers here have lots to do with staying on the back using the single strap. They include options without ankle hooks, against opponents that use hip escape motions, and the wrestling Peterson roll. In fact, the Peterson roll is gaining lots of momentum in terms of turtle escapes that break the seatbelt, and Berardo offers several and roll preventions in this opening volume.

The second volume of “The Single Strap Back Take Encyclopedia” Bernardo Faria DVD goes over ways in which you can actually obtain the back when you get the single strap. The first step is off-balancing or the now-famous Kuzushi. The second step is countering rolling escapes, from the Peterson roll (again) to simple shoulder rolls. The “spread chicken” comes next, taking this already nutty back take system into new heights, before Faria wraps it up with the most important chapter in this volume – the four-point stance. 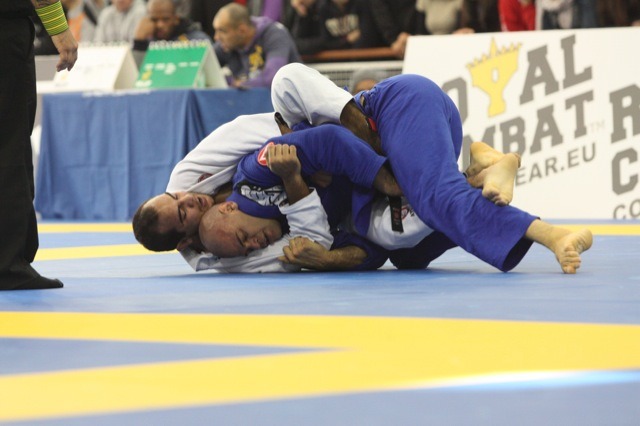 Speaking of turtle defenses Bernardo Faria will have none of it. The third volume of his “Single Strap Back Take” DVD focuses on breaking down the turtle. Given that the signal strap changes the mechanics of holding from the back, this also opens up new avenues of turtle breakdowns. Faria offers a couple of options before moving on to controlling the actual back mount with the strap.

The chapter on controlling the back I probably the most important one in the entire DVD set. Unless you understand how to control the back with the single strap, learning all the entries and counters won’t’ do you much good. Focus on this one more than anything else.

In terms of entries, a couple of options from the Over under pass (surprise, surprise) wrap up the third volume of this instructional.

The final volume simply picks up where the previous one stopped. Torreando pass, double under pass, X pass and folding pass are just some of the passing options Faria uses to set up his innovative single strap back take. Combined with the previous over under pass options, this really does provide you with a different dimension to your passing game.

Passing the dreaded butterfly guard straight into back control is where Faria spends several chapters of his DVD. All the options tie in perfectly with all the stuff shown before, in case the opponent decides to change guards midway. And, even if you end up in side control, there’s a way of getting the single strap, which is how Faria concludes his instructional.

Bernardo Faria is on to something with this one. “The Single Strap Back Take Encyclopedia” is an awesome option for all back takers to widen their horizons. I love the fact that it covers alternatives to the seatbelt, which nobody really focuses on. As people become more and more successful at defending the straight jacket and grip fighting, letting go of the seatbelt really makes sense in providing unusual attacking options from the back.

BJJ World - 0
Techniques beats strength is something you'll hear or read in just about any Brazilian Jiu-Jitsu academy around the world. Let me tell you how...