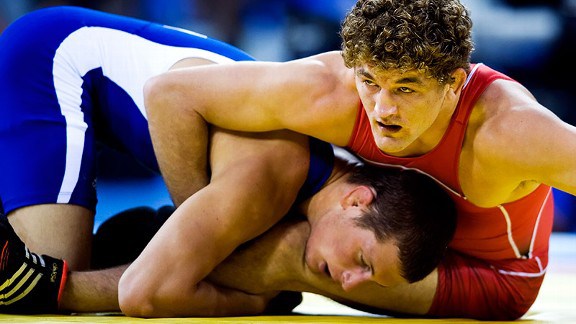 Jiu-Jitsu Drills are arguably the second most despised part of training BJJ apart from warm-ups. People tend to utterly hate doing drills for an extended period of time. it is probably down to rolling being so fun that every other aspect of Jiu-Jitsu fades in comparison. This is a real problem since most sports training is very much based on repetitive drilling. In most other sports, not just martial arts, drills are the foundation of most training sessions. Going over important movement patterns is what takes people to the next level. Just take a look at the Miyao and Mendes brothers and you’ll see the benefits of drilling. Normally, this drives most instructors crazy, along with an MMA and grappling legend in Ben Askren.

Ben Askren is as a high-level wrestler as they come. He is also an MMA veteran who based a lot of his game for the cage on wrestling. So, when he talks about grappling, and how people should train, the best thing you can do is listen. In his recent appearance on the world-famous Joe Rogan podcast, Askren revealed his discontent in regard to Jiu-Jitsu drills. Askren has some great points on the structure, lasting and type of drills BJJ people do, or better said, slack through on a regular basis. There’s no denying that his comments make sense, so we decided to try and find the solutions to the common problems Askren identified.

We all know that repetition is crucial to learning new skills. In art as diverse and deep as Brazilian Jiu-Jitsu, constantly polishing the most common movement patterns should be a priority. Instead, people like to turn to rolling, thinking that there’s nothing better than live sparring to refine their technique. The trouble with this approach is that people tend to learn stuff incorrectly. Subsequently, when they go compete they discover the hard way that they know a lot less than they think. What follows suit is shifting blame to others, instead of trying to focus on the problem. And the problem is easy – not enough Jiu-Jitsu drills.

The Curious Case Of Jiu-Jitsu Drills

Let’s say you’re dead set on learning the x-pass. This is one of the most fundamental Jiu-Jitsu techniques, one that works from white to black belt. It is a pass you can use against plenty f open guards and it is based on a simple, yet subtle movement pattern. If you go and work on it in the technique portion of the class, you’ll probably get about 10 to 15 minutes of time for both you and your partner to get some reps in. The moment you go roll, you’ won’t end up in a position to use it more than a few times per roll, if any. Even then, the circumstances are dynamic and unpredictable and you won’t be able to dedicate enough time to truly mastering the movement. 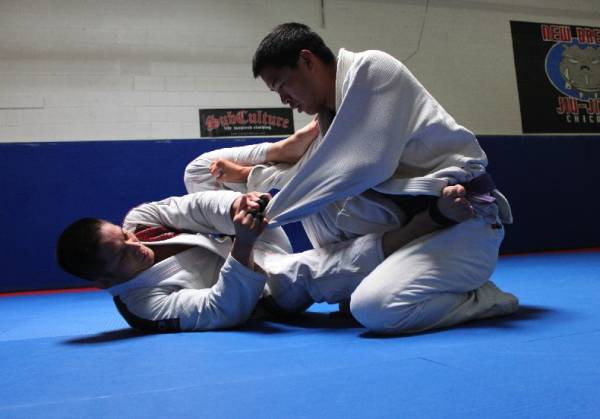 The usual length of specific technical training in Jiu-Jitsu is short, compared to other arts. This is ok as far as the fine technical aspects of the sport go. However, in order to reinforce the most basic movement patterns for every technique, drills should follow the technical part. The trouble with Jiu-JItsu drills is that, even when people go for them, they only do a couple of minutes each. Afterward, either the whole class goes to roll. or people start slacking off.

What rightfully frustrates Ben Askren is the fact that this is a common practice across BJJ academies worldwide. The trouble is in all of us, from students to instructors, for being selective in our learning approach. We take techniques that really work, like takedowns, for mother arts and incorporate them in BJJ. So why don’t we take some general training concepts as well, once that apply to the art, in order to really expand our proficiency? Here’s what Ben Askren thinks.

The basic point Ben Aksren Made on the Joe Rogan podcast is about the daily grind that wrestlers go through. The basic idea behind wrestling training is pushing yourself more and more, each day. To that extent, wrestlers aim to work with everyone in the gym and look to have a go at the best guys constantly. They also organize practice in a way that exposes everyone to the very best, giving everyone the chance to progress.

Form a technical standpoint, Askren pointed out that wrestlers spend hours every day working only on specific techniques. This constant exposure to the same technique over and over allows wrestlers to truly focus on cleaning up their moves.

The system wrestlers use for drilling is simple. They choose a topic for the session (or week) and go through the technical nuances. Immediately after, they pair up and go for endless repetitions of the basic motions behind the technique. At first, they just go for reps on the move on an inactive opponent. Later, they introduce resistance to the drills, increasing the intensity of the drills. As far as Jiu-JItsu drills go, this is akin to position sparring. Unlike BJJ, though, this drill does not transform into full-blown rolls after a few reps.

Speaking of wrestling, have you checked out Neil Melanson’s “Catch Wrestling Formula” DVD yet? ? It is a catch wrestling for BJJ instructional that is going to give you tons of techniques to drill in class. Plus, they move Neil demonstrates are more effective only than they are painful!

Ben Askren didn’t limit himself to only criticizing how BJJ classes are structured. he also offered up some suggestions, which we’ll only expand on further to find a winning formula.

The first thing we need to add to Jiu-Jitsu drills is time. Regardless if it is fundamentals class or competition training, drills need to make up most of the class. They need to last long and people need to put in as many repetitions as possible. And by repetitions, I mean clean and precise reps, not slacking. The sooner this becomes common practice, the sooner we’ll start seeing much better grapplers. 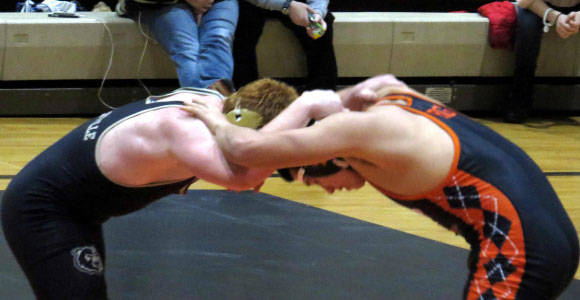 To remove the boredom factor from drilling, we can look to make some BJJ-specific adjustments. For example, we can mix things up by building upon drills. If we train the X-pass on Monday, for example, we’ll do a guard recovery on Wednesday. Now, when we drill one partner starts with the pass, and the other follows up with a recovery move. This turns to drill into a mini-scenario, where both partners get to work. PLus they have the chance to attempt a specific technique against resistance with another specific technique. The Friday session can build even further upon the moves, offering both variety and much-needed repetition.

In order to successfully implement this Ben Askren inspired take on Jiu-Jitsu drills, we’ll need to cut down on free rolling. AS huge and unimaginable sacrifice as this might seem to be, it is actually way more beneficial. Going for longer live drills more than free rolls are going to reduce injuries, improve conditioning and make rolling much more important

BJJ Break Falls: Why You Need To Train Them More

How To Do The Bulldog Choke Just Like Ben Askren