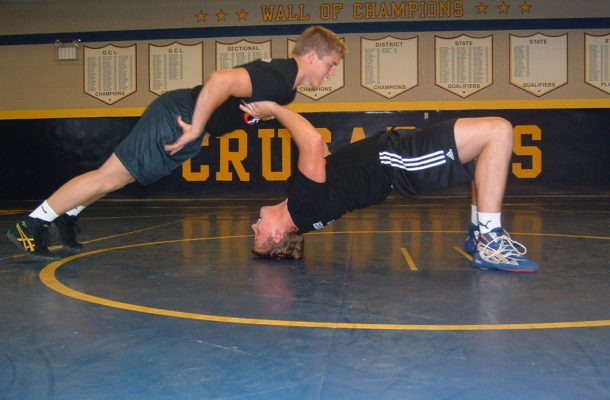 When it comes to which grapplers are the toughest out there, people usually do not think about Jiu-Jitsu athletes. Yes, there are some impressive specimens, but overall, the nerdy BJJ technicians dominate the scene. In a closely related grappling martial art though, the story is completely different. Wrestlers are known for their impressive physical shape and endless cardio. It’s not that wrestling is not technical, far from it. they just understand how important wrestling conditioning is and put a lot of emphasis on it. So, why not borrow something more than just takedowns fro the art of wrestling?

The reason why wrestling conditioning is so effective is due to time. After years of trial and error, those involved have come up with the perfect blueprint. Although it is not universal, most wrestling conditioning programs across the world are pretty similar. Another reason for this huge development in the area of wrestling conditioning is the fact that wrestling is an Olympic sport, meaning a lot is invested in reaching the top. Don’t get me wrong, Judokas are also amazingly conditioned athletes. Wrestlers, however, are years beyond even the most powerful Judokas, let alone BJJ players.

So, in terms of usefulness for Brazilian Jiu-Jitsu, is the wrestling conditioning approach a good fit? After all, the ruleset and character of both sports are somewhat different, meaning the physical requirements are not the same. Using takedowns as an example again, the important thing is to adopt what’s useful and discard the rest. Just like every takedown from wrestling doesn’t fit the needs of BJJ, wrestling conditioning shouldn’t be taken for granted. However, wrestlers have it down to a science and have a lot to offer us BJJ nerds in terms of conditioning.

So, what is it take makes wrestling conditioning so different from the usual methods BJJ athletes choose to get in shape? First and foremost it is the intensity and frequency of work. Wrestlers train intensely and train very often. Granted, during a wrestling season they compete on a weekly basis meaning they need to be in shape constantly. In terms of BJJ there’s no need for such intensity and frequency. That said, if you’re cutting back do so on either intensity or frequency, not both. 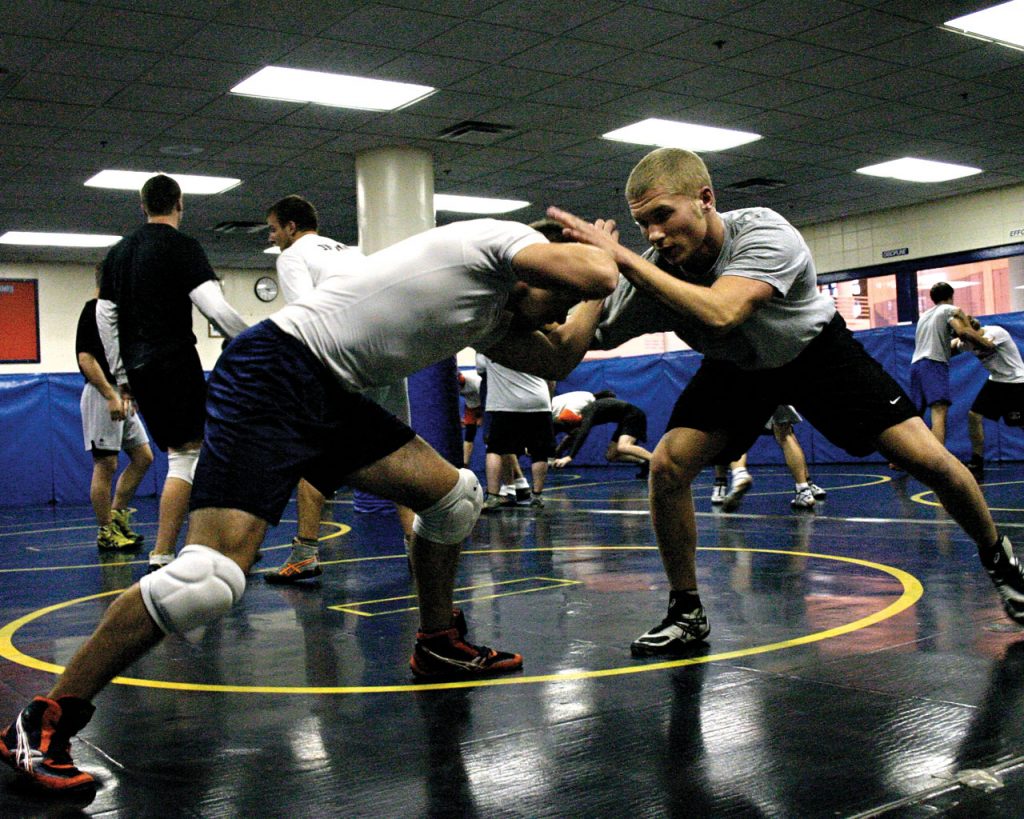 The next key factor of the success of wrestling conditioning drills is the selection of training methods and exercises. People in charge of turning wrestlers into grappling machines have the winning formula. Namely, wrestling conditioning is all about bodyweight work and partner drills. This allows them to work all relevant energy systems and develop strength qualities highly specific to the sport. What’s even more important, is that bodyweight work is submaximal, meaning recovery is easier and faster compared to lifting. And best of all, there’s not much need for long, boring running sessions, although some wrestlers still swear by it.

Finally, specific programming of correct exercises with appropriate intensity and frequency brings everything together. In wrestling, every session has a strong conditioning component. Warmups are brutal, which is something that’s not really advisable for BJJ. However, hitting a circuit or some drills at the back end of class is perfect. Even better, you could go for separate conditioning sessions outside of class in order to up the intensity. So, let’s  see how a solid wrestling conditioning plan looks like:

A crucial factor in wrestling is athleticism. To develop overall athleticism, few things work better than developing gymnast-like coordination. The fact of the matter is you’re never going to reach gymnasts in terms of coordination but there’s no harm in trying. That said, this is where some of those drills you usually do in warm-ups come into play. Cartwheels, Rolls to handstand, handstand walks, sit outs and the like are the norms. Key moves like sprawls and penetration steps also make up a huge component of coordination drills. IN addition, doing them at a predetermined pace is going to jack up your heart rate as well, making you efficient at them even when tired.

These are the meat and potatoes of wrestling conditioning drills. They’re perfect for everyone, especially done at a wrestling pace. The usual norm is going either for a high number of repetitions or going all out for a given time period. Whatever the case, intensity must be high. Since wrestlers mainly focus on bodyweight exercises they get the added bonus of working on strength and endurance in a way that benefits them specifically for grappling. It also means you can repeat the workout the next day without any (or much) soreness.

Pushups and pullup/chinup variations along with squat/lunge exercises and core training drills make up the bulk of the program here. However, instead of just banging out endless sets of pushups, wrestling conditioning is all about variety. They do virtually every kind of pushup there is, from regular to handstand pushups. Rope climbs are among pulling variations (for BJJ you could even throw in pullups with the Gi). Squats and lunges, as well as combo drills like burpees, complete the program. Explosive work can also be done here, without taxing the nervous system too much.

A huge aspect of bodyweight training emphasized in wrestling conditioning is neck and core work. The core is hit from all sides, not just working abs. Once again, gymnastic style exercises and isometric holds, in particular, are top choice drills. In terms of training the neck, nothing beats wrestling drills. From high rep supine contractions to bridge drill on the head, this is the best way to develop a choke-resistant neck.

Finally, when it comes to working with external resistance, wrestlers have got things right. Although they employ traditional weight training, the best bang for the buck comes from working with partners. Since in both wrestling and BJJ we manipulate an opponent’s body weight during a match, you can see why this methodology beats traditional weightlifting.

Drills to include into your conditioning plan are carries of all varieties (piggyback, belly to back, etc). Furthermore, pushing and pulling exercises like squats and deadlifts become far more useful when training with a partner instead of a barbell. There are plenty of ideas on how to increase your strength and cardio with partner drills for grapplers.

If you’re thinking about improving your wrestling skills for Jiu-Jitsu we have the best resource for you. Why stop at wrestling when you can also throw in brutal submissions to tap your opponent? Enter Catch Wrestling and the best instructional on the subject to ever hit the market, Neil Melanson’s “Catch Wrestling Formula”. Everything a BJJ players needs to know about catch wrestling is in this amazing instructional.

Bear Crawl Yourself Into Shape For Brazilian Jiu-Jitsu
33 BJJ Solo Grappling drills that will surely improve your game
Catch Wrestling vs BJJ and Which Art Has Better Submissions?
The Strength and Conditioning For BJJ Competitors
Jocko Willink: Pure Jiu-Jitser will beat Pure Wrestler 9 out of 10 times in a real fight!
BJJ Mobility Drills For Flexible Hips