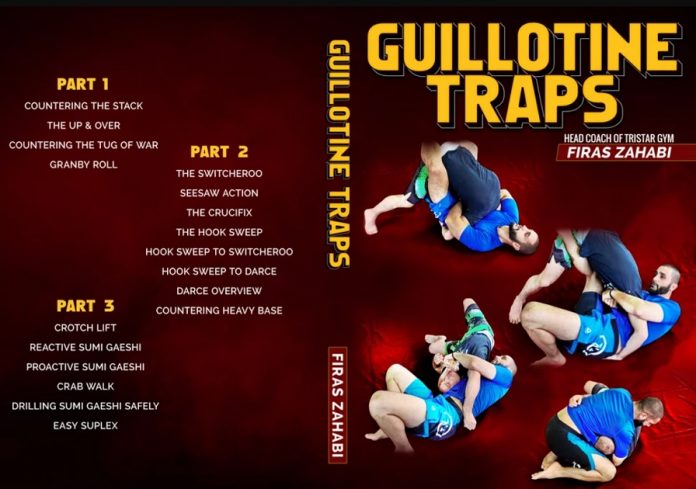 Do you own a Firas Zahabi DVD? You might not, as he doesn’t have plenty of them out. However, you can quickly remedy that by immediately picking up his brand new instructional ” Guillotine Traps”. As the name suggests, it is a BJJ instructional about tricking people into one of the tightest and most versatile submission holds available in the BJJ World.

Guillotines are among the highest percentage submissions in Brazilian Jiu-Jitsu, grappling, and MMA. There are plenty of variations and other front headlock chokes that tie in together and revolve around the use of guillotines. moreover, they’re easy to use from both standing, top, and bottom positions. And Firas Zahabi is the man to turn to for deciphering the deepest secrets of these strangle holds. luckily, Guillotine Traps are exactly the subject of the first-ever Firas Zahabi DVD instructional.

One Of The Cleverest BJJ Coaches

Firas Zahabi rarely gets the recognition he deserves. And yet, he is one of the best BJJ coaches in existence. Begin focused a lot more on MMA, he does not try too much to expose himself in either discipline but is one of the best in the business in both. After all, he is the man that was behind GSP every step of the way. Oh, and he also happens to be ea Danaher black belt.

Zahabi was born in a Lebanese family in Quebec, Canada. He was in sports his entire life, starting American football. He discovered Jiu-Jitsu through the UFC, like everyone else in the 90s. Having nowhere to train, he drilled by himself before eventually a Renzo Gracie purple belt opened a gym in Montreal. This would open the door for Firas to start teaching at Tristar as a blue belt, and eventually making it his HQ. Along with GSP, Firas started to visit Reno’s blue basement in the early 2000s, training with Danaher, Braulio Estima, Roger Gracie, and others. Danaher promoted Firas to a black belt in 2011.

he has been extremely active as a grappling and BJJ coach in addition to MMA. He is a big fan of No-Gi training although he is also proficient in the Gi. Leg Locks and front headlock chokes are among his bread and butter techniques. that’s precisely why picking up a Firas Zahabi DVD named “Guillotine traps” is much more than just a good idea. 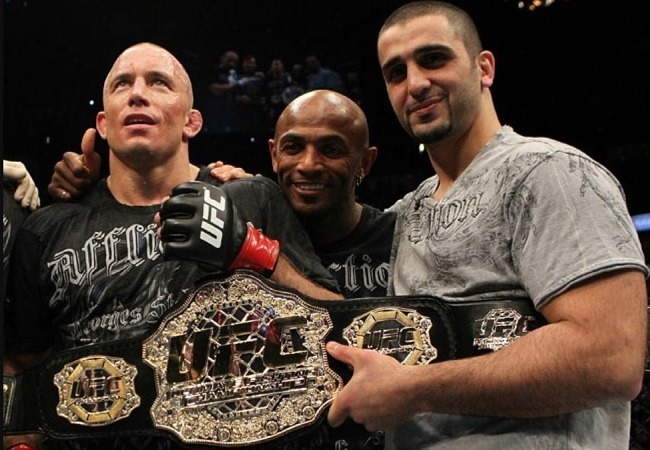 A Different Approach To Guillotines

Many people see guillotine chokes as just submission holds. Of course, they can be used to choke people out, but they offer much more than that. The Guillotine is also a position of extreme control, available to people of all levels and sizes, and from all planes of motion that we utilize in Jiu-Jitsu. It can help you control bigger and/or more experienced opponents without too much effort, even if you don’t and a submission immediately.

Pairing Guillotine chokes with traps only deepens the manners in which we can use them. As the name suggests, the “Guillotine Traps” Firas Zahabi DVD offers just that. In it, Firas demonstrates how to use the guillotine as a position that traps opponents when they least expect it. In other words, you’ll be able to sneak a Guillotine from the top, bottom, and standing just when opponents think they got you, which spares you the hard work of entering the position in the first place.

The Guillotine Traps Firaz Zahabi DVD is a three-part BJJ instructional that covers a common subject in Jiu-Jitsu from an uncommon perspective. Zahabi knows stuff about Jiu-Jitsu that baffles people. he has intricate knowledge of mechanics and has a way of simplifying things in a way that everyone can understand and integrate into their own game immediately.

The DVD starts off with Zahabi going over Some basic guillotine mechanics, but all of it done from his “traps” perspective. He then goes on to explore guillotine traps that provide you with sweeping options and other chokes. The final portion has ahs some crazy stuff in there, with takedowns throw into the guillotine traps mix.

Opening this Firas Zahabi DVD is the key chapter on how guillotines work. It is closely followed by the first practical example, in the form of a stack pass counter using a Guillotine choke. But Firas doesn’t stop there and goes into up and over options from there, completely turning the tables on your opponent.

A very interestingly named chapter is the one on “thug of war” which will show you how to stabilize and solidify your guillotine positioning, Moreover, you’ll learn some interesting and “secret” details on finishing the choke even with one arm. A Granby Roll guillotine setup wraps up the first volume. 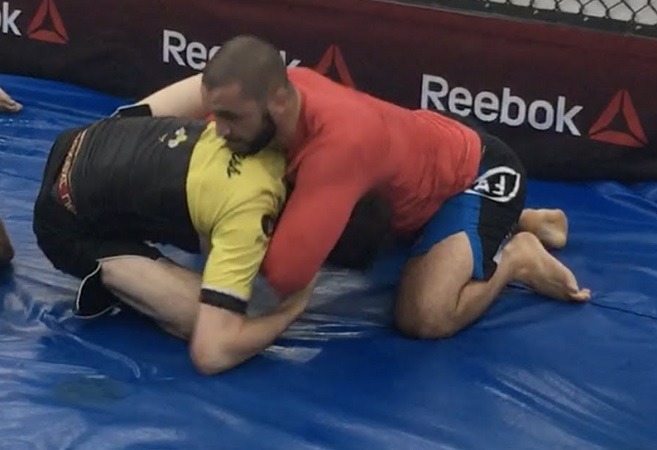 In the second portion, Firas looks into different Guillotine trapping options. There are some interesting options that are named quite uniquely. The see-saw action chapter will definitely increase your Guillotine finishing percentage. The switcheroo is also something you will like to try out immediately.

A big part of this volume of the Guillotine Traps DVD focuses on the hook sweep, which, of course, you do from a Guillotine position. The hook sweep options include the aforementioned Swticheroo, Darces, getting on top, and some more Darces. A really useful chapter for me was the one on countering people with a heavy base, which has always plagued my Guillotines.

Finally, Firas looks into some standing options, in the form of a high crotch and Sumi Gaeshi. In both cases, front headlock options open up very quickly, as long as you know where to look for them. And, as Zahabi puts it, there’s no better way to control a front headlock than with a guillotine. There are several versions of the Sumi Gaeshi, both proactive and reactive, as well as a detailed study of its mechanics.

An “easy” suplex rounds off this Firas Zahabi DVD.

There’s no doubt about it – everyone needs this Firas Zahabi DVD. Gi or No-Gi it offers a great insight into the world of Guillotine Traps and will improve anyone’s grappling. Moreover, the fact that it covers different levels of the game (bottom, top, and standing) means there’s something in there for everyone.