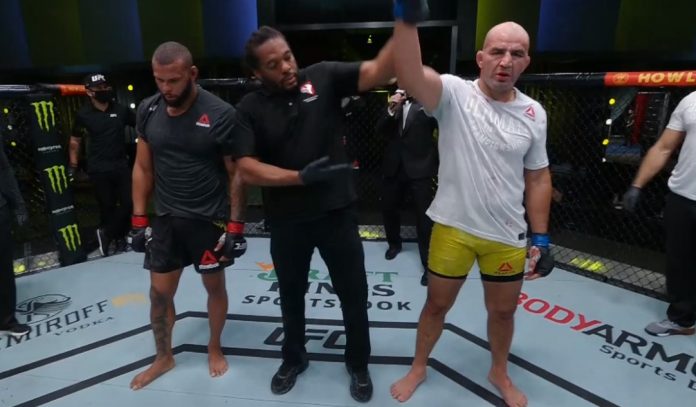 Glover Teixeira defeated Thiago Santos by Rear Naked Choke in the third round of the UFC Fight Night 182 main event.

The great main event of UFC Fight Night 182 was offered to fans by Glover Teixeira and Thiago Santos, two experienced UFC Brazilians from the very top of the light heavyweight division. Teixeira won in the end, even though he’s already in the fifth decade of life and despite being in trouble twice during the fight, he took Santos by RNC in the third round.

The very beginning of the fight belonged to Santos who immediately felt the distance well and tried a few attractive shots before hitting Teixeira hard with his right hand, who was visibly in trouble. Santos felt that Teixiera is wobbling and he wanted to end the fight immediately, but Glover responded by forcing Santos into the clinch. Teixeira managed to calm Santos’s attacks with a clinch, then quickly took the fight to the ground floor where he set out to dominate and hit some nice shots. He did the job dominantly until the end of the round. Teixeira continued similarly in the second round, where he immediately took the fight to the floor and dominated all five minutes, during which Santos worked just enough to stay in the fight.

Teixeira attacked immediately at the start of the third round, but now Santos is defending the crash by hitting the wicked right hook that sends Glover to the floor. Santos followed Teixeira to the ground and started hitting him from the top position, but the 41-year-old Teixeira showed tremendous endurance. He managed to stay calm after a series of strong blows and managed to get up. After getting up, Teixeira attacked his Santos’s back, came to a firm grip around his neck, and very quickly forced him to tap for his fifth win in a row. A truly great fight was given to the fans by these two warriors.

An interesting and exciting fight happened between Andrei Arlovski and Tanner Boser. In fact, it was a tactical heavy war that belonged to a more experienced fighter. Boser was a big favorite and he justified that in the first round, during which he moved better and scored more. Still, most of what Boser presented was about low kicks, while Belarus was hitting less but left a better impression. In particular, the above could be painted in the second and third rounds, which can also be described by outwitting in which experience prevailed. Boser reacted visibly to several blows, while Arlovski received everything without any problems and this was probably decided by the judges, who, each with two different rounds, unanimously scored in favor of the former champion. In fact, all three were very uncertain and the nuances really decided, and hardly anyone could object that the decision went to the side of the Canadian. The 41-year-old Pitbull thus came away with his second win of the year, and with a win against a potential like Boser, he confirmed that he still has no intention of stopping nor should he be written off.

AGE IS JUST A NUMBER! 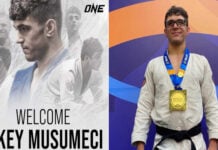 Mikey Musumeci Signs with One Championship