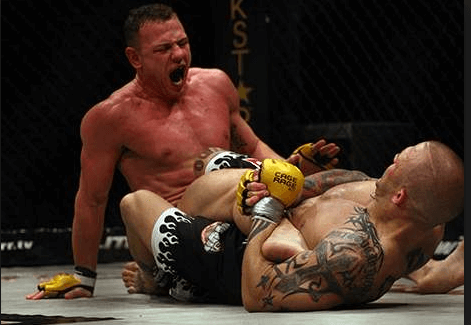 When is the last time you tapped in training? If you haven’t tapped for more than a week, you’re doing something wrong. Getting tapped out is the single best thing that can happen to you in a roll. The more you do it the more you learn. This is something we’ve talked about and everyone keeps on saying it. But what exactly do you learn when you tap? When a submission is too painful to resist? Or how much you suck at Jiu-Jitsu? Neither. Tapping out is the perfect way to actually learn BJJ escapes.

There’s an art more subtle within the realm of Brazilian Jiu-Jitsu than escapes. No matter how you look at things, BJJ escapes are the measure of a great grappler. Anyone can hunt for submissions or do weird lapel stuff and stay in positions for indefinite amounts of time. The true high-level grapplers are those that can get out of anything and make it seem like your attacks are useless. But how did they get like that? Easy – they tapped out. A lot.

The Hardest Thing To Do In Jiu-Jitsu

The single hardest thing to get used to doing in Jiu-Jitsu is tapping out. And no, it doesn’t get easier with time. On the contrary, there’s no one better at tapping out than white belts. Okay, maybe blue belts right before they discover that they can turtle up and be highly annoying. Jokes aside, tapping out is a skill that gets harder with time. It goes completely against human nature, but in order to become great at Jiu-Jitsu, you’ll need to embrace it. 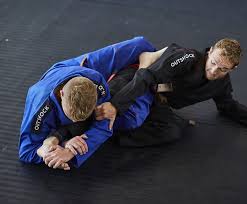 That right there is the exact reason why black belts and high-level grapplers, in general, are so good at BJJ escapes – they hate getting tapped out. And still, they say to everyone they should tap more often. The reality with tapping out, plain and simple is that you’ll always hate doing it, but you will arrive at a point where you understand how crucial it is to your BJJ progress. And I’m not just talking about injury prevention or being able to train Jiu-Jitsu for as long as you can. That goes without saying.

All that stuff about submitting your ego and becoming a tapping machine is senseless. We can be aware that we shouldn’t let our egos interfere, but that doesn’t mean we’ve let them at the door. It’s impossible, it is misleading and does more damage than good. Instead, people should learn that getting tapped out is as inevitable as the sun setting. So, as much as you might hate the dark, you learn to live in it, and even better, thrive in it. The same holds true for your ego and tapping out.

The Value Of Getting Tapped Out Regularly

So, how exactly does tapping out help you Jiu-Jitsu? Let’s go belt by belt and try to pinpoint the exact benefits you get from tapping out. As a beginner, it is easy – tapping out is like a safety word. The moment you do it, you’re safe. The trouble is, you’re probably using it too often a completely out of context. That’s fine – that’s where the lesson is. Knowing that you can train something as crazy as Jiu-Jitsu full speed every day of the week and be completely safe is the best thing tapping out can teach you at this point.

At a blue belt, you’ll have your first real inner conflict about tapping out. It is still okay with higher belts, but god forbid you tap out to a white belt or even fellow blue belts. At this point, tapping out will teach you that no defense is going to work universally. The second huge conflict, probably the greatest one comes at purple belt.  Here, getting regularly tapped out is going to be the toughest to swallow. Conversely, the lesson is also a hugely important one – you take it so personally that you throw yourself at perfecting your game so that you don’t end up in the same station again, even though it is inevitable.

At brown belt, you’ll actually accept that you can’t learn BJJ without getting tapped out. That’s also where you realize that you simply have to add BJJ escapes to your game. And not just add them but thrive in them. Tapping out is what gets you to this huge hallmark in your understanding of JIu-Jitsu. Finally, at black belt, tapping out is about two things – perfecting BJJ escapes, and getting reminded that you’ll always be a “white belt” compared to someone else. The more black belts there are out there, the more important this becomes. 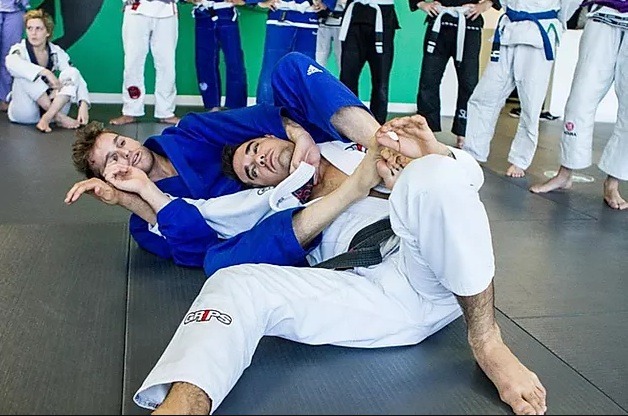 Finally, before I wrap this up I’ll let you know how tapping out will help you learn BJJ escapes universally, at all belt levels. It is a new concept for myself as well, and the credit for this philosophy goes to a real escape master – Priit Mihkelson. His take on things is that you need to suffer in order to learn BJJ, and in particular, BJJ escapes that are highly successful.

Simply put, there are two ends to the spectrum of BJJ escapes – early and late escapes. Those are the two you want to focus on. Everything in the middle is mediocre and is what people are usually looking at. That said, late defenses, particularly very, very late ones are an artform of themselves. IN order to really understand them, you’ll have to go deep into bad spots, meaning you’ll have to have a lot of taps ready to go. Only by getting tapped out constantly as you work on your timing, feeling, positioning, etc., will you have any measurable success with BJJ escapes.

If you don’t want to take my word for it, check out Priit’s work. SO far he has several DVD instructionals that cover the subtle art of escaping and evading. His “Grilled Chicken Guard System” is a great place to start, along with his “Protecting And Generating Dynamic Offense From The Turtle” DVD. However, his masterpiece (at least so far) that I highly recommend you check out is the “The Sitting Turtle” DVD instructional.

The trouble with BJJ escapes is that you can’t really learn them from someone else. You can become aware of certain universal principles and concepts, but ultimately, you’ll have to suffer and get tapped out to actually learn. Speaking of which, that’s not going to happen by itself, so you better get to work and pack a lot of taps for your next BJJ class. You’ll need them, regardless of your belt level.