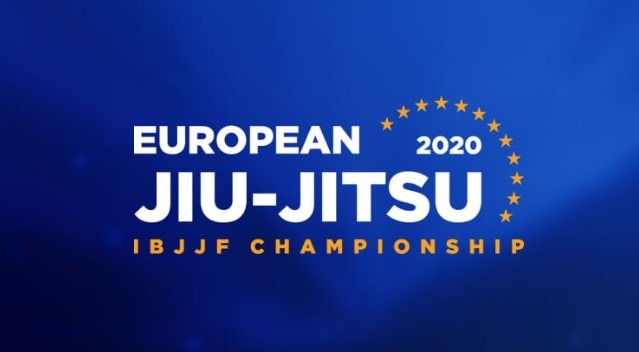 So, another set of the European Open Jiu-Jitsu Championship is over. The 2020 edition, as expected brought about some really exciting matches, a few upsets and revealed even more up and coming talent. If this is the event to judge by, 2020 is going to be an extremely interesting year for the grappling competition scene. And that’s coming from me, a person that’s not really keen on IBJJF tournaments. Well, the Euros proved different, and I couldn’t stop watching, particularly when it came to the black belt semi-finals and finals. As for the absolute, it was a story of its own, one that’s not going to be forgotten soon.

It wasn’t until l first went to compete at the Euros myself a few years ago that I really understood how huge of an event it is. Nothing could have prepared me for the number of people and amount of matches that take place in a week in the now-familiar spot in Odivelas, right next to Lisbon in Portugal. Strolling around the venue, bumping into BJJ greats like Caio Terra or the Mendes brothers is a given on any day. Every year, this particular Jiu-Jitsu Championship grows in popularity, with a staggering number of just below 5.000 competitors signed for this year. Of course, plenty of the world’s best black belts also featured, providing us with a great start to a competitive 2020.

The Biggest Ever Jiu-Jitsu Championship

As I said, already, this year’s European Open Jiu-Jitsu championship toppled almost any other tournament in the world with the number of competitors. That makes it yet again, the biggest event that the IBJJF organizes. However, given the IBJJF’s ranking system, the weight of the tournament is still not undisputed, coming in second to the Worlds. That makes sense, as both the Europeans and Pans are marked with a lesser grade than the World, even though they often times have more competitors. Still, when it comes to competing or watching the ultra-exciting matches, this only means there are more chances of grat matchups taking place. This is exactly what happened last weekend in Portugal.

In terms of rules and organization, the IBJJF has got the European Open Jiu-Jitsu championship down to perfection. Everything was much of the same as in previous years, with one slight change regarding the absolute division. This time around, they borrowed a concept from the ADCC, eliminating the possibility of closeouts. In other words, two athletes from the same team can’t sing up in different parts of the brackets in order to meet in the final. This makes for much more exciting final matches and is a great change that the IBJJF introduced.

Even though there were more matches than we can count over the course of 6 days, the one to re-watch over and over again throughout the year came in the match of the tournament, and potentially the year goes to Tommy Langaker and Oliver Lovell. In the very first match of the tournament. The match ended 17-10 for Langaker and was a really fast-paced exchange of sweeps and passes along with some very memorable scrambles that could’ve gone either way.

Of course, there were too many fights to be able to go through in detail, give that all belt levels and large categories were more than well represented at the 2020 European Open Brazilian Jiu-Jitsu Championship. Plus, the black belt adult matches are where all eyes are on anyway. In that sense, we focused precisely on those matches, and even then, we’ll discuss nothing but the best hat took place in the male, female and absolute divisions.

Every year there’s a competitor out there that shines in the European Jiu-Jitsu championship on a different level than all others. Usually, that extends toa stellar year for most. Well, the Euros certainly go to Mikey Musumeci this time around, and hopefully, the entire year. Musumeci got the gold in his division, submitting his way to the final where he then won via split decision. A great way to kick off the year with yet another European title.

Felipe Andrew of Zenith Jiu-Jitsu was another one with a spectacular performance. In the super heavy division, he managed to reach the final where he was unlucky against Patric Gaudio. However, he did beat all opponents leading up to the final in an impressive, and somewhat scary fashion. He is one big man to watch this year.

Another name that really stood out was Seif Houminne in the ultra-heavyweight division. He also reached the final, choking out Gabriel Lucas in the quarter-finals and disposing of Mahame Aly via points in the semis. The man that stopped him, and Ultra heavyweight European champ[ion of 202 was Igor Schneider. However, Houminne’s European grappling adventure did not end there.

With the ladies, the title of best grappler of the 2020 European Jiu-Jitsu Championship goes without a doubt to Ffion Davies. After a stellar and impressive 2019, she started 202 with a real bang, getting double gold while brushing away all competition with apparent ease. The Welsh-born BJJ phenom did take it easy on anyone, submitting most of her highly skilled seasoned opponents on her way to double gold.

Larissa Campos of Gracie Humaita was also highly notable in her performances in the featherweight division. Among her victims was ADCC champion Bianca Basilio, who was one of the favorites to steal the show. Larissa didn’t manage to beat the final hurdle, though, losing out to Amal Amjahid via advantages with points tied at 2×2. It did, however, brought attention to the young black belt that already has plenty of Europan medals at previous belt levels.

The super heavyweight division missed Gabi Garcia this year, and in fact, missed quite a lot of competitors. In a round-robin 3 person division, Jessica Flowers was the most successful, choking out Venla Luukkonen before closing out in the final with teammate Kendall Reusing.

The absolute division of any Jiu-Jitsu championship is where the fun is at, and it was no different at the 202 Euros. Some crazy matchups took place, with the man of the moment, Mikey Musumeci taking all the headlines once again. Fighting at rooster weight, he is not one we often see in the absolute, but he did make sure to make an impression this time. He started his absolute division journey aginst Sif Houmine, producing some of the best images of BJJ matchups ever in the process. Mikey though played an extremely smart game, snatching an eventual advantage victory.

He then went on to battle Mahham Aly, who barely managed to outpoint the little wizard and proceed to the semi-final. At the same time, Keenan Cornelius beat Mathis Luan to earn the chance to battle Mahamed Aly, and eventually beat him to reach the final. Yet another surprise waited there, with Keenan losing via submission in a Gi as a black belt for the first time to Felipe Andrews via a triangle armbar. Amazing performance by Andrew who definitely showed improved performance on his division final.

As previously stated, Ffion Davies won double gold, meaning she brushed through everyone in the Absolute as well. Both Larissa Campos and later on, Super Heavyweight Jessica Flowers stood no chance against the Welsh grappling machine in a couple of the most exciting matches of the entire European Open Jiu-Jitsu championship.

Apart from the highlights, we provide you with the full results of all black belt male and female divisions from the 2020 European Open Brazilian Jiu-Jitsu championship as well, including the means of victory for each match. Check them out below:

This year’s European Open Brazilian Jiu-Jitsu Championship certainly raised the entertainment bar when it comes to Gi Jiu-Jitsu. That, and it produced extremely impressive heavyweight matches, even spurring Gordon Ryan to postpone his retirement plans for yet another year. With that in mind, we’re certainly in for some fireworks matches this upcoming year. Just imagine the possibilities!