What is the best Danaher Death Squad DVD so far? Different folks will have different favorites, of course, but that was all until now. Garry Tonon won eh fight for the best possible DVD up to date, out of everyone in the DDS, Danaher himself. What Tonon opted to do is connect everything, providing the transitions we sorely missed between all the submission systems they use. His 8-part “Unifying The Systems” DVD is a late contender for the best BJJ instructional of 2020, and it may just win!

Garry Tonon is without a doubt one of the most exciting grapplers of today. He hasn’t had one boring match, and always delivers high-level performances. He is also the man behind two DVDs so far, one on blending submissions with wrestling takedowns, and the other on escaping just about everything in Jiu-Jitsu. His third DVD is his most unique one so far, and is, in fact, the most unique DVD in general. The focus in “Unifying the Systems” is on chaining together everything that his teammates in the form of Gordon Ryan and John Danaher have taught so far in digital editions.

Out of all the submission techniques, categories, and concepts in Brazilian Jiu-Jitsu, John Danaher has managed to figure out the most effective ones. In doing so, he created several submission systems that revolve around a key submission but do branch out into other subs as well. The genius move was to include nothing but the highest percentage of submissions in those branches, which made his DDS so successful at submitting everyone.

The systems the DDS use revolve around 6 key submission holds, and all the “daughter” submissions that stem from the. Before I list them all I’ll just add that the squad uses the submissions for strong positional control as well as for finishing, doubling the potential they have to dominate an opponent. The six submission systems used by Danaher and his disciples are:

The “Unifying The Systems” Garry Tonon DVD offers the ultimate blueprint to connect each and every one of these systems with all of the rest, creating a submission loop impossible to escape for anyone!

“Unifying The Systems”: One System To Rule Them All

So far, we have seen Danaher issue 6 DVDs on his submission systems. From there on he focused on his Gi series and, most recently, takedowns. Gordon Ryan has a similar thing, covering mostly position play, but with lots of submissions intertwined. Tonon, I’d dare say, has the simplest BJJ DVD formats of everyone in the DDS, actually making it the easiest to learn from and put to practice immediately.

The 29-year-old, currently fighting professionally under the ONE FC banner, is not just a master of submissions, but also of unorthodox movement. In fact, once you start to explore the Danaher Death Squad submission systems, you’ll find out that connecting them is no easy feat. It is not that you won’t figure out how to get an armbar from a triangle choke, but connecting a leg lock attack with the front headlock might prove to be more difficult. That’s where Garry Tonon comes in.

His “Unifying The Systems” DVD is all about the key transitions that connect the systems. Submissions are the strongest when you attack them during transitions and Tonon is a prodigy at that. Not only that but attacking in this manner opens up dilemma attacks as well, which we know are key to actually finishing a highly skilled opponent. With this instructional, all the stuff you’ve learned, are learning, or plan to learn from the other DDS instructional will make a lot more sense when you start to take them for a test drive on the mats.

The way to look at this new Garry Tonon DVD and digital instructional is the one system to rule them all.

What does this Garry Tonon DVD offer? Well, all the usual Garry Tonon craziness, for one. His hairstyle alone is enough of a reason to pick this instructional up. Apart from that, it is an 8-part BJJ DVD instructional on submissions. Is there any need to explain further why everyone needs to pick it up right away?

The organization of the instructional is also something that really adds to its quality. The DDS submission systems are complicated as is, without introducing transitions to the mix. In “Unifying The Systems” Tonon manages to provide a clear cut structure by focusing on one submission system per volume, and covering the most effective transitions from that system into other systems that complement it.

After a short repetition of submission principles, he then ties in transitions into the concept of rotating leg locks. The first avenue he explores is switching between the different leg locks attacks within the system itself. these transitions are key because they’ll then open up options to get to the back, which is the preferred combination of Garry and the DDS.

Back takes off of leg locks work off of the same principles of facing forward or rear when transitioning between leg locks. However, since the back is furthest from the legs, Kimuras, triangles, and front headlocks are the systems that act as go-betweens, connecting all the dots. 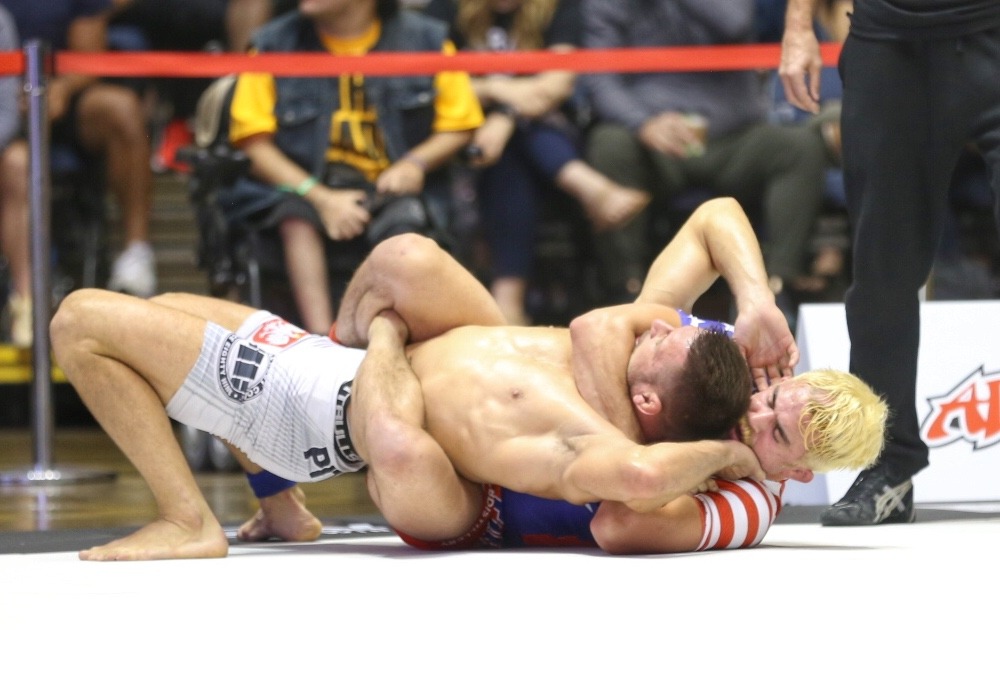 On the subject of back attacks, “Unifying The System” starts off with the cross-body ride, something covered in both Danaher’s and Ryan’s DVDs. This is the body configuration that opens up not just rear strangles, but also transitions into armlocks, as the next best thing.

Tonon covers a bunch of different Juji Gatame transitions, including a very cool Lat Juji option that’s unusual and new. Crucifix, triangle, and kimura also make an appearance to help connect everything. There is also a very ingenious way of getting the front headlock from back control, as well as a route back to leg locks.

Kimura locks are the main focus of Garry Tonon in this DVD, and for a good reason. the Kimura trap has long been a position that helps people transition in between different positions and submission holds. In the third and fourth volumes, Tonon is all about Kimura locks.

First up are key details on enhancing the Kimura, before moving on to explore how the Kimura and front headlock tie together. Turtle attacks, dorsal setups, and the world-famous Danaher T-Kimura all feature here.

Juji Gateme transitions from the Kimura, along with a very interesting take on getting the legs, wrap this DVD up. Crucifix, Dorsal, T-Kimura, and the scoop are just some of the ways that Tonon likes to connect the Kimura to these submission systems.

Speaking of Kimuras, Tonon extends the transitional power of this move into one more volume, making it the most versatile submission system to transition out of. The well-known direction of getting back control from the Kimura is in focus throughout most of this volume.

The T-Kimura from the top, bottom, and turtle are just some of the ways that Tonon likes to set up back takes by using the Kimura. He also has interesting ways of introducing the cross-body ride to literally climb the back of opponents while holding on to a Kimura.

A section on triangle strangles from the Kimura, mostly from the bottom and via an Omoplata, wrap up this volume, marking the halfway point of the ‘Unifying the Systems” DVD.

Front headlocks are a staple of grappling, and the DDS like to use them quite a lot, both standing and on the ground. The front headlock system is actually “|the hub” that connects all other systems without too much effort. It is literally a hallway point between all the other submission systems.

Garry Tonon divides this volume into sections, going over precise ways of connecting the front headlock with a specific submission system or subsystem in each. First up are,  courses, some finishing details about guillotines, followed immediately by transitioning into leg locks, causing some of the routes already covered before, like dorsal, elevating, and introducing the cradle.

Kimura, triangles, arm locks, and back attacks all get their own sections as well,  featuring at least a couple of ways of transitioning from a front headlock control.

Arm locks, similarly to the front headlock and Kimura also offer lots of transitioning options, depending on whether you’re on top or bottom with them. Navigating the system of armlocks opens up this volume before Tonon goes into transitions between arm locks and leg locks, which is subject nobody has covered so far. This route is actually one of the unique things about this instructional.

Back attacks follow, with an interesting take on S-mount among other things. Kimuras and triangles transitions also feature, with several interesting and slightly acrobatic versions regarding the former. 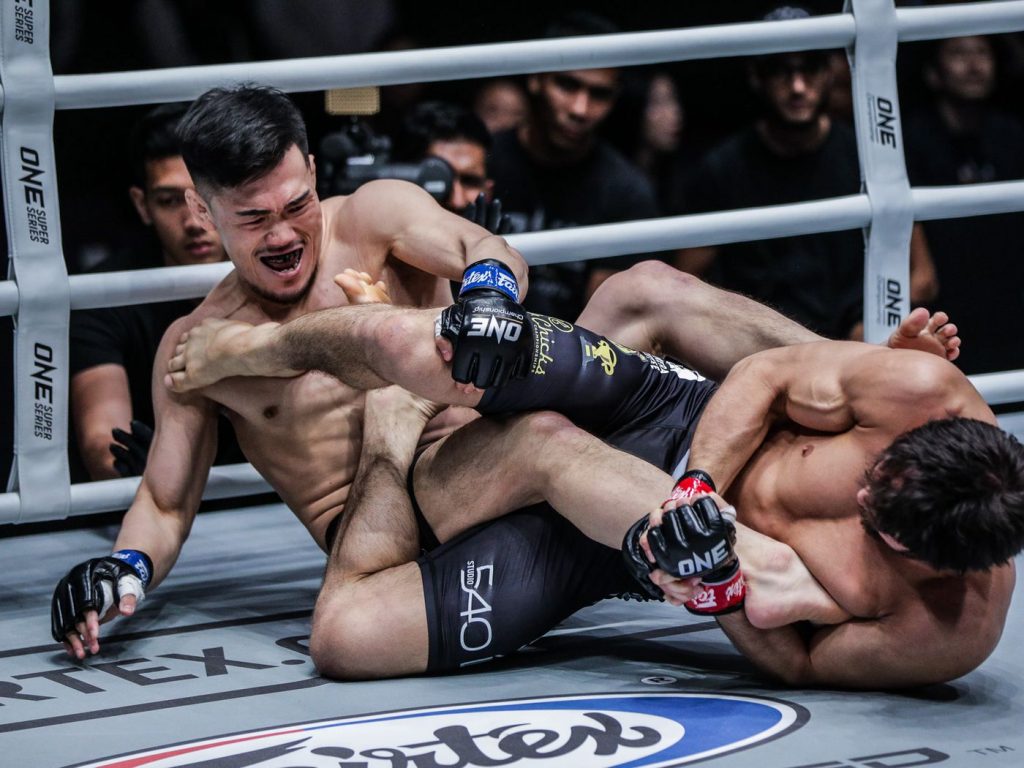 Triangle strangles are quite powerful on their own, particularly given the DDS systems offer triangles from many different angles. However, “Unifying The System” now all opens up routes of transitioning, and not just into armbars or Omoplatas. Of course, armlocks are available from front, side, rear, and reverse triangles.

The big caveat here is the transition into leg locks, which are available via both the forward and rear-facing methods. This here is a game-changer, as you don’t see many people hunting for leg locks successfully form a triangle choke position.

The final volume is actually not one that offers transitions in between the positions. Instead, this is where Garry Tonon puts everything in a blender, making things work via the dilemma principle. Here, it is all about attacking with three or four submissions at once, actually cutting back on transitioning by positioning yourself in slightly unorthodox manners.

Chapters include a specific pattern of attack for each of the six main submission systems, as well as a portion of tips for setting up everything in training.

A Garry Tonon DVD is always a treat, but his “Unifying the Systems” instructional is something special even by DDS standards. it is exactly what was missing in the puzzle of all the material they have released in the past couple of years. Tonon actually created a DVD without too much new information but containing the ultimate hacks and details to make everything work for you, the way it does for them. 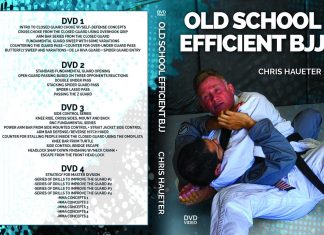 0
The Dirty Dozen of grappling. The name says it all really. These are the nastiest, deadliest and nowadays oldest grapplers that you wouldn't want...