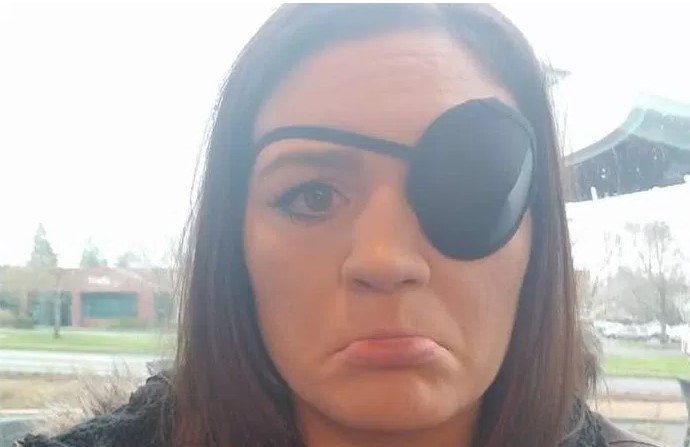 In a viral internet discussion about a guy named Kristopher Zylinski who said that no Female can beat any man, even untrained, no matter how trained, she is, Anna Dempster jumped in and agreed to fight the internet troll Kristopher Zylinski. We were writing about it in this Article.

As a reminder, Kristopher Zylinski said:

“99% of women are too weak and lack the reflexes ro do enough damage to stop 99% of men. Even if they knew BJJ they just don’t have the size or strength to use the holds. It’s dangereous to teach any woman to try and strike or fight a man. Just my 2 cents.”

Mcdojo life page made everything to set a fight between any trained female MMA Pro fighter and the internet troll Kristopher Zylinski. Anna Dempster jumped in willing to show to this guy that her MMA training and her MMA amateur fights are worth much more than Zylinski think. The fight was agreed between both sides and Anna Dempster Female MMA Fighter was supposed to fight Internet troll Kristopher Zylinski on January 6, 2018.

Unfortunately for Anna something went wrong in her training session and she ended up injured. She suffered an eye injury of a torned retina and she won’t be able to fight Kristopher Zylinski.

After Anna Dempster got injured she wrote on her facebook profile with a picture of her eye fully covered:

“Words cannot describe how disappointed I am. During training, I got kneed in the eye ball, partially tearing my retina. Everything is good now, had an emergency opthomology appt and they were able to fix what needed to be fixed. However l, to my dismay, I will not be the one to put that piece of s**t bigot troll in his place. While I am disappointed I am not the one to do the honors. I have full confidence in the sub they have chosen.
Plus, now I get to wear a sweet eye patch.
P.S. If you have any negative comments, keep them to yourself. No one is more disappointed that myself.”

As we can see this situation really broke Anna’s heart and we wish her a fast recovery from an injury.

As Anna Dempster suffered an eye injury and is not able to take a fight against Kristopher Zylinski any more, Mcdojolife Facebook page decided to look for an urgent replacement for Anna. They’re looking for a Female MMA Fighter replacement of 160 lbs weight to take Anna’s Place.

Mcdojolife still offers $1000 donation for any Female MMA fighter that would like to jump into a match against Kristopher Zylinski. Donation of $1000 will be given regardless of the fight outcome. They also offer to pay for a flight, accomodation and a bonus from Go Fund me.