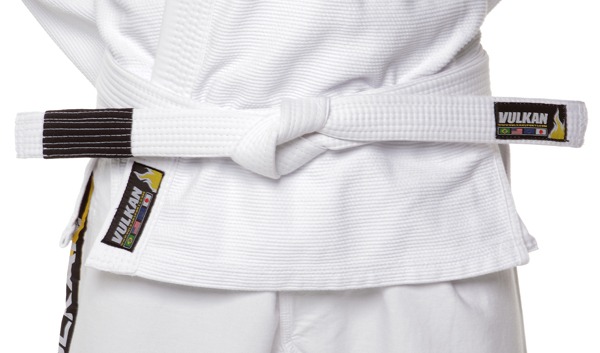 Starting Jiu-Jitsu training is a very brave thing to do. Especially if you have no prior training in martial arts, or grappling, for that matter. It takes a special kind of person to willingly go be smashed by sweaty people trying to strangle you and break your limbs on a regular basis. Put this way, it sounds much better than it is. Well, after a while it does. The first few months are a struggle, as they should be. If you’re having the time of your life right after starting Jiu-Jitsu, you’re probably in a McDojo. If you hate life, yourself and everyone else after training, but can’t wait to get back on the mats, then you’re at the right spot. Furthermore, you’re in the right mindset to become a savage yourself. Let’s answer some of the most burning questions all those quiet beginners have but are too afraid to ask.

Training grappling is going to change your life, it’s as simple as that. Starting Jiu-Jitsu is a huge step in everyone’s life. First and foremost, you need to know that it’s addictive. however, since this article is for those that have already (albeit just) started, it’s too late. you’re now bitten by the bug and if you’re like most people, you’ll succumb to the magic of grappling. However, things are going to be tough before you turn into a walking commercial of your academy, with your arm cramped in the Shaka sign. We’ve talked about the hardships of early BJJ life before. instead of that, today we’ll focus on the few things all beginners struggle with, but often keeps to themselves.

Brazilian Jiu-Jitsu is a very complex sport that’s a lifestyle for those involved in it. it is a neverending quest for the knowledge of how to better control people against their will. It is a way to express yourself and become better under pressure. The mats are the place where all other aspects of your life get left behind. It’s the best psychotherapy and meditation the world has to offer. However, nothing as good comes without a price. the price of admission is surviving the first few months of Jiu-Jitsu. And the key to doing so is understanding what’s going on. That and huge amounts of grit.

Start at the beginning. Start with the most basic fundamentals of Jiu-Jitsu. Start with the foundations. Start with Bernardo Faria. “Foundations Of Brazilian Jiu-Jitsu” is a 6 DVD set that’s perfect for beginners. It’s one investment you’re surely not going to regret!

Let’s be real – you won’t do anything harder in life than go for your second BJJ class. This is the moment that counts when you’re starting Jiu-Jitsu. That first time on the mats you’ll keep to yourself among all the different types of people with deformed ears around you. You’ll be as lost as Red Riding Hood in the explanation and names of moves the instructor is showing. before that, you’ll be asked to warm up in the most unusual way you’ve ever seen. And at the end, people are going to come at you with a smile, bump fists and dominate you physically and mentally.

Coming back after an experience like that is truly the bravest thing you can do. So, now that you’re a part of the Gentle Art, what’s next? Apart from the same abuse as the first time, only worse, for months. Well, it’s time to make sense of what’s going on around you. What you basically need to know is that you’re now a part of the most elaborate martial art in the world. Yes, you’ll become a blue, and eventually a black belt, but you’ll never master it. Nobody has ever done so since there’s no end to it. If you can wrap your head around that philosophy, or simply accept it as is, you’ve already shortened your hell period significantly. 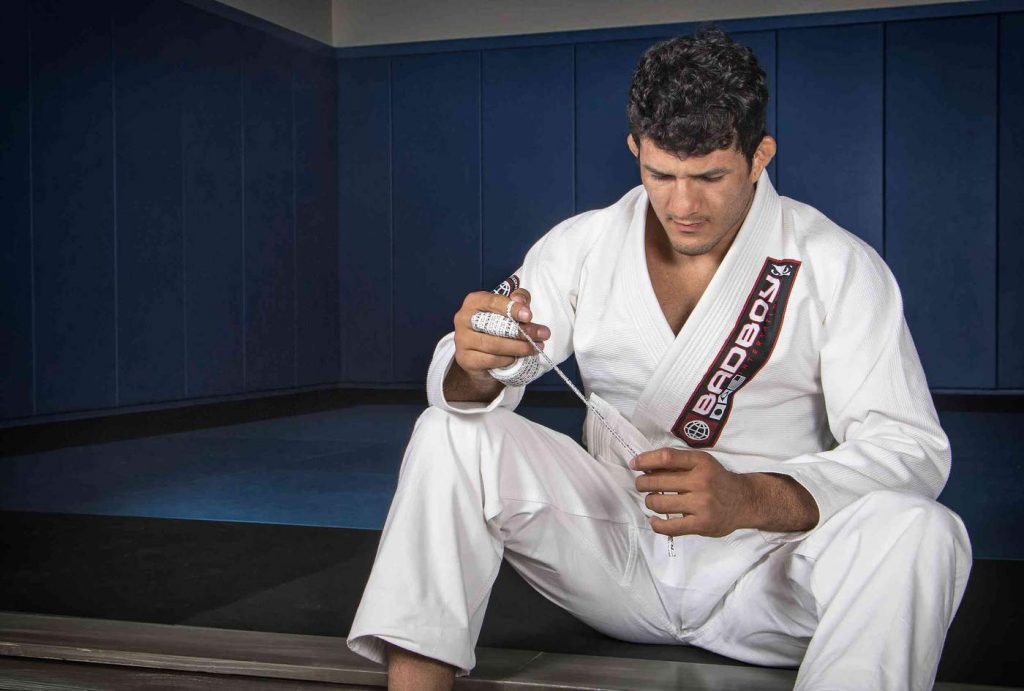 So, brave new grappler starting Jiu-Jitsu, are you ready to make sense of all this mess that’s unfolding before you? Yes, all those funky names, crazy moves, and confusing concepts have a meaning. Moreover, they all work together to make everything come together. And yes, one day you might be the one teaching them to someone new and lost, just like you are now. but for now, baby steps.

What’s With All The Details?

Let’s say the coach is explaining a cross collar choke from the guard. You sit there, listening for the better part of 5 minutes wondering what all these details have to do with choking someone asleep? Why is it so important if the wrist is turned this way, instead of that way? Well, as you’ll soon learn, BJJ is a game of details. It is not that the smallest details matter, the smallest details make the whole thing work. There’s no need to go for all the things you’re seeing your instructors do. Simply try and remember those that they outline as the most important.

Should you Train Every Day?

NO, you should definitely not train every day. There is such a thing as BJJ burnout and beginners can get it easier than others. Stick with no more than 3 training sessions per week, plus open mat if it’s not too much physically. You’ll have time to add no-gi, competition classes and all the other stuff later on. 3 times per week is plenty up until you’re a solid blue belt, at least.

Struggling WIth The Names

Starting Jiu-Jitsu is like signing up for a new language. There’s not much grammar in it, but there’s a whole new vocabulary. even those names and terms which are in English often make no sense. It is all going to come together, don’t worry. However, if you truly want to learn how to distinguish an Americana from a Kimura early, there are two things you should do. First, ask your instructors for pointers, as all coaches have tricks that help with the names. Second, start writing things down after training. it’s the best way to make sure you remember what’s going on on the mats.

Does It Get Easier?

How will I ever manage to survive a roll with a purple belt? They move like ninjas! Worry not, you won’t always be the one everyone’s smashing. Purple belts are a high target, though. Focus on surviving and understanding rolls with other white belts at first. Then, the occasional blue belt. At this time, you’ll know enough to go and try stuff yourself so you can go on offense. Again, start with your peers. At some point, there’ll be new students through the door and you’ll suddenly realize that you actually know some BJJ when you go up against them.

While swinging kettlebells and lifting weights might be your idea of fun you absolutely do not need it as a beginner. leave those things for later on. Stating Jiu-Jitsu is hard enough by itself, let alone tax your body further. Stick with BJJ and make a habit of stretching after class. This is the only supplemental conditioning you need for now.

This has to be said. You should already know by now that you’re ego is going to suffer like nothing else. It’s the way of BJJ, as the art has a way of humbling even the most boisterous personas. Yes, you’ll have to swallow your pride and tap and accept the domination. It’s important that you learn this when you’re starting Jiu-Jitsu because it’s never going to stop. There’s always going to be someone better than you, no matter what belt you have. 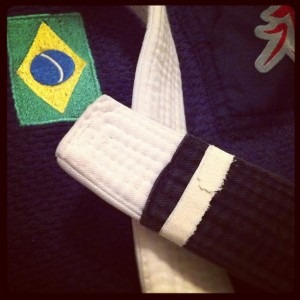 This one is in terms of gear. Yes, you need a Gi or a Rashgaurd and spats, depending on your academy. However, you do not need a whole collection of gis with the assorted auxiliary equipment. Learn how to tie your belt first, then you can worry about that latest pearl weave hemp-only Gi that just came out. master the basics first, grasshopper.

This includes warm up. Never slack through drilling or warm ups. Thre’s a point to all that drilling and specific sparring you’re doing. It makes your body remember the most important movement patterns of grappling. Do them often and with dedication and you’ll advance faster than most.

This one is pretty self-explanatory. While it is an unwritten rule that whenever a higher belt invites you to roll, you shouldn’t refuse, there’s a benefit to rolling with everyone. This includes your peers. it doesn’t matter that the new guy that outweighs you by 20 lbs beats you regularly. Unless you’re injured, roll with everyone. it’s the best way to get comfortable with the positions of BJJ. It’s going to take some time until you’re the one attacking, so get sued to it. Roll more.

The best thing to do competition-wise is to have at least 8 months, or preferably a year before you compete. Starting Jiu-Jitsu doesn’t mean starting to compete right away. First, you’ll need the technical knowledge to go out. Next, you’ll need the experience. Finally, you’ll need to get acquainted with the rules. The best way to do so is learning them while you’re rolling. That way, every time you roll you’ll be acting in accordance with a ruleset. When you get out to compete, you’ll just need to repeat your rolls. Nothing to it.

7 Awesome Tips To Make You A Formidable White Belt

Arte Suave – The Gentle Side Of Brazilian Jiu-Jitsu