There’s no denying that Eddie Bravo is one creative guy! Less than a decade ago he truly revolutionized Jiu-Jitsu, especially the pro-grappling circuit. In fact, one could argue that it was Eddie Bravo that launched the entire professional BJJ scene. His Edie Bravo Invitational (EBI), featuring a unique rule set that changed BJJ forever. He did not stop there, coming up with Combat Jiu-Jitsu next, and now, he added a third type of pro grappling event to his resume – The Eddie Bravo Jiu-Jitsu Overtime tournament.

Every time Bravo comes up with something new, people frown a bit or at least raise a suspicious eyebrow. Eddie is a known conspiracy theory nut and is also famous (or infamous) for having some radical ideas about, well, everything. However, when it comes to Jiu-Jitsu, he is nothing short of a genius. After all of his ideas take shape and materialize, people usually immediately change their opinion and jump on the bandwagon. The Eddie Bravo Jiu-Jitsu Overtime event was the latest example of this, and, as with previous Eddie Bravo inventions, it turned out to be awesome!

The EBI ruleset was actually what Eddie Bravo tried to promote way back when he organized the first Eddie Bravo Invitational. He always thought that the BJJ world was held back by dumb rules that made no sense, and most of the grappling community agreed with him. Yes, even those that thrive in IBJJF tournaments agree that Eddie’s ruleset is the best one for Jiu-Jitsu.

Bravo came up with the idea of a submission-only tournament. Actually he didn’t, he took it from Metamoris, giving them all the due credit in the process. However, he introduced a much-needed set of rules that actually ensure there’s a winner to every match, rather than just a bunch of draws. 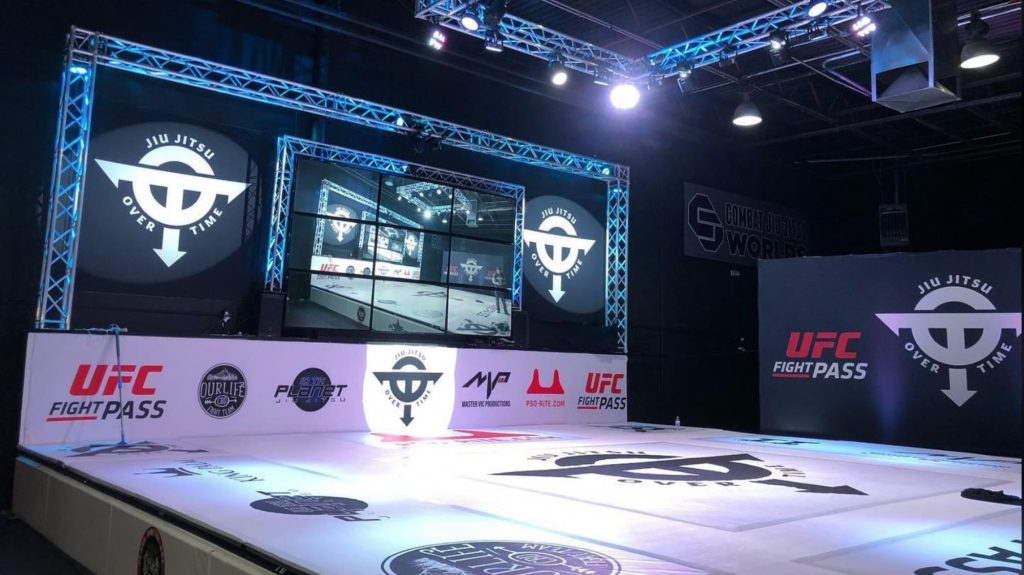 First of all Eddie Bravo made rounds last 10 minutes. All events are No-Gi, and there are no limitations to what you can do, in terms of legal and illegal techniques. The issue with Metamoris was, that they had lots of draws because at the end of a round time if there was no submission a draw was declared. Moreover, everything match was a super fight. Eddie organized things in a 16 man tournament, which meant every round needed a winner.

That is where his unique EBI overtime rounds came into play. They ensure there is a winner to every match, whether it is by a submission finish or an escape, in very intricately organized rounds. It was this part of the EBI rule set that caught everyone’s eye, and ultimately, proved that Eddie Bravo stumbled upon the winning formula for professional Jiu-Jitsu. Jiu-Jitsu overtime rounds ensured there’s submission hunting, no stalling, massively improved submission defense in grapplers, and they do have an entertainment factor to them. Knowing that people enjoy watching this cruelest, Bravo now organized an entire event around the Jiu-Jitsu overtime rounds.

How do EBI Overtime rounds work? The concept is simple, but there are a lot of details to them. Not unlike BJJ. For starters, in regular events, after the 10-minute regulation round, there is an overtime round of 5 minutes. At the end of matches in the finals, there are three overtime rounds, each lasting 5 minutes at the most. Here’s how it all works.

The referee flips a coin, with each competitor having chosen a side. That means one of them chooses where they start the overtime round. There are two positions available: the seatbelt back control and the Spiderweb armbar. Rules are simple – whoever is on the attack, needs to finish in less than 5 minutes. Whoever is on the defense, should try and escape the position as fast as possible. Once a grappler escapes back control or the Spiderweb, the round is over.

To make things fair, the person escaping now gets to go on the attack, and they get to choose where they start from as well. If they tap the opponent than the person that had the faster submission of the two is the winner. If there’s a submission in one round, but not the next, whoever got the tap wins. Lastly, if there are no submissions, the fastest escape time determines the winner. As you can see, jiu-jitsu overtime rounds really do leave no place for draws.

We talked about the best ways to prepare for these types of rounds in a previous article.

The first Edie Bravo Jiu-Jitsu Overtime event took place yesterday, July 19, 2020. It featured featherweight fighters, including notable names like Ethan Crelinsten, Keith Krikorian, Mike Davilla, and others in the 16 man tournament. The event centered around EBI Overtime rounds only, meaning grapplers chose the spots to battle in via the coin toss and then went on for the rounds, just like at the end of a 10 minute regulation time round. Crelinsten was declared the first-ever EBI Jiu-Jitsu Overtime champion at featherweight.

The vent also featured special matches, one with Anthony Birchak facing Dominic Salcedo, and Grace Gundrum squaring off against Danielle Kelly. Birchak won by the fastest submission in the former, while the latter was the real main event of the evening. The hyped-up battle between 10th Planet prodigy Grace Gundrum and new Silver Fox black belt Danielle Kelly ended up with a victory for Grace, via fastest escape time after three rounds of overtime. While there was no submission there were some close calls and some crazy escapes in this match. The cherry on top was Eddie Bravo awarding Grace her black belt on stage, right after she was declared the winner.

These Are The Full Results Of The Tournament:

Personally, I really enjoyed this event, and I’m looking forward to seeing more of these in the future. Crelinsten definitely had a stellar performance, and the much-hyped Grace Gundrum vs. Danielle Kelly war also lived up to our expectations, to say the least. Jiu-Jitsu overtime rounds, similarly to Combat Jiu-Jitsu seem to be yet another of Bravo’s brainchildren that are going to stick around.