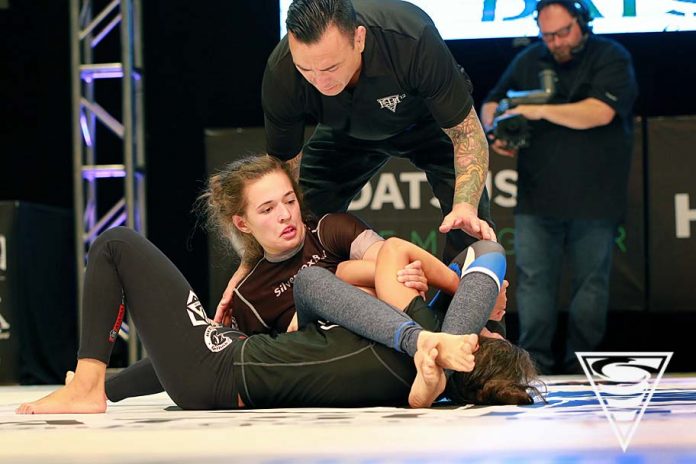 It is safe to say that Eddie Bravo’s EBI tournament has re-shaped the world of Jiu-Jitsu. And for the better. The tournament has plenty of positives about it, from the fact that it pays grapplers to compete to the exciting submission the only format. However, there were other organizations before EBI that offered the same benefits, like Metamoris for example. Actually, Metamoris is where Bravo first got the idea. the true innovation though is in the ruleset. EBI’s greatest achievement is the manner in which it solved the draws issue. The EBI overtime rounds were the spark the submission only grappling scene was lacking to take off. And it did.

Everyone who has ever competed at an IBJJF event knows that there are plenty of ways to win besides submitting an opponent. Moreover, there are easier ways to win than going for a finish. Just holding an opponent down might bring you victory by points, advantage or even a referees decision, if you were more active. This is the main reason that other organizations popped up about a decade ago, trying to encourage grapplers to go for the finish by limiting victories opportunities to submissions only. However, this gave birth to a whole different problem – draws. Since submission was the only way to win, when both grapplers failed to finish within a timeline, the match was a draw. This turned out even more boring than IBJJF rules in certain cases. Until along came Eddie Bravo and his EBI Overtime rounds.

What Eddie Bravo essentially did was combine rules from different organizations. He took ideas from Metamoris, ADCC and a host of others and molded the perfect tournament format. TheEddie Bravo Invitational is a 16 men/women NO-Gi submission only tournament with a twist. It provides a means to distinguish a clear winner out of every match while still not falling back to a points system. The EBI Overtime rounds are, arguably, the best rule-related innovation the world of Brazilian Jiu-Jitsu has ever seen.

Improve Your Chances To Win In EBI Overtime With JT Torres’ Groundbreaking DVD Instructional “Passing, Back Takes And Finsihes”. This Instructional MIght Even Help You To Finish Before You Reach Overtime! Get it Now!

The basic idea behind overtime rounds is to get a winner without the need for a judge’s decision. Basically, the overtime rounds in EBI give both grapplers the opportunity to directly attack and defend submissions in turn. IN order to provide equal opportunities, there are two starting positions. One is the spider web position (armbar) and the second is seatbelt and hooks back control.

The competitors who drew in regular time get to choose a position to start in. The grappler who attacked more gets to choose first, or they flip a coin if everything was pretty much level in regular time. Once they know who goes first, the set up in one of the two positions described above. Each overtime round has two parts – top and bottom. That means for every attacking position you have in a round, you have to go through a defensive one as well. 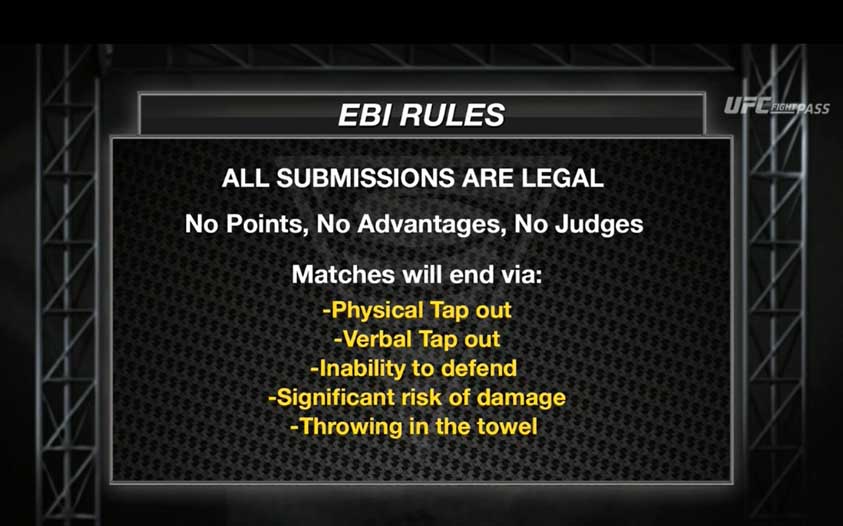 For regular bouts, there’s just one overtime round at the end of each regular time match. In the finales, there are three. Furthermore, the limit of an overtime round is 5 minutes. That means that in 5 minutes the attacking grappler needs to finish, or the defensive grappler to escape the position. If there’s no winner by submission at the end of overtime, the grappler who escaped the fastest gets the victory.

There are several more nuances to the rules, like what exactly constitutes an escape or ways in which to transition into other submissions. So far, EBI overtime rounds have been largely successful, so much so that other organizations are adopting them into their formats.

So, now that the rules are clear, what about the two overtime positions? Surely there’s a reason why exactly these two positions are the norm? Well, back control is widely considered as the best position to be in for grappling. The armbar is generally not as good in terms of control. However, Eddie Bravo’s spiderweb positions change this significantly, while also providing quick submission options.

That said, both of these positions have their strengths and weaknesses. So far, we have 16 EBIs to draw conclusions from, not to mention the qualifiers and other organizations. During those events, both positions were exposed and grapplers started devising strategies for both offense and defense. So, which one is better for you? Depends on your preferences, the circumstances, and of course, the opponent.

The spiderweb position is essentially the finishing position of a mounted armbar. You’re at an angle to your opponent one leg over the head and the other over their chest. You get to choose an armbar grip, most often involving a deep hook. Your other arm can (and should) hook the nearside leg, offering increased control. The opponent also gets to choose whichever defensive grip configuration they want.

The major strengths of the spider web position are in the speed of attack. You are very close to a submission, and all you need is to retain control and pry open the arms. This doesn’t take much time, usually and it is a great way to go for a fast submission. You might be going for it because you’re an expert at armbars, or because your opponent escaped and you need a fast submission before time expired.

On the negative side of things, the spider web position is much easier to escape than back control. While some general armbar escapes (like the hitchhiker) do not work as good, there are ways to defend and get out. IF you’re looking for ride time, this is definitely not the position to choose. If you’re in a hurry to escape though, the spiderweb is your best bet.

Back control is one of the ultimate checkmate positions in BJJ. It offers loads of control and great submission options. The thing is, that since you can control it, you do not need to rush a submission. Ths means your opponent can mount a steady defense and look to escape and beat you via the time factor.

What back control brings to the table is ride time. When you have seatbelt control and hooks, you can keep your opponent there as much as you want. Slapping on a body triangle is also a good strategy, as proven throughout EBI so far. This is a notoriously difficult position to escape from, and you can also get a submission if you’re persistent.

The main trouble with back control is getting a fast submission. The opponent has two arms to grip fight with against t your two arms. that makes the battle equal even if you have a dominant position. Since taking (or cranking) is the way to go, opponents know what to expect. So, if you have an opponent on your back during EBI overtime rounds, better hope that he’s not a back control expert, or you’re most likely doomed. Unless you flip the tables and get a sub before or after.

BJJ Gift Wrap – The Perfect Mount And Back Control Hybrid