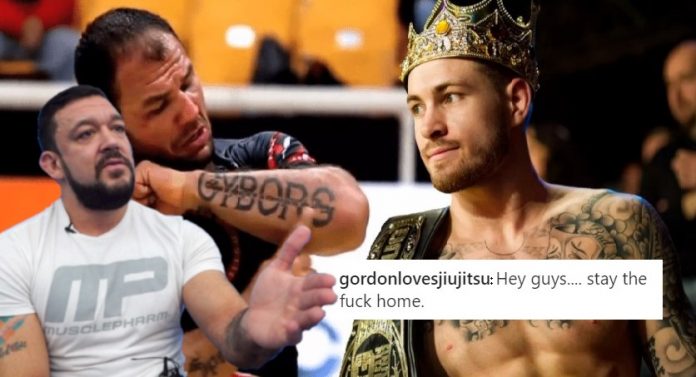 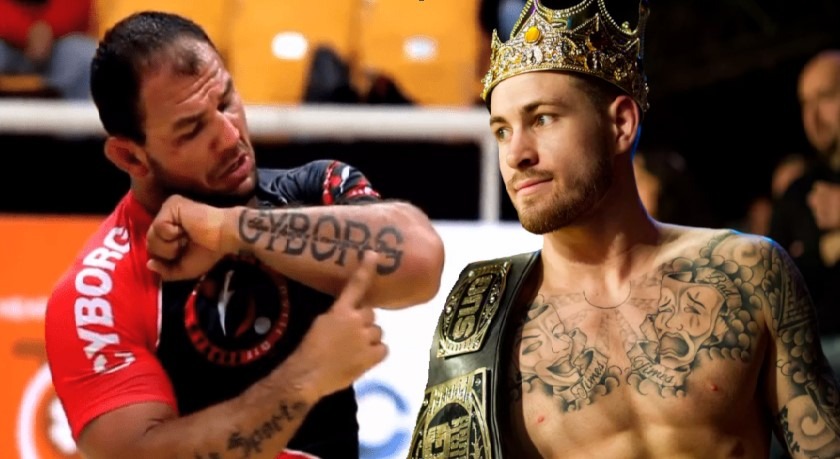 Recently, Gordon Ryan signed up to IBJJF World No-Gi championship. Immediately after that, he confirmed his sign up on his Instagram profile with a picture of his sign up and some “nice” words:
“Hey, guys…. stay the fuck home.”- wrote Gordon Ryan. 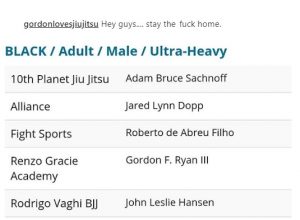 As you can see his bracket in a picture below he’s in the same division as BJJ legend Roberto “Cyborg” Abreu is and Cyborg wasn’t very happy with Gordon words. He replied to him:

“I see You still didn’t grow up with your black belt and learned about respect. The BS u create around yourself is not what BJJ is all about. It will never be about the medals and titles my friend. I thought your coach had already taught you that. Your acting takes from the champion you could be. I’m fighting since you were in diapers kid. Learn to respect. And you can bet I’ll be ready for you.”

Anyway, Gordon Ryan’s and Cyborg’s No-Gi IBJJF Worlds division, for now, is consisted of very good BJJ fighters like Adam Sachnoff and others and it’s not even in question that there’ll be more of them. As we can see it’s going to be a very interesting division and obviously the most interesting match will be against Ryan and Cyborg.

At the ADCC 2017, Gordon Ryan easily submitted Cyborg with an, but IBJJF has different rules where there’s no heel hooks and other devastating legs attacks and positions so it still remains to see how will Ryan be able to deal with those rules. While we don’t get in the question his knowledge of Jiu-Jitsu, IBJJF rules could take his very powerful weapon away and that’s exactly why Cyborg could shine.

Who do you think will end up as a winner in Gordon Ryan vs Roberto Cyborg Abreu match and how? 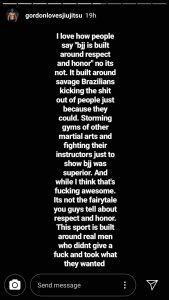 It’s pretty hard to disagree with Gordon on this one.

Tom DeBlass shares his opinion on this situation and debate between Gordon Ryan and Cyborg and it seems like Tom DeBlass and Cyborg share the same view on Jiu-Jitsu. 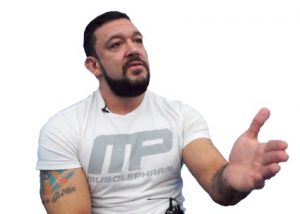 “Here is a picture of Roberto Abreu and I competing in 2009 ADCC. We battled nearly 10 years ago and since then we have both managed to help bring Jiu-Jitsu to a positive light worldwide and Cyborg has managed to win some titles that put him among the best competitors in history. This is before @gordonlovesjiujitsu was even training. Fast forward nearly a decade and young Gordon has an ADCC title and arguably is one of the best no-gi grapplers that history has ever seen. Guess what, Jiu-Jitsu is about more than winning titles. I am not a perfect guy by any means, and I make a ton of mistakes. Yet one code I try to live by is the martial code. Respect. I cannot condone the recent actions by Gordon talking shit to Cyborg. Cyborg is someone like myself, who has given so much back to the Jiu-Jitsu world. One year ago we put on a seminar together giving all of the earnings to hurricane victims. I believe Cyborg has a place in history that should always be respected. You all know me, I don’t like the shit talk and if someone talks disrespect to me I am old school and will handle it on site. I’d rather not talk at all. Cyborg and I have managed to keep a positive relationship from the first moment we stepped on the mats to battle one another, and I expect to maintain that for life regardless of competing. I have enough problems in my life, I don’t need them with someone on the same mission as myself. I love Gordon like a little brother but I do not control him. His recent actions have nothing to do with me or any of my team. He spoke as his own man. I hope everyone has a great Sunday.”