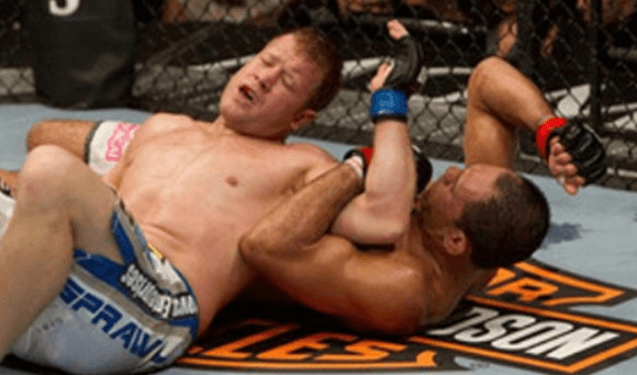 If you asked me which position in really deeply hate defending against I’d have to say it was back control. Having someone behind you makes finding ways out that more difficult. Even leg locks are easier to deal with than having a human backpack trying to strangle you from behind. To this day, I do not particularly enjoy getting out of back control, so I try to prevent it the best I can. That said, there’s one back control variation that I’d bet most grapplers utterly hate. At least when they’re on the receiving end. Back control defense is not easy, and crucifix defense is even harder. In fact, getting out of the crucifix position might be the greatest Houdini act in Jiu-Jitsu! Now, it’s time for you to learn how to perform it!

If you take a look at some of the world’s most proficient grapplers, you’ll easily notice a common pattern. Marcelo Garcia, Felipe Pena, Cobrinha etc, all have the tendency to hunt for the back. Back control does bring an immense amount of control along with direct submission options. In fact, it also brings 4 points in most competition formats, which is the most you can get from a single position. Escaping is hard, even when you’re in the basic seatbelt and hooks control. Crucifix defense is a whole different can of worms, but it is absolutely necessary for you to know at least one.

Why should you be so focused on learning a crucifix defense? Well, first of all, the crucifix position is like back control on steroids. Secondly, even more, submissions and even striking options are readily available. And last but not least, even though your hips are free, getting out is nearly impossible against a well-versed opponent. So, figuring ways out of a position that has you trapped, powerless and gives your opponent multiple ways to finish you is not just a good idea, it is a priority!

The Power Of The Crucifix

The crucifix position is one of the most brutal positions in Brazilian Jiu-Jitsu. In fact, it is one of the most notorious positions in all of grappling martial arts and even MMA. The main problem with the crucifix position is the incredible amount of control over your upper body. Even though it may seem your opponent is barely hanging on, there’s absolutely no way to free your hands. Unless you create one, of course.

The crucifix position has you behind an opponent, controlling one arm with a Kimura grip, and the other with a triangle made with your legs. The power of the position lies in the fact that it offers control over both shoulders. The reason why control is so tight is that there’s no way to either pull or rotate your arms out. In fact, you’ll hardly even be able to bend or extend them unless the opponent allows it.

Getting there is also not hard at all. Feeling comfortable defending chokes from the back? Well, once you get caught in the crucifix a few times you’ll reconsider how comfortable you are. Getting there fro regular back control is a breeze. there are also very nasty ways of entering the crucifix from the turtle or the front headlock. In both cases, there are even more options for submission.

Speaking of submissions, name your favorite. the only thing missing are leg locks, and they’re actually not that far away. Arm locks and chokes are the usuals but there are also nasty neck cranks and ultra painful wrist locks. Now it is clear why you need a crucifix defense if you’re to become a good grappler.

Before we begin discussing crucifix defense, let’s make something clear. You can fight against the position until a certain point. Once you’re past the point of no return, you’ll get submitted, This is crucial to understand in order for you to know when you should tap. The crucifix defense options we’ll explore today work against the position, not fully locked submissions.

Learn some crucifix setups, attacks, and even defenses, from a true master of the position. Alexandre Vieira’s “Crucifix And Loop Chokes” DVD set is a unique piece of digital instructions. Get it while it is still on sale!

An Ounce Of Prevention

In order to stay safe, you need to understand that the weak spot of the crucifix is only during its establishment. Since in most cases, people are going to have control over one arm. preventing them from getting the other is essential.

From the back, people will usually control one of your arms with their arms in a Kimura grip. This means they’ll need to set up the triangle control on the other if they want the crucifix. Before the manage to get there, one good option is to roll out towards the side of your arm that’s trapped in a Kimura grip. This’ll both get you on top and keep you safe from submissions, at least for a while.

Another option, one that sometimes works if you’re late with the first is the roll out. You need to be careful with this crucifix defense though because you might end up neck cranking yourself. The goal is to slide forward until your head is on the mats and then simply roll behind before your opponent establishes rotational control over your arm. It is not a very high percentage move, but it works well if you time it right.

This crucifix defense is as last second as it can be. it utilizes the fact that your opponent releases one of your arms in order to get to your neck. At this point, an experienced opponent is already very near a choke so you’ll need to act really quick.

First and foremost you’ll want to turn towards their legs. This is going to both get you into position to work a defense and create space to deny the choke. Since a good crucifix requires correct leg positioning (outside leg goes over the arm) you’re going to use it to your advantage. Once you turn towards the legs you’ll look to hook the “dangling” leg with one of yours, preferably your bottom leg.

Once you have the leg it’s time to worry about the seatbelt grip. Defend as you would from regular back control, looking to hip escape along the mats towards the opponent’ head. This will release the arm they’re controlling with their legs, so you can use it to remove their seatbelt grip completely and shimmy out to safety and top position.

All The BJJ Necktie Variations You Need To Choke Everyone!