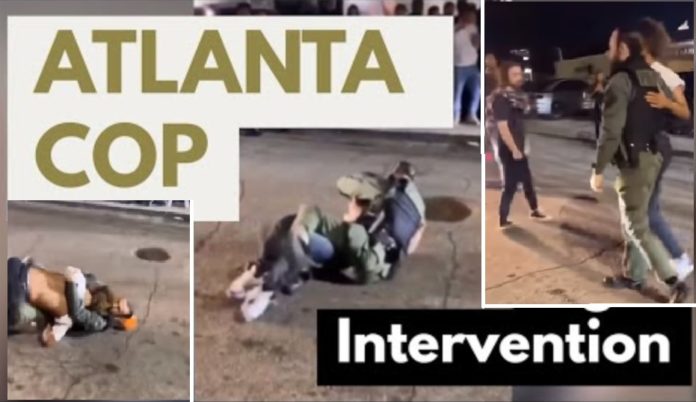 The fight between two young guys was stopped by a humble Policeman.

Atlanta police officer was working the bars when a fight broke out between two young men. The officer intervened by grabbing one of the attackers from the back and took him to the ground. The civilian got up and fell on his back again crashing down on the pavement. Both officer and civilian tried to get up but the civilian was the first one on top. After ending on top civilian did a mistake of overcommitting pressure which the policeman used to sweep him into full mount and took full control of the fight. Most importantly, the policeman did not throw a single blow or harm the guy. After that, he started calming down the guy who probably didn’t even know the cop was on his back.

An interesting situation occurred when one of the passers-by tried to pull the policeman from the civilian. The policeman’s reaction is unbeatable. He just did a Death Stare which was enough for a passerby to leave him immediately. Soon after the policeman got up from the civilian and even helped him get up to his feet. He hugged him and let him go.