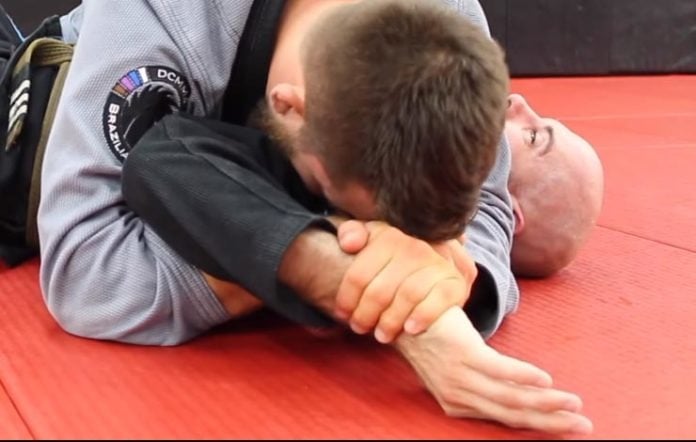 When was the last time you hit an Americana arm lock in BJJ? If you’re a white belt, your answer doesn’t count, unless you caught a higher belt with it. Jokes aside, the Americana arm lock is a submission that doesn’t often work in rolling, and even less in competitive matches. But the reason for that is not the lock itself, it is our execution of it. Well, that and secret little detail that will make all the difference in your finishing rate when the Americana is in question.

The Americana arm lock is one of those submissions people usually learn early on, they try it a few times, and then abandon it. As blue and purple belts, they might come back to it, but only opportunistically, mostly because a white belt presented it on a silver platter. However, when it comes to using it against skilled opponents, and particularly in a competition people usually never consider it as a submission, but more of a move that will open up other options. Well, it is time to think twice about the Americana.

The Submission That “Never Works”

After this article, you’ll never peg the Americana arm lock as the submissions that “never works” again. First of all, you have to understand that every submission hold in Brazilian Jiu-Jitsu works, at the very least once. It is only a question of increasing a move’s percentage rate of success that makes it seem like it is working or not. And, there is a way to do this with the Americana arm lock. 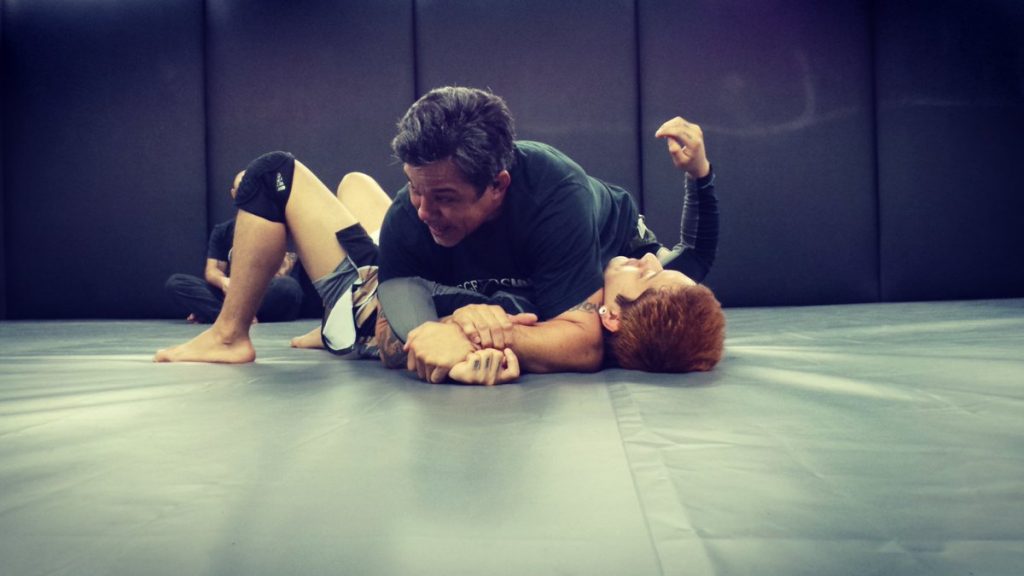 First, though, let’s look at some of the misconceptions behind the Americana and the most often quoted reasons why this move doesn’t work. The very first thing is thinking about it as a strong man move. Oftentimes people say that bent arm locks, and the Americana, in particular, is a strong man move. What that means is that strong folks should be the only ones able to use it. It also means that it won’t work against people stronger than you. Nothing could be further from the truth.

Secondly, people get positioning completely wrong. The Americana is a submission you do from the top. Period. Top side control and mount are your go-to positions for an Americana arm lock. the top half guard might be an option as well, but not as often as the previous two. Forget about all the fancy bottom side control or open guard Americanas – now those are moves that won’t even work once. They also happen to be the reason why the Americana gets a bad reputation as being ineffective.

The Americana arm lock is a submission that attacks the shoulder joint. What that means is it abides by the same principle that makes all other armlocks work. In order for it to work, you’ll need to isolate the two neighboring joints, in relation to the one you’re attacking. Since you’re going for the shoulder, the two joints on each side would be the elbow and the neck. This neck part is what most people get wrong, and then they claim Americanas don’t work.

In terms of isolation of those joints, the wrist grip that pins the arm to the ground helps isolate the elbow, restricting its movement via a lever which is the forearm. And no, you don’t need a figure four grip at wrist level to hold, and definitely not to finish an Americana arm lock. As far as neck isolation goes, all it takes is pushing the head to the side with your elbow to take away most of the neck’s range of motion.

Finally, there’s the angle. While most people look for a 90-degree angle between the forearm and upper arm, it should actually be a lot less than that. The closer you can get the wrist of the arm you are attacking to the shoulder, the better your pressure on said shoulder will be. That, along with the grip variation that follows will transform the Americana in one of your most powerful attacks!

To begin with, credits. this Americana arm lock variation is a product of Braulio Estima, and if you don’t know who he is, then you’re probably just an infant in BJJ terms and still can’t tell an Americana apart from a Kimura. While Braulio shows this move from side control, it does work equally as good form mount as well. I haven’t really tried it from top half guard, but you can be m guest and experiment.

The main idea here is that the figure four grip we lock at writ level, actually allows the shoulder to be on the ground, and hence, leaves space for it to move before the opponent feels the lock. Instead, Brauilo’s take on thing is to lift the shoulder off the ground, blocking it off completely before applying braking pressure in the familiar direction. in order to achieve that, you’ll need to do a different grip that allows for all of that to happen.

The goal is to place the forearm of your free arm underneath the shoulder, instead of placing it underneath the upper arm of the opponent. This also means you’ll be unable to grab a figure four Kimura-style grip. Instead, you’ll aim to grab your own triceps, above the opponent’s shoulder. This grip variation will bring on the tightest Americana arm lock submission you’ve ever set up. The pressure is there before you even start to move the arm, and there’s even more space to move it in because the shoulder is off the ground.

The Americana arm lock will work for anyone, under any circumstances, at all belt levels. All you need to remember is that it should be done from the top, you should follow the basic principles that make arm locks work, and you should definitely use Braulio Estima’s grip variation for the finish. Suddenly, this white belt move is going to make a comeback in your submission arsenal and you’ll be tapping people left and right with it!

Side Control Masterclass by Matheus Gonzaga