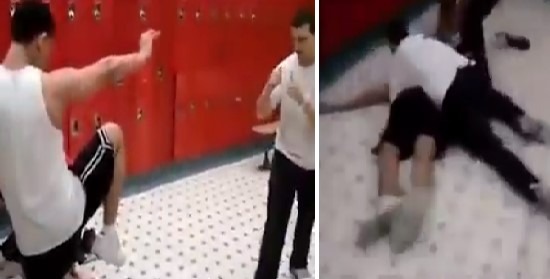 It’s obvious that a lot of martial arts these days are highly ineffective but they still gather a lot of people. While it’s ok that people train what they want, they should know where they stand in reality. I mean, their instructors should explain that to their students.

If Bruce Lee is still alive I’m sure he would completely abandon his old school ways of fighting and would be a huge fan of MMA and sports-related with MMA like Muay Thai, BJJ, Wrestling etc… But that’s not something his fans think and that’s the reason some people still stick to Wing Chun kung fu, Jeet Kune Do and other ineffective sports.

In the video below we can see an example of a guy still living in a world of Bruce Lee. Unfortunately for him, he got body slammed and KO’d pretty hard. We could say that this lesson was learned the hard way.

Wrestler gets the better of karate kid