Fake martial arts and fake martial artist are probably the biggest problem in martial arts. It’s really hard to understand how come those Fake instructors get people to teach them something that is obviously FAKE.

The even bigger problem is that they are actually teaching people some sort of self defense art. Making people feel safe on the streets with this kind of martial arts is something that should be punishable by law. False sense of security on the street can cause you a lot of damage and even get you killed.

I don’t know if we should feel sorry for people training it because I don’t understand how they don’t get it’s all fake. Or maybe they want to train it knowing it’s all fake. It’s hard to tell actually, as much as it’s hard to get into those peoples’ heads to find out why they stick to fake martial artists.

Check out the demonstration of some “martial art” in a video below.

Posted by Mcdojolife on Tuesday, December 26, 2017 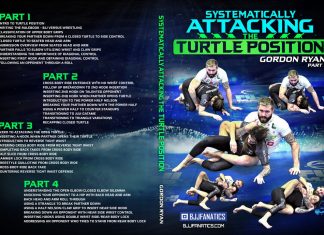 BJJ World - April 26, 2020 0
Gordon Ryan might have retired (however shortly) from competing, but he definitely didn't retire from issuing DVD instructionals. Of course, everyone is more than...