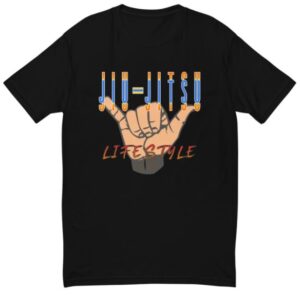 Back when I was a teenager, breakdancing was a thing. If you knew how to breakdance, you were in the center of attention. Being involved in martial arts since the age of 6, breakdancing didn’t’ really seem that challenging to me, so I learned how to do it. And it was fun. Fast forward a decade or so, and I signed up for BJJ. Suddenly, out of nowhere, some of those breakdancing skills started emerging and helping me whether out the toughest period of Jiu-Jitsu – those first few white belt months. The truth is, breakdance for BJJ is probably the best way to master unpredictable and high paced movement and become a better overall grappler.

When it comes to exploring breakdance for BJJ, that doesn’t mean that you need to start wearing baggy clothes, listening to hip hop, and becoming a full-fledged b-boy or b-girl. All it takes is training like one, given that there’s tremendous carryover in the skills you learn from breakdance to those you need in Brazilian Jiu-Jitsu. Of course, if you decide that the b-boy lifestyle is for you, by all means, keep dancing just for the sake of it. However, if you do BJJ, you need to at least give breakdancing a try, when it comes to cross-training in a fun way that doesn’t involve CrossFit or some other fad fitness trend.

Contents hide
Where Did Breakdancing Come From
The Relation Between Breakdancing and BJJ
Breakdance For BJJ: Drills
In A Nutshell

Where Did Breakdancing Come From

WE wouldn’t be real grapplers if we didn’t nerd out every time we come across something even remotely BJJ-related. So, before we explore why breakdance for BJJ is a good idea, and look at some drills that are helpful, we need to know what breakdancing is, and where it originates from.

Breakdancing is an NYC thing, historically speaking. During the late 1960s and early 1970s, this dancing style emerged among African Americans and Latinos in NYC. They combined dancing moves from different styles with gymnastics and even martial arts elements, creating a free-flowing and highly impressive dancing style. Breakdancing involves a lot of creativity, as there are no standard moves, or at least there were none at the beginning. It is all about being energetic, flowing, and freezing, doing dangerous acrobatics that ties into each other, and doing it all with a sense of rhythm.

The ”break” in breakdance refers to the rhythm of the music, produced by DJs mixing sounds to get the beat required for breakdancing. Kool Hertc is the DJ that came up with it, playing two percussion breaks from two records at the same time.

Later on, during the 80s, breakdancing became more mainstream, with moves like the moonwalk getting adopted by high profile stars, like Michael Jackson. Slowly, breakdancing moved from the streets and into the lives of everyone, mostly because of MTV and other music channels that popularized it. Interestingly enough, it took going mainstream for the term “breakdancing” to emerged, coined by the mainstream media. Speaking of going mainstream, break-dancers performed in front of the Pope in the Vatican in 2004.

The Relation Between Breakdancing and BJJ

The similarities between BJJ and breakdancing might not be completely obvious from first glance. One is a style of crazy dancing, while the other is a grappling match against another person that also knows how to grapple.  Moving past that, though, you can see how both employ unorthodox and specific patterns of movement which are not that far removed from one another. More importantly, al the same athletic qualities are required for both. Those include strength, flexibility, and mental toughness, as well as physical intelligence.

There are several reasons why breakdance for BJJ makes sense. A breakdance routine usually involves three things – standing movements, dynamic ground stuff (for lack of a better term), and “freezes” or static holds, usually done in the most impossible body positions imaginable. This is highly similar to what BJJ is all about. There’s a lot of emphasis on movement in break dancing, focusing on inertia, level changing, balancing, and reacting quickly. Moreover, the freeze poses help develop dexterity and isometric strength that is the same as that developed by gymnastics, only in the even harder body poses.

Another interesting aspect of breakdance for BJJ is the warrior mindset. In breakdancing, there are “battles” between B-boys and girls, where they take turns demonstrating their skills in order to determine a winner. If you truly like to embrace breakdancing, that this battle culture has a huge mental carryover to Brazilian Jiu-Jitsu which is all about competition 1005 of the time.

Finally, let’s analyze how we can integrate breakdance for BJJ into drills that will make you better at both.  The way to use these drills is in any way you see fit. They can be mobility drills, movement drills, isometric drills, etc. You could dance to music, or just try and accomplish the maneuvers in order to get a better understanding of your body, and learn to control it in every possible plane of motion.

There are interesting mobility drills that breakdancers use to get limber and loose for their main dancing flows. Apart from the usual warm-up stuff that targets joints, there’s a lot of spine work in breakdancing, like bridge pushups, chair freeze pushups, and twisting lower back drills. Also useful for Jiu-Jitsu are all the hip mobility and strengthening drills. From simple side to side rotations to squat rotations and “W” drills, expect a lot of improvement in your hips and knees.

Also, you could always use full b-dancing flows to just get a better orientation in space, physical intelligence, and develop quick-reaction dexterity that will definitely help you Jiu-Jitsu. The folks at 10th Planet  Jiu-Jitsu are certainly having a lot of fun with breakdance for BJJ. Flows and even b-boy battles are a regular part of their warm-ups, and it certainly shows in their unique style when they compete.

AS proven by the likes of Geo and Ritchie Martinez, breakdance for BJJ is as useful as it sounds unorthodox. Given that Geo got his black belt in just over 3 years due to his breakdancing pedigree, you have to admit there is something to this breakdance for BJJ thing. Personally, I’ve never been near the level of the Martinez brothers or any respectable b-boys out there. However, a quick refresher course of my break dancing skills certainly helped and is still helping me in my Jiu-Jitsu journey. Why not give it a try? It can only be fun!