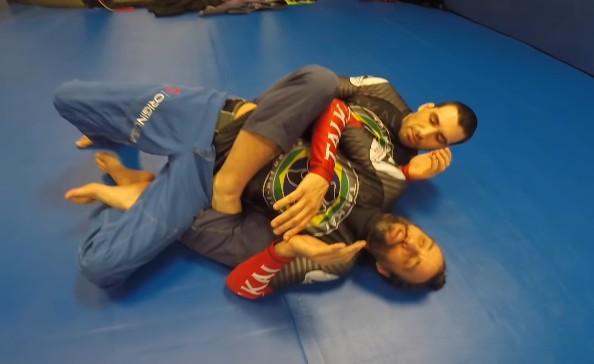 Ever had your back taken in BJJ? Sure you have, it is BJJ! It probably happened on your first day, when you got reacquainted with reality and how easy it is for someone the beat you up, basically. Well, having people behind you doesn’t get any easier as you go through the ranks. In fact, even then it can be a real sticky place to get out, especially if the person holding back control is good at it, which many people are. A great example of the level of annoyance back control can yield is the body triangle Jiu-Jitsu position. That one can be a nightmare to solve!

The body triangle Jiu-Jitsu position is one of the best spots to be in – if you have someone’s back. The body triangle will offer you more control than you ever thought possible and it will help you annoy opponents to extreme levels. However, getting out of it is where you need to have some skill and a calm mind. otherwise, you’re in for the most horrible ride of your life, one that will most likely end in you tapping out to a choke.

The triangle position is so strong because of several mechanical advantages. For one, you get to use your legs against different body parts o your opponent. Even in the case of using them against their legs (think Honeyhole), you still have two legs against one. In other words, you use your strongest body parts to control a leg, an arm, the neck, or the waist of an opponent.

Moreover, you get to used not just a closed circuit to control a position, but you get to reinforce it. Danaher likes to call triangles “reinforced wedges” which is probably the best description. It also shows why it can be so hard to break out of one – the strongest body parts are configured in the strongest possible configuration.

That, and the inescapable fact that when you’re doing the body triangle Jiu-Jitsu position, you are behind someone. That, in combination with the above fact, means that a body triangle is not a spot you want to be stuck in. However, as is the case in BJJ, there is always a way out! 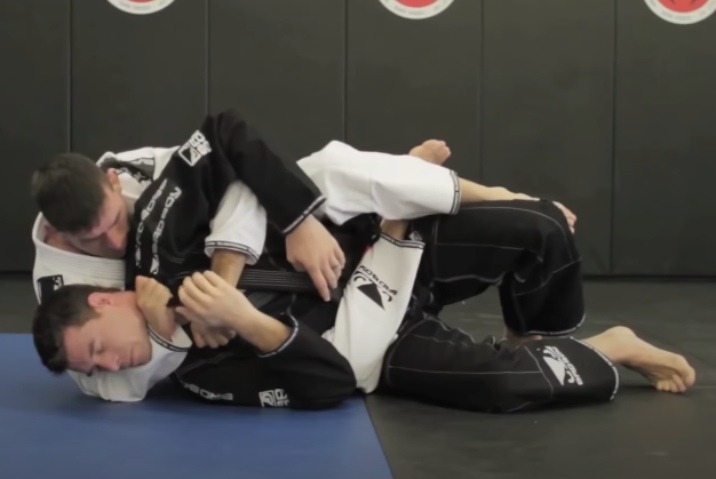 What You Need To Know

Before we look at the actual mechanics of escaping the body triangle, let’s look at the tactics behind back escapes in general. Pun intended. The way to approach escapes from the back has a two-step process that has to be down in sequence if you are to get out and not tap. Whether it is a body triangle, hooks, twister hooks, lockdown, or whatever, the sequence of escaping the back remains the same – first defend that choke, then beat the legs.

Winning the grip fighting game when you’ve already been caught in the body triangle is an absolute priority. Unless you’re able to stop a choke from taking place, looking for a way out of the boy triangle is not going to be possible.

That said, when you are certain you can’t get choked out, you should definitely focus on beating the bottom leg, or bottom hook. If you truly want to get out of the back, beating the bottom hook, joint by joint from the ankle towards the hip is your best bet. That is precisely why the body triangle is so devastating – it protects this bottom hook better than many other back control variations.

How To Beat The Body Triangle Jiu-Jitsu Position

First of all, you need to remember to stay relaxed when you’re caught in any bad spot. Out of them all, the body triangle Jiu-Jitsu position is the worst one to panic in, given that any tension means you feel the pressure of the triangle configuration a lot more. Once you’re relaxed, simply win the grip fight and look to beat the body triangle. Beating the triangle, though, does not always involve opening it before you get out. On the contrary.

Getting out of a body triangle involves you turning towards the opponent. If they are not behind you, there is no power or advantage to the body triangle. In that sense, all you need to focus on is change the angle. With the triangle locked on top of your hips, your goal is to turn the hips towards the opponent, and not towards the ground. A simple hip sitch will get you there, as long as you are careful not to give away control over the knee of your top leg. The moment you turn enough so that the triangle configuration is no more, you’ll have no problem getting out. Just be conscious of mount transitions.

The one thing that is a weak point of the body triangle is where this locked. When locked on top, it is powerful, but if the lock ends up on the bottom, the person escaping can use it to their advantage. That just means that when you’re stuck really deep and can’t switch the angle, positioning the lock on the bottom will allow you to actually get a footlock counter. All it takes is extending your hips and pulling on the knee. If the person decides to unlock it, you simply use that fact to clear the bottom hook and escape. Foolproof and easy!

Beating any triangle Jiu-Jitsu position is difficult. Beating the rear body triangle is next to impossible if you do not understand how it works, where its weaknesses are, and the sequence of steps that will guarantee your safety. Equipped with this knowledge, though, and combining counter-attacks (like the footlocke) with escapes at various spots in the body triangle means you have the best chances of getting out.