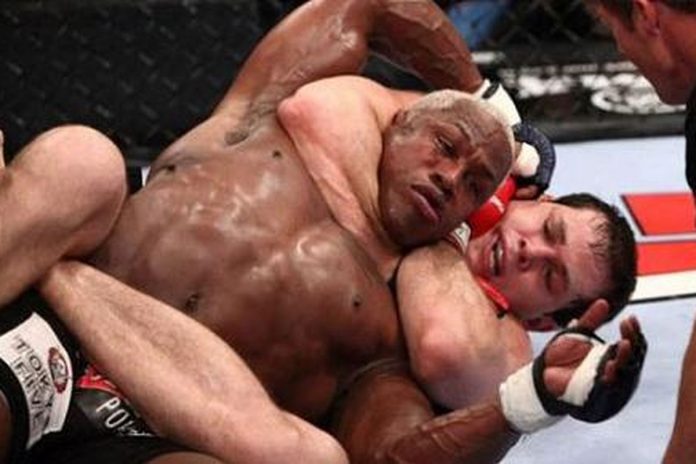 Back control is the one position that all streams of BJJ universally agree upon. You’d be hard-pressed to find a grappler who believes that back control doesn’t work. It both brings the maximum points in IBJJF competition and is one of the overtime positions in its No-gi counterpart, EBI. Taking the back is a demonstration of ultimate power. it is a position that offers plenty of rewards and almost no risks. That said, as with all things BJJ, there are levels and details to controlling the back. From the basic seatbelt grip to modern concepts like the Straight Jacket, the variations are numerous. Speaking of variations, there’s one detail of controlling the back that people very often take for granted.it is the body triangle.

The body triangle is seeing a re-emergence lately, and rightly so. It offers a crazy amount of control from a position that’s already difficult to escape. It is actually a very very simple thing to do. And, it is nothing new nor complicated but people seem to give it a try and pass it by. This is a pity as it has been proven to work at the highest levels of the sport. I  am one of those guilty of overlooking this precious technique. It took learning a defense against it (not a very good one) to truly understand what I’ve been missing on. Now, it’s one of my main weapons to help me maintain back control.

There’s no dispute that the body triangle is a position that favors a certain body type. If you have long leg you’re most likely to be more successful with it than people with shorter limbs. However, anybody can adjust the body triangle to their frame. Actually, shorter people might end up having even more success with it. It is not unlike the D’arce choke. Lankier people can get it more easily, but when shorter people learn it, there’s absolutely no way out. The only thing to consider is that it’ll take many more repetitions to finally get it right. but, for a move like a body triangle, it is totally worth it!

John Danaher has one of the most efficient back attacks systems in existence. n his back control concepts, the body triangle plays a huge role. Learn all the body triangle variations you see grapplers like Gary Tonon and Gordon Ryan do in competition. Pick up Danaher’s Enter The System: Back Attacks DVD now, because your opponents already have it!

The basic point of the body triangle is to get increased control over your opponent’s hips. As you should know by now, back control is all about two points of control the hips and the shoulders. COntrolling both means you’re preventing rotation and/or movement up and down. From such a secure spot it is easy to go looking for submissions until you get them or time runs out.

So how does the body triangle work? It helps you prevent your opponent’s hip movement by wrapping one leg tightly around their waist. If you position your legs properly (more about that below) you’ll be able to control their whole pelvis. And, the superiority of the body triangle over the traditional hooks from back control is in the wedge. Having a triangle means that one of your legs is helping the other one keep the opponent in place. It is the principle of reinforced wedges that is the most important one in terms of control.

A huge factor of the body triangle is preventing rotation. This is especially important against smaller or slimmer opponents. With the body triangle, you take away all of the opponents rotational power, even if you release your shoulder control. This is a byproduct of the tight squeeze due to the wedge. It also offers a lot of stability for your position, meaning any escape attempts are going to run into a brick wall.

Getting And Retaining The Body Triangle Form Back Control

Let’s see now what exactly it is you’re looking for with the body triangle and how to get it from traditional back control. When you have your hooks in and a seatbelt grip, you can always go for the body triangle. The first rule to remember is to always keep the body triangle on the top side. Never lock it in, or keep a body triangle locked when the triangle side is on the mats. That is the only time when an opponent can look for a counter.

So, from back control, simply place your calf across the opponent’s hips, locking u pa triangle with your other leg on top. The primary place to control the body triangle is right above belt level. There, you can squeeze the “wings” of the pelvis completely shutting down any movement in the hips. it is also the thinnest part of your opponent, meaning leg length plays a much lesser role.

Once you have the body triangle in you have complete control. But, you can use the triangle to achieve much more than just control. Directly speaking, squeezing your legs puts an immense pressure on the opponent. They’ll find it very difficult to breathe. It also takes only an extension of your hips to completely extend your opponent, easily opening the neck.

Speaking of the neck, with a body triangle your best bet is having your “over” arm on the bottom. Also, even if you’re with the gi, go for the rear naked choke. Collar chokes tend to leave space when you have a body triangle on. As a final tip, if you can, look to place the body triangle higher from time to time. Right below the floating ribs is the best, giving it a new painful dimension.

The Rear Naked Choke From Hell

Choke Your Opponent While Passing With The Amassa Pao