People competing in Brazilian Jiu-Jitsu are never short of a way in which to win a match. Of course, the most sought after the manner of victory is via submission. Nothing makes you feel better than making your opponent give up completely. In most competition formats there is also a point system included. This point system comes into play in the event that no submission attempt ends up successfully. Furthermore, in the majority of tournaments, there’s the highly controversial advantage system that accounts for successful attempts and activity. Finally, there’s the referee’s decision, the final manner of concluding who won a match. And this is the main source of hatred that a Jiu-jitsu referee experiences at every tournament.

Being a Brazilian Jiu-Jitsu referee is no easy task. To begin with, you are solely responsible for the well-being of the athletes companioning under your supervision. Next, you’re required to pay close attention to every little detail happening. During the match you’re also tasked with awarding points, deducting them, awarding negative points and or warnings and stopping and restarting the match. At an IBJJF tournament, a referee is going to have an upwards of 60 matches like this during the day. Imagine the level of focus required. It is no wonder that they sometimes make mistakes. but the fact is that the Jiu-jitsu referee is not the reason someone lost as often as people might think.

How referees Can Save Careers: https://bjj-world.com/guy-refuses-tap-getting-injured-referee-saves-damage/

What Is a Referee’s Decision?

The most common phrase heard after a grappling tournament is usually not “great job,” “congratulations,” or “awesome performance.”  Unfortunately, it was not any form of encouragement whatsoever. The most-used phrase is “the referee got it wrong again.” But the question is, did you really get robbed? Or was it just a really close match that could have gone either way?

It is called a “referee decision” for a reason – because it is subjective. A Jiu-Jitsu Referee can choose a winner based on, but not limited to, your takedown style, your submission attacks, your position control, your aggressiveness, or your strategic performance.

The point is, if the score is tied, it is no one’s fault except the athletes’ for forcing the referee to choose a winner and a loser. 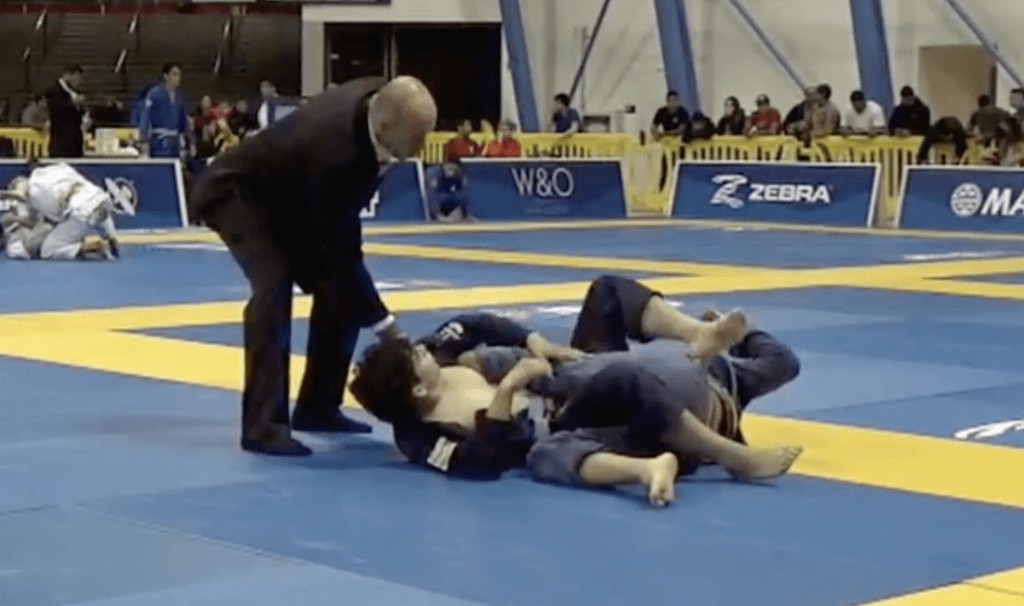 Don’t Blame It On The Jiu-Jitsu Referee

The problem with the over usage of the word “robbery” is that if an actual robbery was to occur, the statement carries no weight. In all fairness, there probably were some legitimate robberies that have occurred over the years at various tournaments.

No one Jiu-Jitsu referee is perfect. But when someone is telling a story about how referees robbed them of victory because of points or advantages, it’s best to stop listening. The smartest thing to do is to get as further as possible from the conversation. Is that rude? Maybe. But the fact is that your perceived robbery is in the past. It doesn’t matter anymore. Leave the past behind you, learn from it, and move on.

In many of the cases, people are actually mistaking “a wrong decision” for inconsistency. In the case of a robbery, the meaning is to take something from someone while knowing that what you are doing is wrong. What takes place more often, in reality, is the inconsistent application of the rules based on the referees’ interpretation.

For example, in 2013, Ary Farias lost his black belt world title just seconds after the finals match ended due to a penalty for stepping outside of the competition mat area as he celebrated his victory. This match has been infamously referred to as a “robbery.” As much as it might seem wrong, the penalty was correctly given based on the way the rules are written. The IBJJF has made the match unavailable on YouTube since. However, many grapplers often step outside of the competition mat area without receiving a penalty. It is hard to say that it was a wrong decision when ta referee just follows the rulebook. The problem is inconsistent rule enforcement, not a mistake per say.

This may sound stupid and cliché, but Jiu-Jitsu is a martial art. And like all art, it is up for interpretation. That is the very nature of art. Everyone can look at a painting or sculpture and describe what he or she sees, and surely no one will see the same thing. Jiu-jitsu is art that is in motion. Surely everyone will see individual performances differently.

At the end of the day if the athletes were unable to, at a minimum, secure a solid positional advancement and consequently the match ends in a tie score, then the athlete has no room to argue that he or she “should have” won. And by solid position, we’re talking about one from which the athlete has complete control. That means that they can literally look up at the referee and watch him or her award undeniable points. If you cannot take your opponents down and keep them down, or pass their guards and control them for five to 10 seconds, then you don’t deserve points. It’s as simple as that. 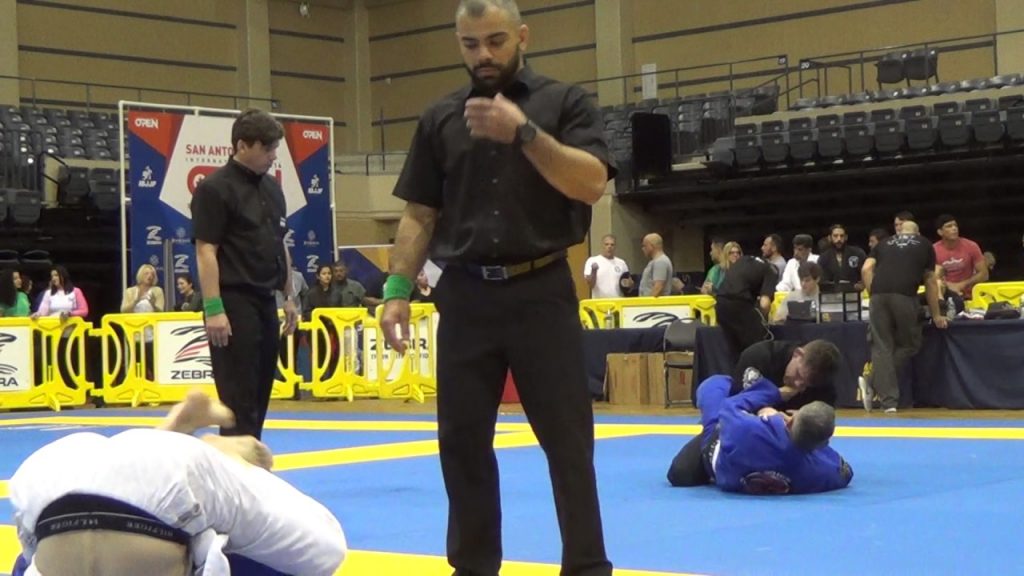 Another important point to remember is that advantages are not points. They are nothing. They are meager little assistants that help determine tied matches. It seems ridiculous to try and rely on an advantage to win a match. So, if you don’t get the win because you were trying to game the advantage system, that’s your own fault for not securing the position. If you let the match go the referee decision, then you should just plan on losing, because you certainly did not do enough to deserve a win.

There is nothing awesome about squeaking out a win by an advantage. Advantages are helpful because they act as a form of transparency for decision making in the event of a tie. They keep the coaches and athletes informed and motivated to push the pace. When the score is tied but one athlete is being more aggressive they, therefore, get a victory by advantages.

The problem is that athletes have begun relying on advantages to win when they can’t actually do anything of significance to their opponents. The reality is that if you did not outscore or submit your opponent, then you didn’t deserve to win. Don’t complain about the system like you are a victim. And certainly, do not blame it on the Jiu-jitsu referee. Take your loss like an adult and work to improve yourself. Stop whining about how the referees get it wrong all the time. You’ll only progress if you know how to move on.