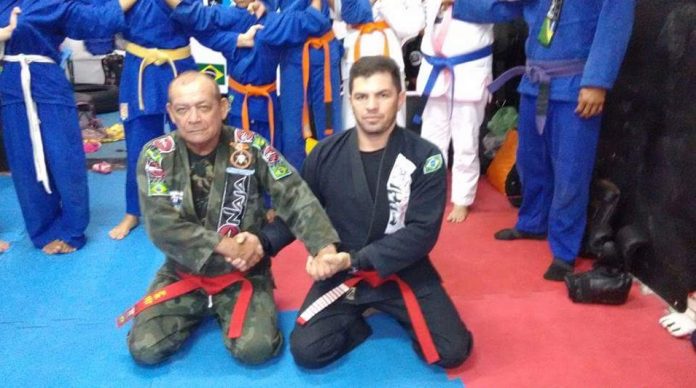 According to Renzo and Royler Gracie, If a practitioner receives his or her black belt at 19 years old, the earliest they could expect to receive a ninth degree red belt would be at the age of 67. Brazilian jiu-jitsu red belts are addressed as Grandmaster.

You can see a full list of Brazilian Jiu-Jitsu Red Belts HERE.

What happened on Tuesday, September 15th, 2015 is that unknown red belt in Jiu-Jitsu called Ubiratan Cordeiro who is not on this verified list promoted the 35-year-old Clayton Silva to red belt.

There’s an “explanation” of Ubitaran Cordeiro as he’s the president of an obscure BJJ federation called Federacao Pernambucana de Jiu-Jitsu Interestilos. Federation that he started and gave himself the highest rank in BJJ, 10th Degree Red Belt.

As we can see, GrandMaster Ubitaran Cordeiro is Brazilian, probably training BJJ for whole his life and the question here is if this is legit move or not? Are Gracies “owners” of Brazilian Jiu-Jitsu and people who should be asked about anything related to BJJ? Also here is a video of his Vale Tudo slap boxing (whatever that is) fight here: