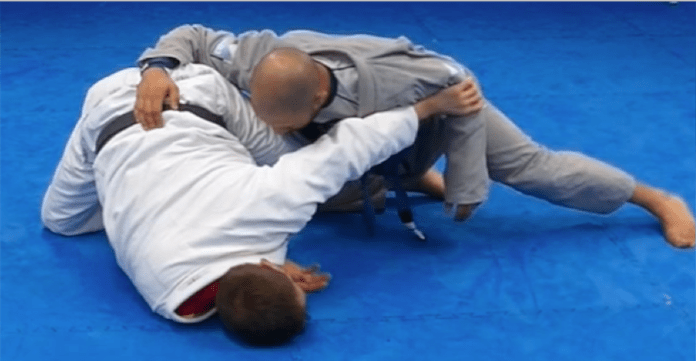 How comfortable are you with your Jiu-Jitsu escapes? Do you panic when you get caught or do you have ways to calmly sneak out and launch counterattacks? Escaping is an absolute must in BJJ, but not all escapes are made queal. Of course, it is a matter of personal preference, body type, and character, but at the end of the day, there are simply some Jiu-Jitsu escapes you can’t do without. We have four of those lined up for you today.

Jiu-Jitsu escapes are the most underrated aspect of Brazilian Jiu-Jitsu. We take them for granted and never think we’ll need one until we actually do. At that point, though, it will be hard to recall ti, and we end up tapping or ending up stuck. that, in turn, leads us to think the escape doesn’t work and we try and fish out flashy stuff on YouTube that seems like they’ll solve our problem. This loop then goes on until you recognize the fact that you have to train escapes pretty much like you train submissions – systematically and regularly.

The Art of Jiu-Jitsu Escapes

Getting out of dominant positions and BJJ submissions is really nothing short of an art within the art of Brazilian Jiu-Jitsu. Escaping is probably the hardest thing you’ll have to learn in grappling. Yeah, holding side control is difficult to figure out, as are leg locks. However, when it comes to escaping the mount or getting out of a triangle, you’re in for a world of pain before you start figuring things out.

Getting out of bad spots is absolutely necessary,y though, and I’m amazed at why people don’t’ spend more time perfecting this aspect of the art. Think of it this way: one person is always on the defense in every exchange during every roll and most certainly, every match. So how come we focus so much on attacks all the time and leave escapes to be our muscle moves, when they’re the moves that are the most technical and precise?

Jiu-Jitsu escapes are what actually makes your attacks possible, and even better. If you’re able to get out of a back attack, for example, you’ll be able to launch a counter that can finish the match. Throughout it all, you didn’t spend energy escaping, because you have a system that works, and you know that at the end of the exchange it will be you getting the tap. This is how escaping in BJJ should look like as opposed to the spazzy, ill-timed stuff we often see people attempt and fail miserably.

The Jiu-Jitsu Escapes You Have To Know

Speaking of Jiu-Jitsu escapes, even if don’t like to train them, you have to know several ones that will allow you to actually play a BJJ game. In fact, there are four escapes that you simply can’t do without in grappling. Unless you possess the skills of getting out of the mount, beating a triangle choke, escaping an armbar, or slithering away from back control, you’ll have a very hard time in Jiu-Jitsu indeed. And it won’t get any easier until you manage to figure these four defensive aspects of it out.

Escaping the mount should be among your priorities not just among Jui-Jitsu escapes, but in grappling in general. the best way to think about it is that you’ll be doing it against technically better, bigger opponents. Moreover, you should be doing it by spending the least possible amount of energy in the process.

The mount escapes to swear by is when you use a frame with an elbow on the inside of the opponent’s thigh. You won’t be able to move opponents too much, but you can move. Use your knee to force the shin of that leg to the outside, so that it is more accessible and you can easily trap it with your other leg and pull it into half guard.

The triangle choke is one of the submissions you really have to know how to beat in Jiu-Jitsu. That said, escaping the triangle can be done at several stages, but the Jiu-Jitsu escapes worth exploring are either really early ones or really late ones.

A late one that you simply have to have in your arsenal involves using the fact that your arm is across their body to help you escape, Place the palm of the hand that’s across on the inside of their thigh and use the elbow to push on their belly. This will allow you to set up a twist, eventually pinning the knee of the choking leg to the ground. Now you can pop on to your feet, rotate towards the choking leg, and try to extend your spine so that you look upwards.

For the armbar, it is easy – escape when they have the arm extended. if you can master this skill, you can rest assured that you’ll give away far fewer armbars than you are used to. OF course, the Hitchhiker escape is the one to go for here,. although there are some interesting new theories emerging as well.

For the Hitchhiker escape, you want to rotate your body, using your arm as the pivot point. The goal is to first rotate your body so that your feet point in the same direction as the opponents. Then, you can use the arm as a pivot point to rotate all the way to your belly, and eventually end up on top while getting out of the armbar.

Nobody is ever going to be able to choke you from the back if you know how to free up your hips. So, when it comes to JIu-Jitsu escapes from back control, you should think hips first and then shoulder, rather than the other way around.

To begin with, place grips on the choking arm so that you prevent it from sliding into a submission. Next, the bottom hook is always the one to beat. However, that might mean that you need to create space by pushing the top one off with your arm, before turning into the bottom hook and simply stepping over it. The moment you have it beat, you can easily get out of a choke and back control altogether.

Jiu-Jitsu escapes should be the foundation of your game. If you can escape from everywhere, you can then be confident about dominating positions or finishing with submissions. SImply spend time in bad spots and try to figure things out. However, if you don’t already have the four escapes above in your arsenal, focus on them first. If you can beat the back, the mount, the armbar, and the triangle all other escapes will be easy to learn.