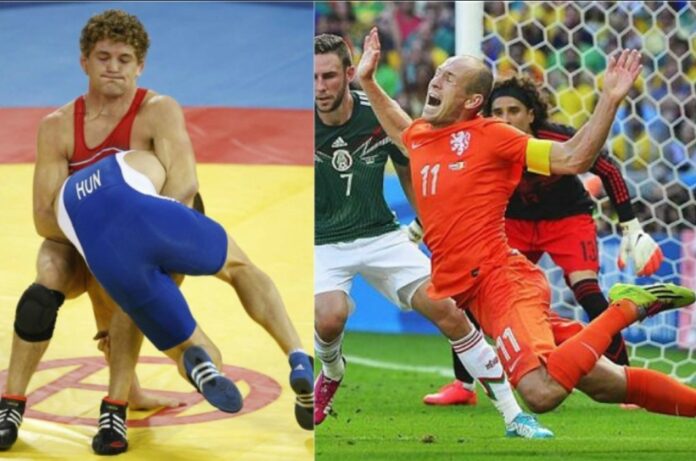 Ben Askren, one of the most effective wrestlers to ever fight in MMA, keeps going on rants and offers his opinions which usually go counter to popular culture. As the World cup in soccer/football is the focus of the modern sports world, Asken openly challenges it saying kids are way better off training in wrestling as opposed to soccer.

Ben Askren is a US Olympian wrestler and a former extremely dominant One FC MMA Champion. Unfortunately, he got to the UFC too late in his career and his performances in the world’s greatest MMA promotion were nothing to boast about. That said, he was one of the absolute best grapplers in MMA, using his signature Funk style of wrestling to surprise everyone.

As the soccer (football) World Cup began in Qatar a few days ago, pulling most of the sports fans’ attention toward one other biggest sports events in the world, Ben Askren had something to say about it:

“It was really the first time I watched soccer all year. I was really appalled when I am seeing all these guys falling on the ground, rolling around, crying. And then you know the worst part about it is, they show the instant replay and you can tell – most of these guys, they don’t even get hit, they’re faking it.”

Ben Askren went on to as y there is no honor in playacting the way modern soccer/football players do:

“There’s no honor in faking an injury. There is no integrity because you are lying about it. And there’s no toughness because you are in front of millions of people, and you’re rolling around on the field, crying – CRYING – about a fake injury that never happened.”

“Listen folks, if you want your son to grow up to be a man, don’t have him run around on a field kicking a ball, get him wrestling.”

There’s hardly anyone in the combat sports world that would disagree with ben Askren on the subject. However, when we compare the salaries of soccer/football players and combat sports athletes, we can see why parents might be more inclined to have their kids chasing after a ball rather than after submissions.