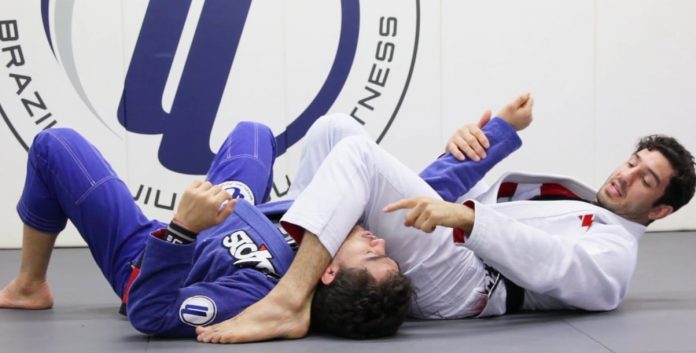 What is your favorite side control submission? There are plenty to choose from, that’s beyond a doubt. However, statistically speaking, most people tend to go for chokes. Chokes are easier to set up without giving away too much space for the bottom person to move and escape. But why limit yourself to chokes? An armbar from side control can be a powerful weapon, particularly as there are two limbs to attack with it, compared to just the one neck. Let’s explore some options.

An armbar from side control is not an unusual attack. It is just an attack that people tend to skip, because of the high risk that you’ll lose both the submission and the position. In some cases, you might even end up being on the bottom. Those are all valid points, but the armbar from side control does have several setups that help you get rid of all the risk, and increase the submission percentage rate. All it takes is a bit of patience, which somehow, seems to be the one quality most BJJ athletes lack.

Fixing The Armbar From Side Control

Go near or go far? Go straight or go bent? These are just a couple of the questions people ponder when they contemplate whether or not they should go for that armbar from side control. Let’s tackle some of the main issues of hunting armbars from side control before we take a look at several setups. 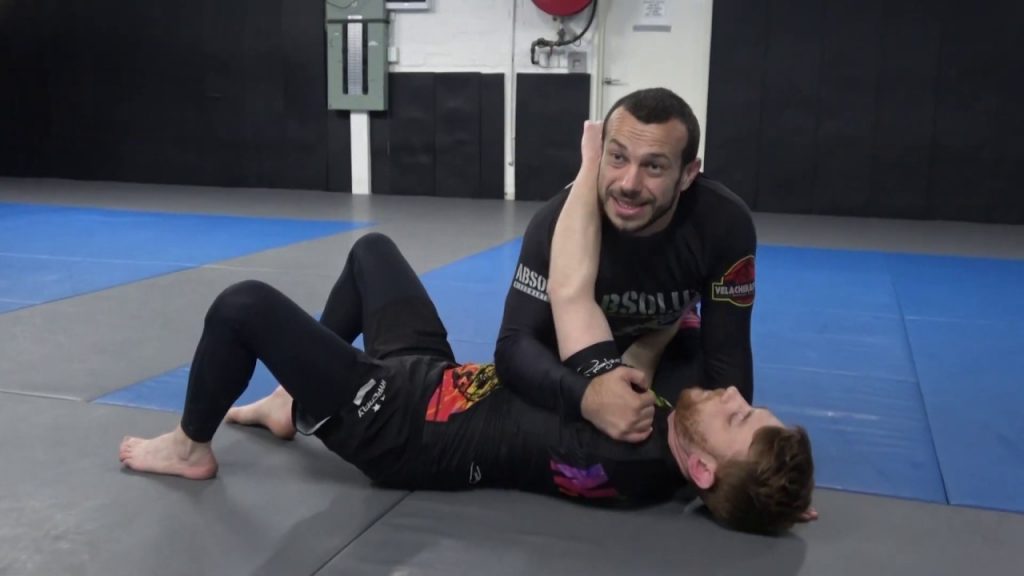 For the purpose f hitting an armbar from side control, you need to choose an arm first. Y can go on the near side, or the far side. A more common attack is the far side, as you can move between pinning each shoulder until you set up the perfect attack. That doesn’t mean near side armbars are not effective though. On the contrary, they’re even more unexpected the far side armbars.

The rule of thumb for success is with a side control armbar setup is this – you need to have the shoulder you’re attacking off the ground. At the same time, having it pinned to your body will make all the difference in the world when it comes to retaining position and having success with the armlock.

As I mentioned, the far side armbar from side control is a more common attack, due to the fact you can isolate it early on, and use the grips to maneuver your hips into position. Remember, with an armbar, it is all about how close your hips are to the opponent’s shoulder. All the other details fade in comparison to this.

A great setup is to control the far arm by hugging it with your hip side arm and trapping it with your head. The key here is not jumping around, but to remember that a side control pin has everything to do with the shoulders, and your goal is to get the hips behind the shoulder, not jump into a finished armbar. As you maneuver to the side, use your legs to windshield wiper the near side arm of the opponent. This will give you room to maneuver while giving you control over both shoulders. Remember to take your time, as doing more steps with your legs is better than looking to spin around in one motion.

Form a windshield wiper pin, lift the shoulder even further up and place the foot of your leg behind the opponent’s head. This is the leg that will eventually end up under the armpit. Only when you’re in place here (this is the step over) can you spin into position and still focus only on getting your hips as close as humanly possible to the opponent’s shoulder. Ending up in that position ensures you’ll get a tap with the armbar once you extend the arm.

2. Far Side Pop Up Armbar

You still want to begin with control of the far side arm, but this time, with your other arm, the one that’s closer to the opponent’s head. In fact, you want to get into north-south, while focusing on isolating the arm first. That means you’re retaining a pressure-style pin over both shoulders as you’re getting closer to the arm. From there, you switch the pin to a very dynamic one, by getting a Kimura grip (figure four) on the arm you’re attacking. This is a cheat code, as a Kimura grip from North-South gives you control over both shoulders.

The final entry into an armbar from side control is with a pop, where you both lift the shoulder-high off the ground and position your hips in the perfect post in one go. The Kimura grip gives you all the security you need to perform a jump or pop up without the risk of losing anything. The finish will come naturally from there.

3. A Slick Near Side Armbar

This is definitely a very sick way to set up an armbar from side control. It may be better suited for more experienced grapplers, but that doesn’t mean anyone can’t set it up. You just need to follow the pinning instructions correctly to get the submission.

You start off in a classic crossface side control position. The first order of business is to open up the near side elbow and tap it between your knee and elbow. You then open your body into a reverse Kesa Gatame type of position, taking the arm you’re controlling with you. In fact, what you want to do is threaten to go to mount (which you actually can if things don’t go your way). However, instead of going to the mount position, you’re looking to mount the arm of the opponent. To be more precise, you’re looking for an S-mount type of position, hooking your foot behind the neck.

Once again, the goal from there is to lean forward in order to get the hips as close and low as possible to the shoulder, while swinging your other leg over the head to get into a finishing position.