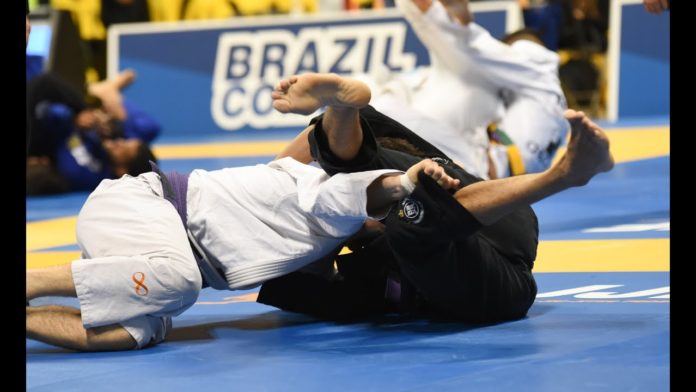 One of the toughest parts of Jiu-Jitsu is passing guard. In fact, it is so hard sometimes, that we take it all too seriously, and thus ensure that we have no chance of actually passing. That said, there are so many guards out there in BJJ that it is next to impossible to come up with specific and highly effective passes for each and every one of them. However, that has not stopped people from trying, which just ends up with a bunch of one-off techniques that are not really helpful in getting past the legs.

I am a fan of understanding the ways in which passing guard in Brazilian Jiu-Jitsu works. That said, even if we knew all the principles unless e apply some techniques, we won’t be actually able to get past people’s guards. However, that doesn’t mean that we have to be overly serious or methodical every time we do it. As long as we understand our goal and the principles that will get out there, we can be creative, and even funny with our means of passing guard. the best thing about such an approach is that it works… like a charm!

The Lost Art Of Having Fun In BJJ

Something that I really love doing when training Jiu-Jitsu is goof around. Not all fo the time, of course, but some of it, if not most,  for sure! And yes, I even do it in competition rolls and live matches! it is just fun to be able to do something completely out there, and perhaps even have it work. It is what pushes innovation forward, very often without actually looking for something. In fact, I do think we suffer from the phenomenon of “fear of trying” n BJJ at the moment.

What that basically means is that we are stuck trying to perfect and solve techniques out there that we see others do. We see Gordon Ryan doing heel hooks, Kennan cocoon wrapping folks in their GIs, Faria passing guard with extreme pressure ease and we try to replicate it all. Most often, our success is not even close to what we see. Why is that?

That is because we are not trying to achieve a goal (i.e. pass a guard) but rather apply a tool (a specific guard pass we saw online). Oftentimes it is just like trying to fit a square peg in a proud hole – it won’t work. Well, not without force, anyway. How do you think people came up with such moves as worm guards and specific heel hook grips? They did it by trying different things and not by trying to apply one thing to all situations.

The secret to actually trying things is not being afraid that you will fail. Because you will. that is for sure. How do you manage to try stuff and not be afraid to fail? Do fun stuff that you wouldn’t otherwise do. Why just try the same old passe over and over again when you can try a different approach to passing guard?

The following seven examples of guard passes are stuff that you probably consider to be an extremely low percentage. You would be right, most of the time. However, if you set the proverbial table right, they will be exactly the moves you need to get past those pesky legs. The best part is that it won’t matter if you’re trying to pass the guard of your garden variety blue belt or Bruno Malfacine himself – at least once, one of these passes will work like a charm.

There are plenty of reasons why a passing guard like this is effective. Turning around and jumping with your butt in the opponent’s face is something you wouldn’t try too many times. And yet, when you try it, you’ll actually get past the legs as if the best guard the bottom person as was a joke. Why not look into seven such passes that might end up changing the way you see passing in general? Don’t forget to see them done in the video at the end of the article. 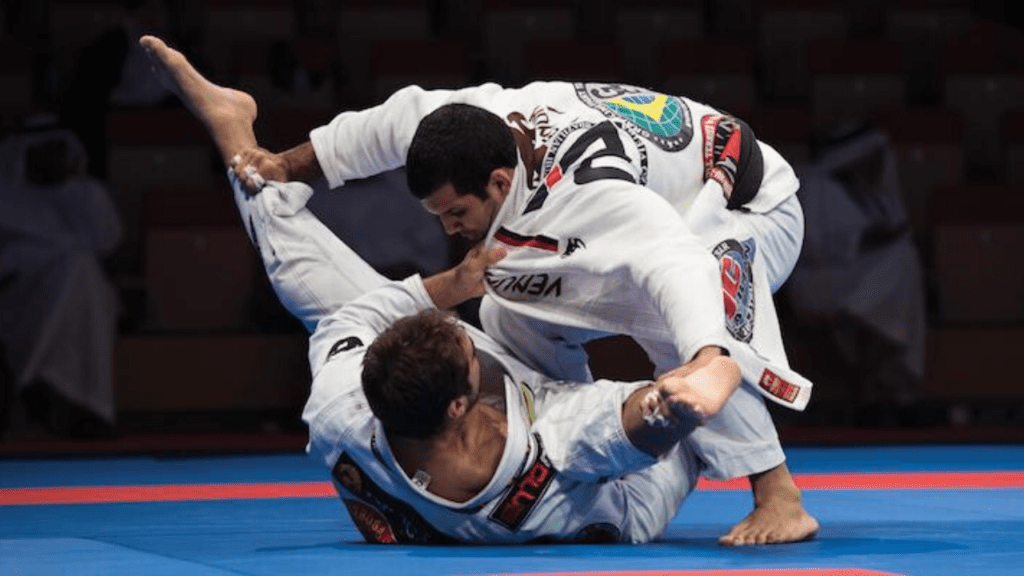 This pass is actually one I am using quite a lot, and it works! there are certain technical nuances behind it, but they won’t matter unless you’re in the perfect mindset to actually give this pass a try. All you need to do is whenever you see both feet of your opponent on the ground, and they have no grips on your legs, is to slide your hips forward and land straight into mount!

You can hold the opponent’s sleeves but it works even better when they are holding both of yours. The surprise factor is much bigger that way. You need t also be as relaxed as possible when doing this. From a technical standpoint, remember to stand on your toes as you project your hips forward – that way they will go further than if your feet are planted.

Also, a pass that seems like it shouldn’t (and wouldn’t) work, and yet, it does. It works particularly well against opponents in butterfly or other seated guards when you are half-kneeling. Of course, that table has to be set again, in terms of grips, but once you are there, all you need to do is place the near side leg’s shin as if you are doing knee on belly. Pushing off with the other leg will see you surf straight into the Knee On Belly position in an impressive and pretty effortless manner of passing guard.

This one will make training partners unfriend you on social media. It is so simple that it will offend people. Actually, this pass is the perfect example of the mindset you want to cultivate when trying new and fun stuff. It si so simple and obvious that both you and your partner won’t expect ti to work. That, as ti happens is also exactly why it works!

All you need to do for this pass is thread the leg in between any guard configuration and place the foot next to the opponent’s hip. Stay wary of leg locks and you’ll end up in knee on belly with ease once again. You literally just step your foot in between the opponent’s thigh and hip and glide past the legs.

This one is a variation of the leg drag that is actually much more powerful than the original. The original leg drag does allow for some leeway before you settle in the leg drag checkpoint position that comes before the pas. For this variation, you’ll do things in an easier manner. After you get the grip on the leg you’re going to drag across, you use your leg to step on the free leg and pin (staple) it to the ground. In fact, the action of stepping on the thigh will actually make your partner enter a leg drag position, and open up a direct way of passing guard.

This is more of a concept rather than a particular pass, but you do need to mess around with it because it is one of the best ways of passing guard. The idea si that you thirteen with a submission (a guillotine, a kimura, a wristlock, a leglock…) and use the threat of that submission to get past the legs. It is a dilemma attack that will surely land you one of the two – a tap to a pass. Using a guillotine that to get to the Truck position and finish a leg lock or go for the back is a great example.

Most people, especially old-school coaches will tell you to never turn your back to an opponent. I have one question for them all: Why? In regard to passing guard, spinning around is actually a very viable and effective option.

An example si the arm drag pass against a seated guard / shin-to-shin guard. The position of the opponent’s arm means you can grab an arm drag. What you get from such a grip is a handle, which you use as a pivot point to spin around the leg they are holding and end up behind them. You get a pass and you also get the back. Easy!

While this falls under the submission passing category, it still deserves a mention of its own. The thing with the Kimura grip is that it is so powerful that once you have it, you can pretty much do any dumb thing that comes to mind and get away with it. For example, you can just roll forward once you acquire the Kimura grip on an opponent that is in guard. You’ll end up[ quite far with your legs, but still be connected to them via the grip,. Not just that, but they will be powerless to come up top or do anything to stop you from getting a position of dominance.

The best part about this method of passing guard si that the Kimura grip is often readily available when people play guard. Just look for it next time you roll

Have fun when passing guard! The worst thing that can happen is you get swept or submitted. So what? You’ll still have a smile on your face and that means you actually retain the knowledge of what went wrong as opposed to spazzing around as if your life depends on it. Give some crazy passes a chance and enjoy the results. then take that mindset and apply it to everything else in BJJ: sweeps, submissions, escapes, transitions. have fun!