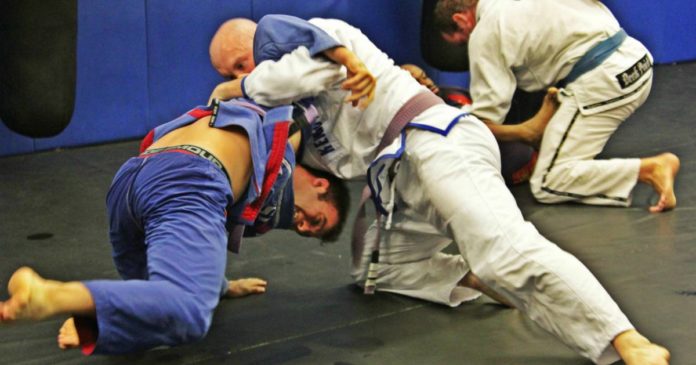 Is BJJ Dangerous? This is a question I often hear. It mostly comes from concerned parents of kids, or family members of adult members. It is also something people sneak in whenever they have their introductory class. The answer to that has to be an honest one, at least according to me. To that extent, I usually tell people that BJJ is no more dangerous than any other sport or athletic activity. That, however, has always been based on my experiences and not scientific evidence. However, when I did some research, I must confess I might be wrong about that answer.

The real answer is actually something that will probably surprise you. however, let’s come to the conclusion together by going through the data that is available out there. In combination with personal experiences, we can come to a quite conclusive answer to the question “is BJJ dangerous”? While I don’t expect people to agree based on personal experiences, the evidence is there to support the claim that while there are dangers to training Jiu-Jitsu, they are far from being even near what people think.

Where do I start? Everyone who has been injured in training or competition will definitely claim that BJJ can be dangerous. Those that have quit the sport as a result of such an injury will probably be most vocal about it. And yet, when it comes to figuring out the answer to the question is BJJ dangerous, things are not quite as black and white. There are, of course, plenty of variables to consider. In that sense, I’ll try to paint the fairest picture in regard to this question, even though I am obviously quite biased when it comes to this crazy sport.

In comparison to other martial arts, Brazilian Jiu-Jitsu actually has the fewest injuries per competitor. Granted, the study reflecting these only covered combat sports and competitions, but give that competing is the highest paced aspect of the sport. Basically, as expected, MMA has the highest percentage of injuries, with Wrestling, Taekwondo, and Judo all coming in before BJJ.

In search of the most complete answer to the question is BJJ dangerous, let’s look at as many possible variables and the evidence available before we draw a conclusion.

When it comes to injuries sustained in training, studies have found that people do get hurt regularly while training. However, most of those injuries are insignificant and have to do with the frequency of training. Compared to other martial arts, people that train BJJ do so with an average of four training sessions per week, doing lots of sparring in all of them. The addictive nature of BJJ means people spend more time on the mats and come to train even when they are tired or fatigued, which leads to injuries. That, however, does not make BJJ training dangerous, at least not more than any other sport, and not just a martial art. 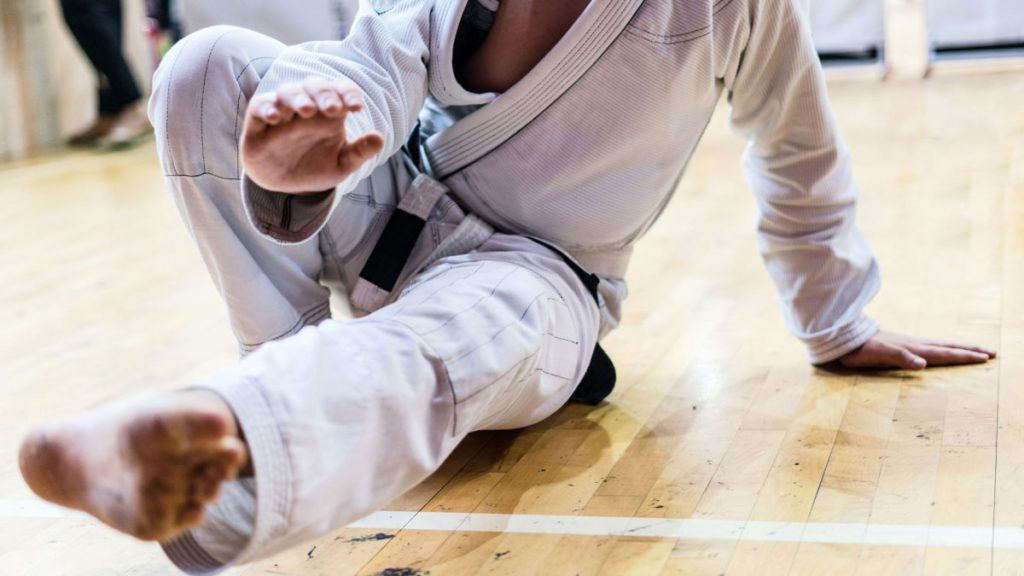 This is a huge variable that needs to be covered more by studies in order to provide a better answer to the question is BJJ dangerous. However, from what we can gather so far, all-out sparring (AKA rolling) and competition training do account for most of the injuries in Jiu-Jitsu, especially when takedowns are also part of the exchanges. The bottom line is that competition is always going to be slightly more dangerous than any form of training, whether it is recreational or competitive.

Basically, everything we covered so far shows that competing in Brazilian Jiu-Jitsu carries the highest risk of injury compared to every other aspect. However, in accordance with the first study we cited, BJJ competition injury rates are actually the lowest when it comes to combat sports, and actually, other sports as well. Even compared to football, the injury incidence in BJJ competitions is lower per 1.000 athletes.

While it is becoming clear the Jiu-Jitsu training and competition is no more dangerous than another sport, or perhaps even safer, the fact remains that injuries still happen. Knowing which injuries are more prevalent than others, and which techniques are the most common “culprits” will allow coaches to lower the incidence. With that, questions like “is BJJ dangerous” are going to become a thing of the past.

The body parts that take the most damage in Jiu-Jitsu seem to be the elbows, followed by the knees, ribs, and feet. This is in correlation with the armbar as the most common source of injuries to the elbows in competition. However, other studies, some conducted in training and others in competitive environments. came to slightly different conclusions. In one, knees are the most prevalent, which has to do with falling injuries due to takedowns more than anything else. Other studies cite shoulders, the ribcage, elbows, knees, feet, and toes. Basically, it all comes down to the same, with the extremities and ribcage being the common sites f injuries in BJJ.

What Belt Level Is The “Riskiest”?

While belt level does not necessarily mean a greater or lesser risk of injury, there is some data that suggest blue belt as the most common time to get an injury in BJJ. That doesn’t make the sport dangerous, as most of those injuries are minor. Studies suggest the same when it comes to competition, although the inclusion of leg locks after a certain belt level also means brown belts might wonder is BJJ dangerous? Having them train leg locks from day one as opposed to waiting until they’re eligible to do them is a great way of ensuring they can completely remove themselves from this statistic. 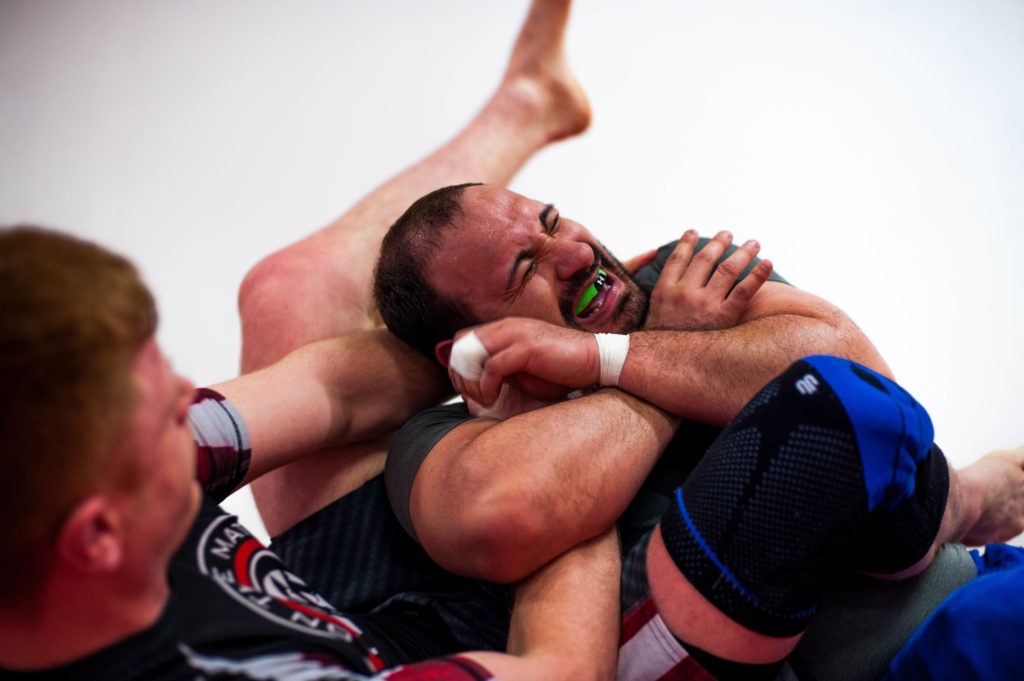 Probably get the biggest reason for injuries in BJJ, and the subsequent question is BJ Jdangerous is ego. unfortunately, the ego is not quantifiable and measurable, so there are no studies that can demonstrate just how dangerous ego is. That simply means that people are the biggest danger to themselves and not the sport or environment they engage in. With good coaches that know how to manage this in people, injury rates plummet. Luckily, most BJJ advanced belts are great at dealing with ego, having had to tame theirs along the way.

There are of course, other factors that we might consider when trying to figure out is BJJ dangerous. For example, there have been attempts to figure out whether or not choking can be a source of CTE. The bottom line here is that there is nothing to worry about. Other factors such as age might have a role to play, but they are far from being a huge factor in the overall assessment of how or even if, Jiu-Jitsu is dangerous.

So, all in all, is BJJ dangerous? I am going to revise my original answer that it is not more dangerous than any other sport and declared that it is actually safer than most other martial arts, and contact sports. From both personal experiences and the data that is available via peer-reviewed studies, it is not hard to see that Jiu-Jitsu is very safe, and is getting safer by the day. new training methodologies and the fact that the sport is evolving constantly mean that people are figuring out how to stay completely safe while training at high speeds and intensities. NOT many other sports can claim a similar thing.