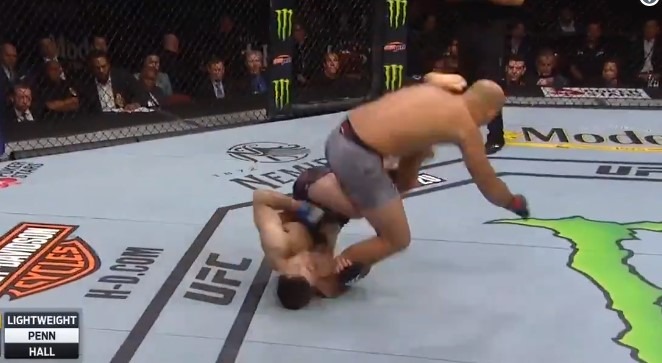 UFC 232 was the night of Ryan Hall when he became the first fighter ever to force UFC Hall of Famer BJ Penn to tap out in MMA Competition.

Ryan Hall made history at UFC 232 on Saturday when he became the first to force UFC Hall of Famer B.J. Penn to tap out in MMA competition. Ryan Hall needed about 2 minutes to force BJ Penn to tap via roll to a Heel Hook as you can see it a video below.

Watch Hall’s finish of Penn in the video below (via Twitter):

For complete coverage of UFC 232 and full fights videos make sure to check out the UFC Events section of the site.