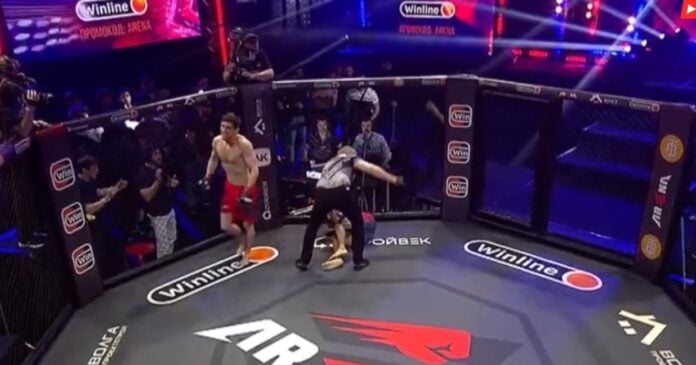 Tajik MMA fighter Muyasar Abutrobov was on his way to recording a victory in his second professional fight against Magomed Gadzhiev and embarked on a ‘submission’ when something unusual happened. It is not enough to say the unusual, as this is perhaps the first time in history that something like this has happened in a professional MMA fight.

The fighter grabbed the opponent’s ankle and started working the lever, although it is not yet completely clear which one exactly. He then tangled himself on his legs and injured himself after which the judge stopped the fight. As can be seen in the video, Abutrobov had complete control over the opponent, whom he kept chained to the cage and punished with blows to his hands and knees.

Then, for a reason known only to him, he started attacking the opponent’s leg and eventually lost the fight, and Magomed Gadzhiev was neither guilty nor obliged to record the victory.

The fight took place in the bantamweight category for the Russian MMA promotion Arena. We used to see all sorts of strange things in MMA sports and boxing, such as double knockouts, and in Russian promotions, we often saw “freak show” fights, but something like this was probably first seen in martial arts. 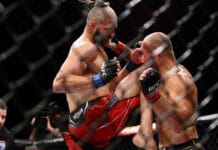