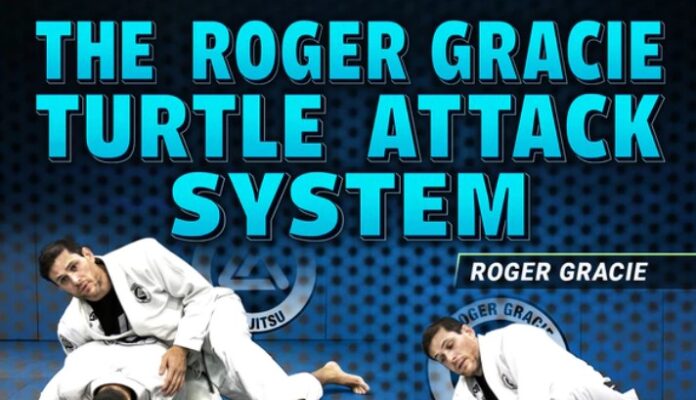 When Roger Gracie fights in a Jiu Jisu match, people know what is coming – something simple, something that is not flashy, something considered to be fundamental. And yet, by the end of the match, people start wondering… How come his opponent couldn’t get it out of his mount? Why did they tap to a collar choke? Didn’t they see it coming? Oh, they did see it coming but they couldn’t do anything about it. The Turtle Attacks System Roger Gracie BJJ DVD promises to teach you how to do the same to any turtled opponent. Let’s see if it delivers.

This is a three-part Brazilian Jiu-Jitsu instructional that addresses the problem of a turtle-up opponent. People turtling up has been an annoying occurrence in BJJ from the get-go. In the early days to BJJ, the Judo-style turtle position managed to anger many of the Gi players of the period. It was quickly solved though, via submission attacks and forced transitional movements.

This Roger Gracie BJJ DVD attempts to recreate the same in modern days. With a whole new dimension of playing a defensive turtle now available, the ‘Turtle Attacks System” promises to show you how to crack open any turtle you run into. Let’s see if we think it delivers on that promise.

Roger Gracie’s pedigree is unmistakable. The 10x BJJ World Champion and Strikeforce and UFC veteran is a black belt under Carlos Gracie Junior. His relation to the Gracie family is via his mother Reilla, who was the daughter of Carlos Gracie Sr.

Roger was considered by most to be the best BJJ competitor ever until the new breed of grapplers (Marcelo Garcia, and recently, Gordon Ryan) showed up. That said, he is still one of the greatest of all time. Nobody has replicated his insane achievements of submitting all of his opponents in his weight class and the absolute both in the IBJJF worlds and the ADCC.

He has a very pressure-based style and he favors a top game. His record of 76 wins and only 7 losses speaks clearly as to why you should be interested in any Roger Gracie BJJ DVD that you can get your hands on.

The subject matter of this DVD is highly entertaining. Dealing with the turtle position is going to become a priority in years, and I am not completely certain that people will find answers as quickly as they think. the turtle has evolved massively during the past 4-5 years, and it will take a very long time to figure it out.

That said, Roger Gracie seems to have a Turtle Attacks System that he believes will work against any type of turtle player. Roger is predominantly a Gi grappler, and so is this instructional. In it Gracie shares his methods for breaking down turtled opponents, exposing them to submissions, and preventing them from getting into better positions from the turtle.

Of course, his system is heavy on the back takes again the turtle which is where the main controversy lies, given the modern turtle.

Anything Roger Gracie demonstrates is going to be uber-simple. He loves the fundamental stuff, so if you’re looking for cartwheeling and spinning ways of breaking down the turtle, this Roger Gracie BJJ DVD is not for you.

What I mean by that is that even the most seasoned black belts will learn a thing or two about some of the fundamentals of attacking turtled opponents. At the same time, white and blue belts will also understand how the fundamentals of the top game vs the turtle work. Simply put, an instructional fit for anyone training Jiu-Jitsu.

The instructional contains 3 parts. The first one lasts 30 minutes, while the second and third go over 40 minutes in length. That brings the total playing time of this Roger Gracie DVD to just under 2 hours.

Audiovisually everything is in HD, and as is the standard model, the material is available in DVD format and as a digital download.

Roger begins with a short introduction about the goal of the instructional. The first chapter covers positional control and some key concepts on how to keep the turtling player under pressure.

These chapters are followed up by three direct submission attacks. Roger launches a direct clock choke, a crucifix transition, and reverse Omoplata as his go-to moves. In each of them, he shares awesome cool little details that you might not have known before.

The question remains, will they really work against a modern top-level turtle player?

There are two multi-chapter sections to this portion of the DVD. Roger begins by discussing ways in which you can move your opponent when they’re completely turtled up. The directions include rolling someone overusing head control and forcing them into side control in a couple of different ways.

The second portion of this Roger Gracie BJJ DVD looks into back takes vs. a turtled opponent.  As expected it is all about hooks, starting with getting the first hook in and managing to follow up with the other one to get points. An interesting section is the one on maintaining the turtle position, something that is quite useful as you do not want the turtled opponent to have the option of initiation movement.

The final part of Roger’s “Turtle Attack System” looks into reactive moves that will allow you to follow up on a turtled-up opponent’s movements and allow you to attack effectively.

Subjects that Gracie covers include reacting when an opponent sits to guard, preventing guard recovery, and creating gaps to exploit in order to make sure the turtle is broken down and you have a top position.

There are also a few chapters on hook placement, and ideas on how to open up space to sneak hooks in. In between all of those positional attacks is a sneaky armlock entry that might just end up working fine.

Considering this Roger Gracie BJJ instructional DVD’s technical aspects and quality of content, we come to an overall score for this instructional that I’ll deliberate in short below.

As per usual, there is no doubt about the technical aspect of the @Turtle Attacks [email protected] Roger Gracie BJJ DVD. It is produced by the leading industry standard, BJJ fanatics, which guarantees that the video, audio, camerawork, and production of the instructional is of the best possible quality.

In terms of Roger, he is an amazing instructor and knows how to teach BJJ at the highest levels. Despite being a Brazilian this English is immaculate (which might have to do with the fact he has been living in London for about 3 decades).

Given the specificity of the subject, it is more than enough in terms of length. However, I cannot in good heart give this DVD a grade higher than 6, and that is me being generous. The subject matter is most definitely one that is very needed. The approach, though is the complete opposite.

The modern turtle game is basically bulletproof to all the bullets that Roger depicts in the form of attacks in this instructional… positional or finishing. Apart from perhaps some ideas on how to hold a turtled-up opponent down in the turtle, all the other stuff is at best hard to pull off and at worst, will get you into deep trouble by attempting it.

Feeling generous here. If you want to learn from Roger Gracie, perhaps checking out one of his other DVDs is a smarter move. You could, of course, give his Turtle Attack System a try. However, I can guarantee two things: first, it will only work against people that have no idea how to play a solid BJJ turtle (which will leave you with a false sense of confidence). Second, you will be embarrassed by a top-level turtle player, so much so, that you might end up swearing at Roger.

I am certain that there will be a Roer Gracie BJJ DVD that is going to help solve the modern turtle position puzzle in Jiu-JItsu. I am also certain that this “Turtle Attack System” instructional is not it. Unless you’re looking to complete a Roger Gracie DVD collection out of some fetish, then feel free to completely skip over this one. 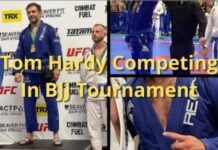