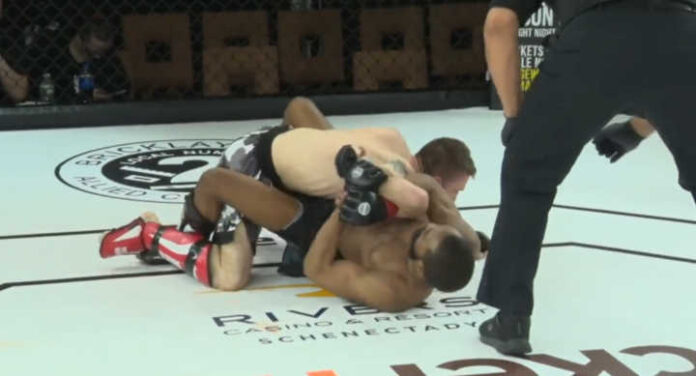 This one is really hard to watch!

In amateur MMA competitions, we rarely see attractive finishes, partly because of slightly more restrictive rules than in professional MMA, and partly certainly because of the poorer experience of most contestants.

However, fighter Jahliel Palmer came to just one such ‘atypical’ ending for an amateur fight at Cage Wars 52. Palmer fought Cole Farascio, for whom this was generally his first MMA appearance, while for Palmer this was his second. At the end of the first round, Farasci found himself in Palmer’s guard, who caught the kimura grip from the lower position and tried to finish it.

Palmer did not loosen his grip but continued the attack, while Farasci refused to tap and his arm simply broke.

Watch the video of this brutal ending below: