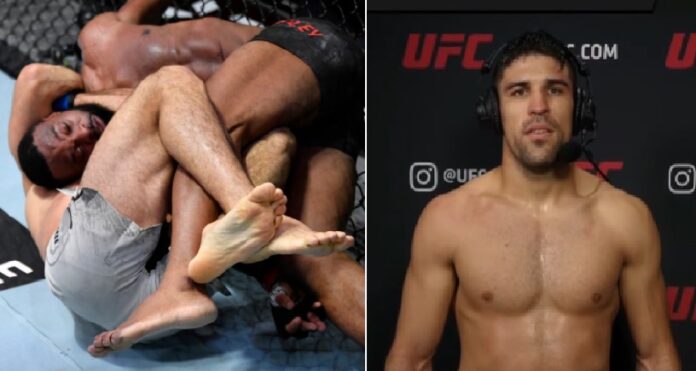 Vicente Luque submitted Tyron Woodley with Darce Choke for the biggest win of his career in the UFC 260 co-main event.

It wasn’t easy for Vicente Luque to pull such an amazing victory as Tyron Woodley was very aggressive at the beginning of the fight. Tyron was aiming for the knockout very early at the start, but Luque was able to preserve the pressure and managed to take Woodley to the ground with his own series of kicks and punches followed by a powerful Darce choke.

“It was a great fight. I knew Woodley was a legend, a champ, He really hits hard. That’s what I’m going to do. If I get hard, I’m going to pushing forward, look for the knockout, looking for the finish.” – said Luque after the fight