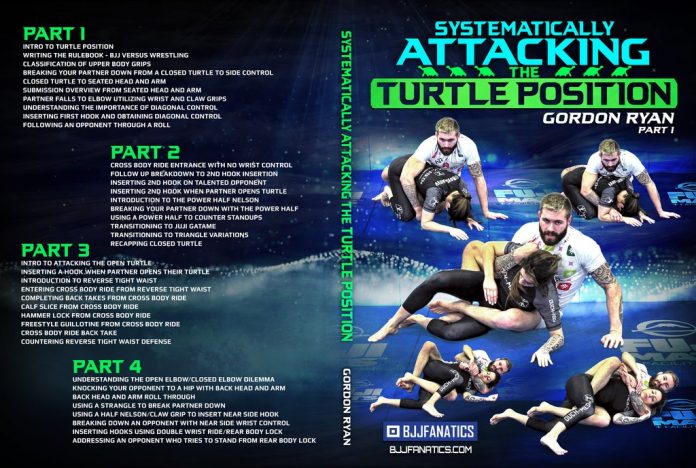 Gordon Ryan might have retired (however shortly) from competing, but he definitely didn’t retire from issuing DVD instructionals. Of course, everyone is more than happy to jump on and get the latest thing to come from the “King”. this time around, it is yet another installment of his “Systematically Attacking” series. What Ryan systematizes now is the turtle position, or rather how to deal with people that turtle up. Systematically Attacking The Turtle is the latest Gordon Ryan DVD, and, as far as I am concerned, the best of the bunch so far.

Gordon Ryan might be a one of a kind competitor and all, but he is definitely one of the world’s top BJJ coaches as well. Plus, he has really mastered the art of teaching through DVDs in the past few years. Apart from his very first fluke DVD, which was about lifting weights, all his BJJ related ones are top-level instructionals. He has several so far, but not all are aa part of the same series. After winning the ADCC he came out with a very unique type of DVD, outlining what he did in all of his history-making fights. Systematically Attacking The Turtle is the latest in a long line of Ryan DVD instructionals that are actively shaping the world of Brazilian Jiu-Jitsu.

Ryan burst on the competition scene as part of the Danaher Death Squad during the early days of EBI. Just like with all the other members of the squad, people already knew his name on the local competition scene before Danaher gave him the all-clear to start competing at a bigger stage. Suffice to say, Ryan took the opportunity and never stopped winning since those days. After winning several EBIs he became the guy to beat and people started lining up to fight him. 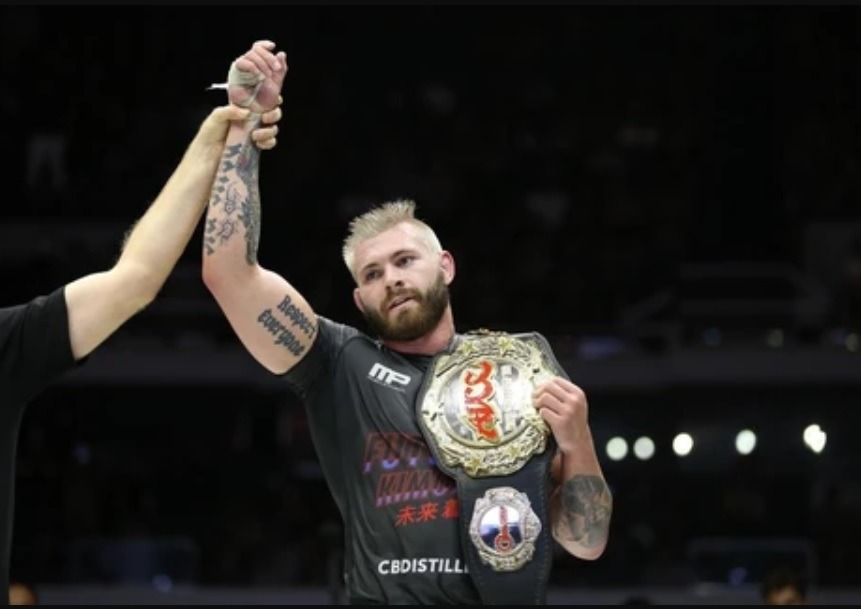 That led to a host of super fights under different rulesets that really showed Ryan is something else. he didn’t stop there, trying his hand at the IBJJF No-Gi worlds, which he won with ease in 2019. The same holds true for the ADCC, which he won twice in his category, and once in the absolute. All of this pretty much confirmed that he is the ‘King” ate least when ti comes to No-Gi Jiu-Jitsu.

During the King’s reign, he also dedicated himself to sharing knowledge with the BJJ community. Earlier instructionals, apart from his early weight lifting DVD and the latest one on his ADCC success were on the subjects of guard passing and the closed guard, respectively. Both are amazing, and I’m using stuff I picked up from them on a regular basis. However, this latest Ryan DVD, “Systematically Attacking the Turtle” is something of a masterpiece, even by Ryan’s standards.

The Turtle Problem In BJJ

If there was any subject that Ryan could choose for a DVD that would guarantee success for his instructional that is the turtle position. People turtling up is one of the most annoying things that can happen in BJJ. So much so, in fact, that people have elaborate defensive concepts and even guards based on the turtle position.

In simple terms, as long as someone understands how to turtle up properly, there’s not much you can do to them apart from the circle around them. Granted, they might not have attacks, or even further escapes at their disposal, but neither will you. There’s only one way of dealing with a turtled up opponent – open that turtle up! And that’s where most people run into all kinds of challenges. Well, Systematically Attacking the Turtle is the Gordon Ryan DVD claiming to be able to change that once and for all. Does it hold up to this claim?

This Gordon Ryan DVD follows the same pattern as his previous ones, particularly those in the “Systematically Attacking” series. It has 8 volumes and follows a very clear progression throughout. IN that sense, every DVD covers a different aspect of the turtle, starting with some really key basic principles and concepts. he then goes on to explore how he approaches opening up turtled opponents.

I also have to mention that Systematically Attacking the turtle is Ryan’s technically richest instructional so far. There are more than a dozen chapters in each of the 8 volumes, covering insane levels of detail that blend the best of BJJ, wrestling, and Judo, given how popular the turtle position can be in all three grappling martial arts. Before he wraps up, Ryan uses the final two volumes to go over some rolling, part of it including breakdown commentaries and including a lot of turtle situations that often come up in training.

In the opening sequence, Ryan goes over an introduction to the turtle position and starts at the very beginning – grips. From there on, he goes into ways of breaking down turtled up opponents into side control, which is one of the best outcomes versus the turtle. He also covers seating back and going to the back as well.

The following suit is a submission overview from the so-called “seated head and arm” position. Fro there, as is usual with any Ryan DVD, there are a lot of options that depend on the reactions of the opponent. Something that really made sense for me was in the final few chapters of the first volume of Systematically attacking the Turtle.  Those address the concept of diagonal control, particularly with the help of hooks. The final chapter focuses on how to follow people when they attempt to roll out of the turtle.

How do wrestlers deal with turtled up opponents? They do “rides’. That is something most of us in BJJ isn’t really accustomed to using. Well, Ryan and this DVD, in particular, is about to change that for good. The second volume starts off with a cross-body ride that opens up a bunch of other opportunities. From there on, Ryan goes into several different ways of inserting the second hook in on different opponents under different circumstances.

Another huge wrestling staple makes an appearance in this portion of the instructional. it is the half Nelson, or the Power half nelson, to be particular. Ryan offers different ways of breaking people down with it, as well as opening up submissions, like Juji Gatame and triangles.

This is where Gordon Ryan start exploring the so-called open turtle position. This is a more dynamic version of the turtle and henceforth, one that requires different means of attack. Whenever partners decide to open parts of the turtle themselves you need to capitalize, and Ryan ahs the perfect recipe. He demonstrates how to get hooks in and how to act from the reverse tight waist. This is a position that is quickly becoming my best friend, particularly given that it offers great ways of getting to the back.

When it comes to submissions, there are several in this part of the Systematically Attacking the Turtle DVD that we usually do not associate with Ryan. For example, there’s a calf slicer there, followed by a hammerlock, both executed from the cross-body ride. There’s also a freestyle guillotine in there to really round off the attacking options in this part of this Gordon Ryan DVD. 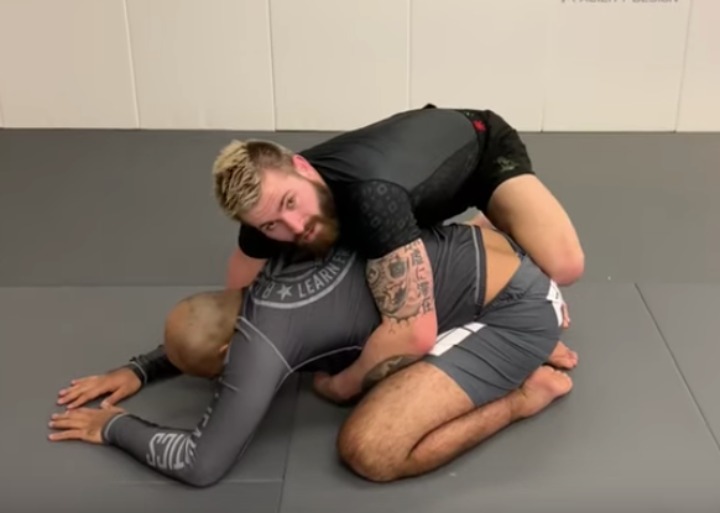 Another part of this DVD is extremely important, at least according to me. In it, Ryan clarifies the open and closed below dilemma and how it pertains to the turtle position. He also shows a crazy cool way of knocking people over to their hip that’s extremely logical and easy to do.

A reason why I particularly enjoyed this part of the DVD is that Ryan explains a lot of the stuff we usually do, but goes in really deep into every possible detail. He goes over the head and arm roll through, using strangles to break people down and some more Half nelson craziness. The rear body lock also makes an appearance here, offering alternatives even when people try to stand up from the turtle position.

This one is easily the most fun volume of the entire Systematically Attacking the Turtle Gordon Ryan DVD. It has to do with the Crucifix position. It is one of the most devastating positions you can enter against people that are turtled up. Ryan explains every step fo the way, from trapping the near arm to transitioning to the Crucifix via the crackdown and the Phoenix eye.

One of the hardest things about the Crucifix position is positioning the legs correctly so that the opponent doesn’t slide away. Ryan has several checkpoints in that sense that have really helped me clean up the way I set up the crucifix. Several more ways of breaking people down follow, including a few rolling ones. Of course, there’s a couple of submissions in there as well, in the form of armbars and strangles.

Speaking of fun volumes, this one is also very entertaining. However, this is the one that’s more on the advanced side of things, as it requires you to have timing already developed. In this volume, Ryan goes over countering rolls from the turtle and using them to keep the position open and make your opponent vulnerable. The subjects include near side rolling and the maki Komi roll. Moreover, there are options in terms of opponents standing up with both their outside or inside leg as a lead. This is a shorter volume than the others in this DVD, but one of the most important ones to master when it comes to dealing with the turtle.

The reason I’m going over the final two volumes of the Systematically Attacking the Turtle Gordon Ryan DVD together is that they both include footage of Ryan rolling.  There are six rolls in each volume, with the first half of them coming with a breakdown commentary by Ryan himself. Also, in the first six rolls, Ryan spends a lot more time breaking turtled opponents down, compared to the final chapter, where he rolls openly with his partners. This is a great way of seeing how his system works and how and when he uses the concepts and techniques outlined above.

Once again, a great Gordon Ryan DVD. Yet, compared to previous instructionals, I have to say that Systematically Attacking The Turtle is Ryan’s best work so far, without a doubt. It is organized perfectly, tackles a very important subject, and introduces other grappling martial arts solutions into the frame. In other words, the perfect grappling DVD.