ell, if there’s one positive thing about the COVID-19 isolation it has to be that there is time to go over the new Marcelo Garcia DVDs. Yeah, that’s right, there’s more than one new Marcelo Garcia BJJ instructional. In fact, if his previous one was good (which it was- read the review), then this one is that much better. Namely, Marcelo has talked about most of his favorite positions in detail before, like the butterfly guard and the guillotine, for example. However, the North-South Choke, particularly the way he does it, has remained a closely guarded secret. Until now. Marcelo’s latest instruction is The complete North-South Choke DVD and it is the BJJ instructional of the year if you ask me.

You don’t have to like the North-South Choke in order to become good at it. YOu can use it as an opportunistic attack, given how often you’ll end up in the North-South position anyway. Regardless if it is your go-to attack or just an ace up your sleeve, you want to learn how to do it from the best. And there’ no person alive that’s better at the North-South choke than Marcelo Garcia. the thing is, he never had a fully detailed instructional on the subject, but rather just bits and pieces over the years. Finally, his Complete North-South Choke DVD is here to clear up everything about this amazingly efficient BJJ strangle.

Marcelo Garcia is one of the most exciting grapplers to ever live. In fact, I still have him right up there as the GOAT, at least until such a time that he and Ryan battle it out. And with Marcelo hinting about coming out of retirement, it may just happen. However, we’ll have to wait on it, obviously longer than expected with this world under a quarantine situation. And in the meantime, Marcelo sure has a way of keeping our minds off the fact we’re stranded at home with no Jiu-Jitsu. 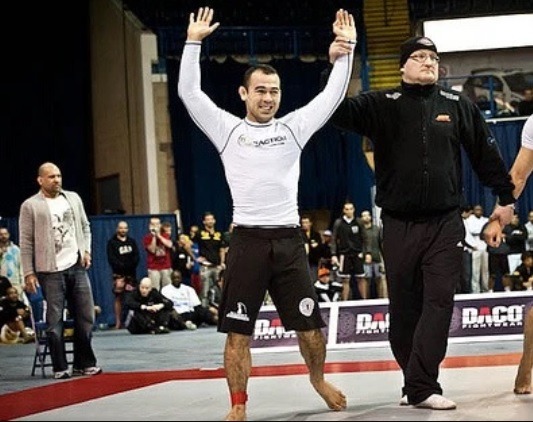 I’m still going through lots of the detail in Marcelo’s latest Butterfly Guard DVD. It is an amazing piece of instructional and I actually decided to set up most of the classes in my academy according to it. Once we go back, and have a guard on the curriculum, of course.  That said, I was always interested in how he sets up that dreaded North-South choke that has forced so many of the highest level grapplers to tap. And so far, marcel sure did a great thing of not exposing his secrets.

To be honest, I have no idea why he changed his mind, but the Complete North-South Choke DVD is now out, and every juicy detail Marcelo has is in there. Finally!

Have you ever tried pulling off a North-South choke? It is not easy, by all means. the strangle looks deceptively simple but is quite complex in essence. One thing to consider is that you don’t have an arm in to use triangle choking mechanics (although Marcelo does show a variation of that in the Complete North-South Choke DVD). Being a D’arce and guillotine man myself, I’ve always wondered how Marcel got it to work so perfectly.

My take on this elusive choke was to try and find instructions on it by Marcelo’s black belts. It worked to a point, particularly given the information Emily Kwok had to provide. However, things were still not completely clear. And now that the Complete North-South Choke DVD is here, it is clear why – there’s so much more to this choke than I, and pretty much everyone, originally thought.

The essentials in the Complete North-South Choke DVD are simple. You get a pristine BJJ instructional, divided into four parts. Marcelo shares groundbreaking concepts and tips on how to set up, finish, recover, and basically, pull off the North-South choke every time you go after it. and it includes some extremely interesting variations as well.

The instructional opens up with the basics, and move son to explore different position setups later on. Past the halfway point, It is all about variations, both in finishing and re-countering your opponent’s reactions. The final volume covers some advanced positional setups as well as adjustments to make the choke virtually inescapable.

After a short intro, it is right down to business. the first thing Marcelo Garcia shares about the North-South Choke is how to block the opponent’s arms. Before you even think fo setting the choke up, you need to use your chest to make sure you can adjust the finer aspects of it. A crucial and never before shared detail right off the bat.

Alignment, positioning, and grip concepts come next. As suspected, there’s a lot more to the grip than just Gable gripping your palms together. In fact, there is a surprising amount of details in the elbow positioning department too. Oh, and when you get to the part about using the toes to get a base, you’ll have your mind blown. Expect to spend some time letting the information in this part sink in.

Setting up the North-South choke from the top half guard? It can not only be done, but it is also extremely efficient. But why stay there? the Complete North Sout hChoke DVD will teach you to get it from everywhere, including the mount. In fact, there are entries from just about any top position.

The second portion of this part covers a few more crucial details, the likes of countering the head turn and sneaking the arm underneath the head. It is probably redundant to mention that this instructional is No-Gi as this chokes works best without the Gi. Angles of attack are also a subject of this volume, as are re-gripping options that help you make the choke even tighter.

In part 3 of this Marcelo Garcia DVD, you’ll find one of the most interesting North-South choke variations ever – the arm in North-South choke. I never really thought it is a high percentage choke, before now. Now, it is the one thing I’m itching to actually try against people on the mats.

Apart from this variation, there’s lots of information about introducing your legs into the fight. When it comes to battling your opponent’s arms, you’ll be doing that for most of your time in the North-South Choke. Marcelo likes to sue the knees to break grips, clear the arms, and even deal with frames.

Finally, there’ a beyond cool transition to the North-South from the seatbelt escape that will have people holding their heads. Moreover, there’s also a way to get the North-South off of a closed guard opening. The Complete North-South Choke DD is simply unbelievable.

The final portion of the instructional has a lot of info inside on getting to the strangle from the knee on belly position. It is a position that opens up the choke, but, Marcel Garcia has some new (to all of us) details to share on how to make your opponents give the choke up.

There are also a lot of transitions from armbar,s through arm trapping, and even side headlocks that end in the North-South choke. A special mention to the double arm wrap, as it is something I can’t wait to introduce in my game. A section everyone will enjoy is the one on finishing the choke with just one arm, which is something you will want to do after watching this Marcel Garcia DVD.

Wrapping the entire Complete North-South CHoke DVD up is a portion on holding on and making the strangle work even when the opponent trie to get away using momentum escapes. Priceless!

As you can see from our review, Marcelo Garcia holds nothing back in this instructional. It is the ultimate guide to everything North-South choke related, and as such, is mandatory for everyone that trains grappling. Think of this DVD as you did of Danaher’s leg lock instructional – finally, the secret is out via the Complete North-South Choke DVD. You simply can’t miss this one! 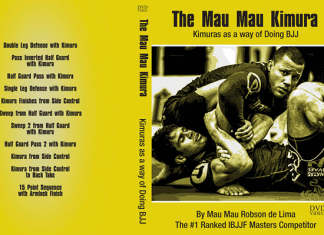 0
When it comes to innovation in Jiu-Jitsu, people take certain moves for granted. For example, moves like the armbar, Kimura or rear naked choke...