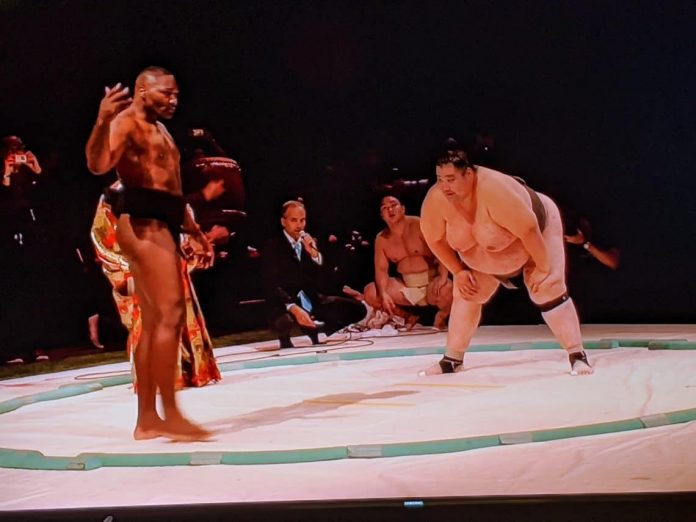 Have you ever considered sumo wrestling? I’m not talking about becoming huge and competing for ina professional sumo wrestling tournaments. I’m talking about looking into the art to figure out aspects of it that might be helpful for BJJ. We “steal” stuff all the time from all other grappling martial arts anyway, so it figures that there should be something Sumo has to offer as well. The answer is that there are lots to learn from Sumo for BJJ, we just need to open up our minds and recognize what will work. And no, it does not refer to ultra-heavyweights only.

Grappling cross-training is a logical way of advancing in grappling martial arts. Given that Brazilian Jiu–Jitsu does not suffer from the dogmas other arts and sports have, it is free to feed upon anything that comes out of grappling sports and can be useful. Sumo for BJJ is a little bit out there, I know. However, there are certain aspects of this art that can really help improve your БJJ, especially when it comes to standing exchanges.

Perhaps you did not know this, but Sumo has its’ roots in ritual Shinto dancing. Shinto dancing was a ritual where the most powerful men showcased their skills in front of the gods. This was believed to put the gods in a good mood so they would provide a good harvest. From the dance, Sumo evolved into a way to prove how ready someone was for hand to hand combat – an initiation of sorts. After a while, professional wrestlers emerged, turning Sumo into a sport and giving it the foundation upon which modern Sumo was built. 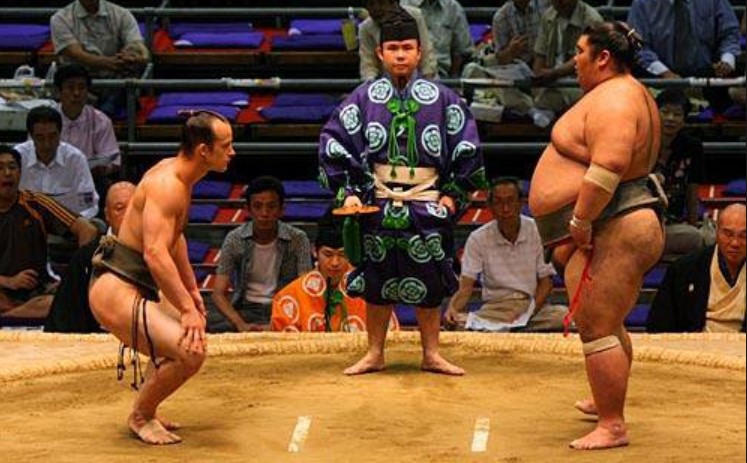 Sumo wrestling might seem funny, with grown overweight men sporting man buns and nothing but a huge thong try to push each other outside of a really small ring. However, there’s a lot of technique and tactics to it. Basically, Sumo is the oldest organized sport, dating back more than 1.500 years ago. It has gone through many changes throughout the years and has seen Korean, Chinese, and Mongolian wrestling influences during that time.

“Sumo”, in a loose translation means “mutual bruising”. I guess if it wasn’t already taken, it would be the perfect description for Jiu-jitsu. Early Sumo was in fact a rough affair. It was not just grappling, but rudimentary boxing as well and had very few rules. It was basically, hand to hand combat with more rituals than actual fighting. Even women were allowed to compete in early Sumo wrestling bouts.

Sumo as a sport really took off in the 17th century, during the Edo period in Japan. It went into a crazy phase in the 18th century with bouts featuring topless women wrestling blind man and similar unorthodox matchups. A more ceremonial form of Sumo, one that gave homage to the early roots of Shinto as well as a modern wrestling-style format were introduced in the 20th century, giving Sumo the form we know today. This is exactly the Sumo for BJJ we need to be looking to in order to improve as grapplers.

While there is a case to be made for Sumo For BJJ, the rules that define Sumo as a sport are far fewer and much simpler than any other grappling martial art. The main rule is very simple – nothing but your feet can touch the ground. The most obvious rule is that nobody can step outside the bounds of the marked ring, otherwise, they concede the match.

Illegal moves include the usual when it comes to grappling sports: eye gouging, hair pulling, closed fist strikes (slaps are allowed), and grabbing the crotch area. Interestingly enough, choking is also prohibited, even though you can open-palm strike the throat area.

Sumo wrestling has no weight classes (duh) and being as heavy as possible provides an advantage to wrestlers. that is precisely why they try to be as big as possible. However, agility also plays a huge part in Sumo too, as sidestepping is often a tactic that only smaller Sumo writers can utilize.

Today’s sumo takes place in a ring, and consists of ceremonies that last longer than the matches themselves. In Japan, foreigners are now also allowed to try their hand in Sumo, something that was not an option until a short while ago.

Sumo matches have no time limit, but they usually don’t take too long, given the rules that determine a winner. However, the longest Sumo match in history lasted for 32 minutes.

Finally, let’s see the ways in which we can use Sumo for BJJ. Sumo does have a variety of techniques that, apart from slaps, include throws, leg trips, thrusting, an intricate grip fighting system, body drops, and specialized moves. You can see how BJJ can pick up on useful details from Sumo. 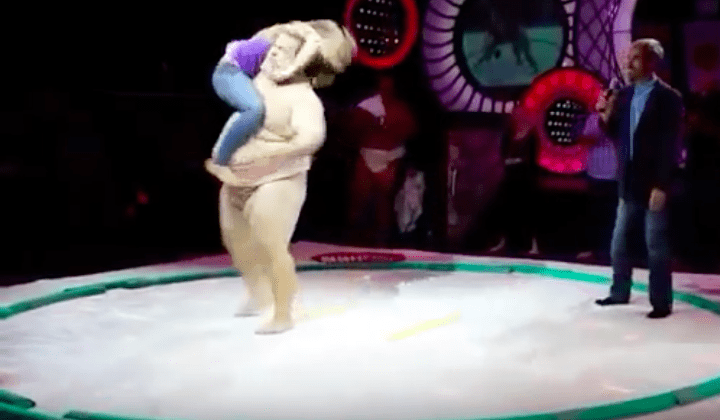 First and foremost, an ara in which Brazilian Jiu-Jitsu really needs to improve in – clinching. Sumo wrestlers do favorize the over-under clinch, although double underhooks are also an option. However, the way they control the clinch is different, given that the worst thing that can happen is someone pushing you outside the bounds of the ring. the ways in which Sumo wrestlers control and brak the clinch are unlike any other grappling martial art out there.

The single leg is another area where Sumo For BJJ makes sense. Sumo wrestlers do like to go for single leg variations, given their size. However, they have a twist to the traditional single leg. Different grip variations, including grabbing the thigh with an undrehook from the outside, or an overhook from the inside ara common in Sumo.

Speaking of takedowns, the throws Sumo employs are kind of Judo-like but do not include the use of a Gi. In other words, they’re perfect for No-Gi, particularly some neat body drops that nobody is going to expect. As far as I am concerned, the twisting throws and takedowns, (involving control over an arm, a leg, or Nelson likE head control) have a lot of potential when it comes to Brazilain Jiu-Jitsu or MMA for that matter.

Sumo For BJJ is perhaps not the most obvious option for grappling cross-training, especially compared to the likes of Judo, wrestling, Sambo, catch werstling, etc, which appear to have a lot more carryover. However, Sumo is highly technical and does employ unorthodox ways of controlling an opponent. While it may any not offer as many different takedown options it does offer a way to control someone in a clinch and force them into corners of the ring where you can apply your game. In other words, it is the perfect thing to supplement your Jiu-Jitsu – people won’t know what hit them, and the techniques are not hard to master.