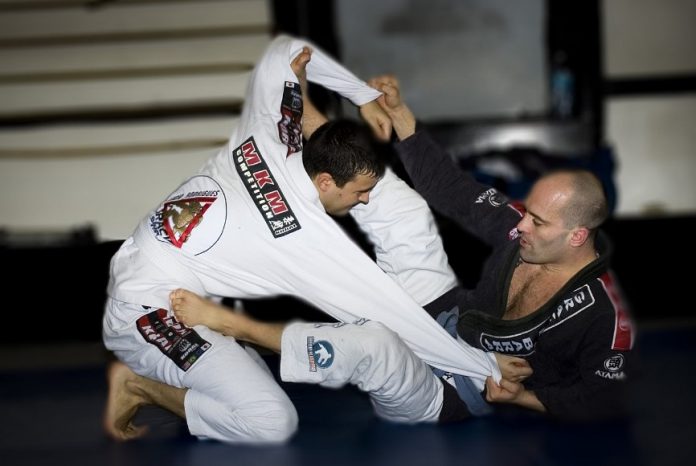 Who should you spend most of your time on the mats training with and sparring against?

One of my martial arts mentors, Dan Inosanto, said it best; “You make your fastest progress when you’re sparring people just a little bit better or a little bit worse than you.”

This makes a lot of sense.

How often are you really going to land a good technique on someone that much better than you?  Not very often!

Now imagine the opposite: that you’re a brown belt and you only ever spar white belts…  Are they really going to give you much of a challenge?  Not likely.

Against those white belts you may be able to drill your offensive techniques, but they won’t keep you on your toes and take advantage of your mistakes.  So you run the risk of getting sloppy and complacent.

Of course you should sometimes spar people much much better or much much worse than you.  You can definiteiy learn from doing that occasionally.

But if you want to get better fast then you should spend the majority of your time – somewhere between 50% and 80% of your matches – sparring against people more or less your own level.

Written by Stephan Kesting from Grapplearts.com:

In the video below I go a little bit deeper into this topic, but now at least you have the general idea.